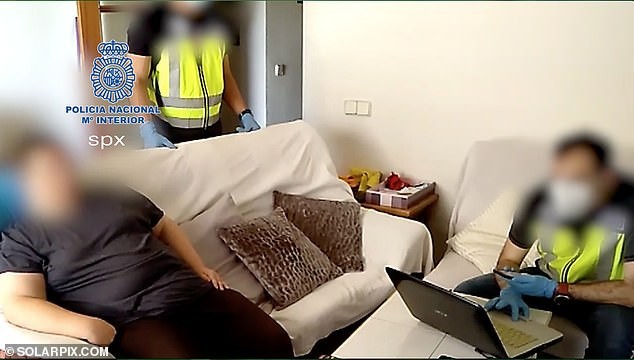 A man has been arrested on suspicion of hacking the home security cameras of more than 70 families around the world and obtaining more than 1,000 images of naked children.

Police say the alleged paedophile who is British, was arrested in Spain.

He was arrested by Spanish police in Benidorm following a tip-off from colleagues in Queensland in Australia.

Police discovered his real identity after breaking through tight cyber security he had established.

He obtained explicit footage by hacking families’ IP indoor home security cameras including that of children based in Britain as well as the US, Canada and Brazil.

A spokesman for Spain’s National Police confirmed: ‘Officers have arrested an alleged paedophile in Benidorm who had managed to access the home security cameras of more than 70 families in different countries around the world and obtained more than 1,000 videos of naked children.

‘He also allegedly sexually harassed at least 11 minors he filmed naked and sometimes threatened after they accessed video chats.

‘Investigations began when officers from the Task Force Argos, a branch of the Queensland Police Service responsible for the investigation of online child exploitation and abuse, discovered sexual images they suspected were of a child from an area in the Pacific.

‘Their analysis pointed to the images being modified and posted online from Spain.

‘Spanish National Police then began a process of close cooperation with their Australian colleagues to try to identify and detain the person responsible.’

Police say the suspect operated under different user names online to post his sordid images, the Spanish force added in a statement:

‘National Police specialists also discovered he offered his services as a babysitter and, taking advantage of his British nationality, worked as a home tutor teaching English.

‘This work enables him to have around 10 pupils, which heightened the concern of investigators who decided to proceed to arrest him.’

The police spokesman said: ‘ The home security cameras he hacked are designed to enable parents to monitor their kids when they are not at home and can be accessed over mobiles.

‘If they are not properly configured they are very vulnerable.

‘In this case more than than 1,000 videos belonging to families from countries like Brazil, the US, the UK and Canada among others have been found.

‘It has also been discovered that on at least one occasion, the suspect obtained images of the underwear of the children he tutored privately and filmed without their knowledge.

‘He is now being held on remand in prison following a court appearance as the investigation against him continues.’ 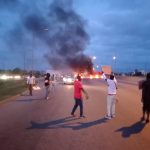