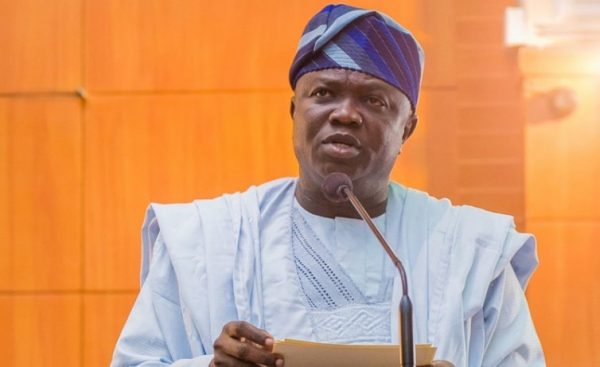 This measure became necessary following recent boat mishap which occurred last Sunday afternoon, when a boat with about 19 passengers on board, along Ilashe area, suddenly capsized in the middle of the lagoon, killing 12 passengers instantly, while four were rescued.

In a swift reaction, the state government blamed the cause of unfortunate mishap to overloading of passengers on a Banana Boat and operation of illegal jetty.

The State Government said the mishap had again brought to the fore the need for the National Inland Waterways Authority, NIWA, to respect the recent verdict of the Court of Appeal which upheld the powers of the State Government to control its intra-inland waterways.

While commiserating with the people during the presentation of the life jackets to Ilashe Community heads, late Thursday, Managing Director of the State Waterways Authority, LASWA, Engr. Abisola Kamson, described the incident as “unfortunate and a very sad one.”

According to her, “On behalf of Governor of Lagos State, Mr. Akinwunmi Ambode, we sincerely send our deepest condolences and sympathize with the entire community.

“We are here to support and to appreciate and to let you know that we are not far, you can reach us at any time. So, again, on this day, we are here and this will be the first of many of this type of community meetings and discussions to show support and to make sure that what happened on Sunday never happens again”, she said.

Meanwhile, Hon. Paul Kalejaiye, the Chief Executive Officer (CEO)/Chairman of Lagos Ferry Services told journalists at the event that the governor had directed the agency on procurement of seven fleet of modern ferries before the end of the year.

Kalejaiye explained that move “is to set a standard for operators and to gradually phase out old and substandard ferries plying the Lagos waterways.”

He continued, “The Governor has just approved that Lagos State Ferry Service should embark on procurement of world class ferries which he had promised residents and the world class ferries are expected just before the end of the year so as to ensure that we can give Lagosians a Christmas gift.

“We can do a model service on water like we have done on roads. The Lag Ferry experience is being emulated by some other states. So, if Lag Ferry is able to run a model ferry service, it becomes example for other private operators to emulate. We are going to set the standard, if government set the standard, others will emulate.

Kalejaiye, also disclosed plans by the state government for the g construction of a jetty at Ilashe for the use of the people of the community. “The Commissioner of Waterfront and Infrastructure had assured that Ilashe community would be considered for the construction of a model and an ideal jetty.”

He added that the distribution of life jacket to riverine community was going to be a continuous exercise adding that in two weeks time, they are starting with Ikorodu because of the large number of people who uses waterways in the axis.

Kalejaiye, therefore, charged boat operators to make sure that they make life jackets available for their passengers saying the government alone cannot do everything for them.

“So, what we have come here to do is an interventionist policy to ensure that we can also assuage the sufferings of those who use our waterways”, he said.

Tiamiyu disclosed this during a-Two-day training for workers of the agency.

According to hi, “LASEMA received about 80,000 emergency calls daily, which has necessitated the state government to consider establishing emergency units soon in each of the 57 councils in the state to reduce response time to emergencies.”

Tiamiyu said the government had been acquiring equipment, adding that the two new jet skis were already in the possession of the agency.

He said, “Setting up an emergency unit on the sea takes a lot of efforts and funds; but I am happy that LASEMA now has two jet skis that will run on waterways to take divers to accident spots.”

LASEMA boss called for the support of residents, saying government alone could not do the job alone. 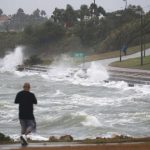