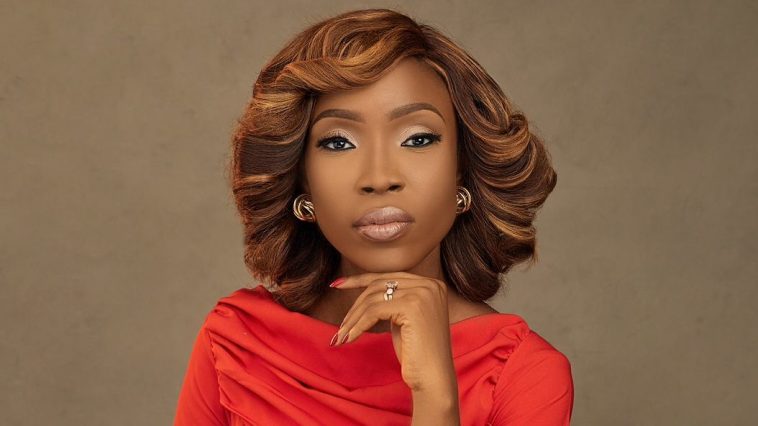 Actress, Lala Akindoju has criticized the Nigerian political leaders for not attempting to show empathy towards the citizens who elected them.

She said it’s troubling that despite the increase in insecurity in the country, Nigerian leaders carry on as though all is well. She added that they attend parties, give speeches but don’t tackle the issues plaguing the nation.

She also criticized the leaders for setting aside only 2 days for the constitution review, noting that they spend way more time and resources on political campaigns rallies. 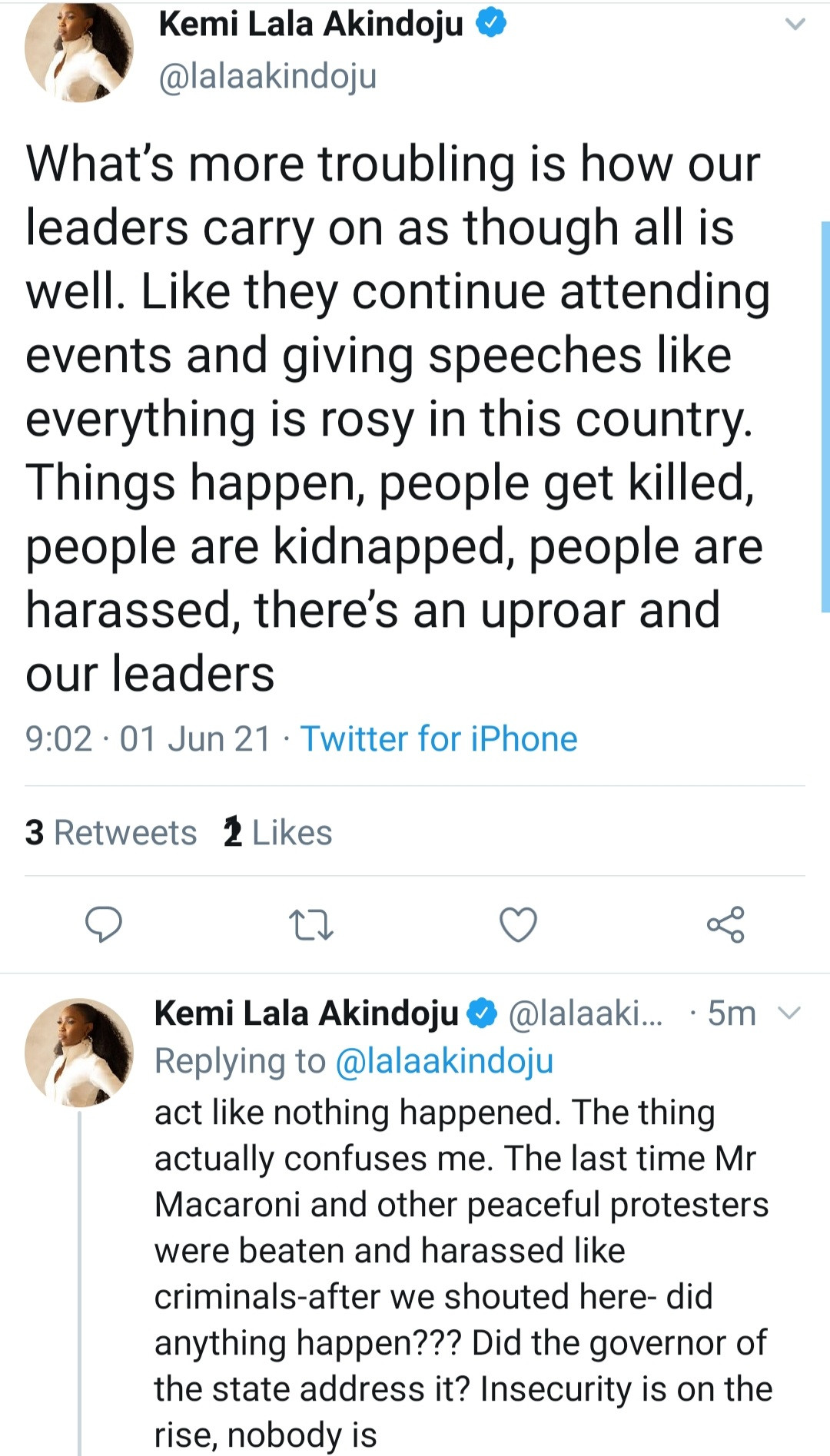 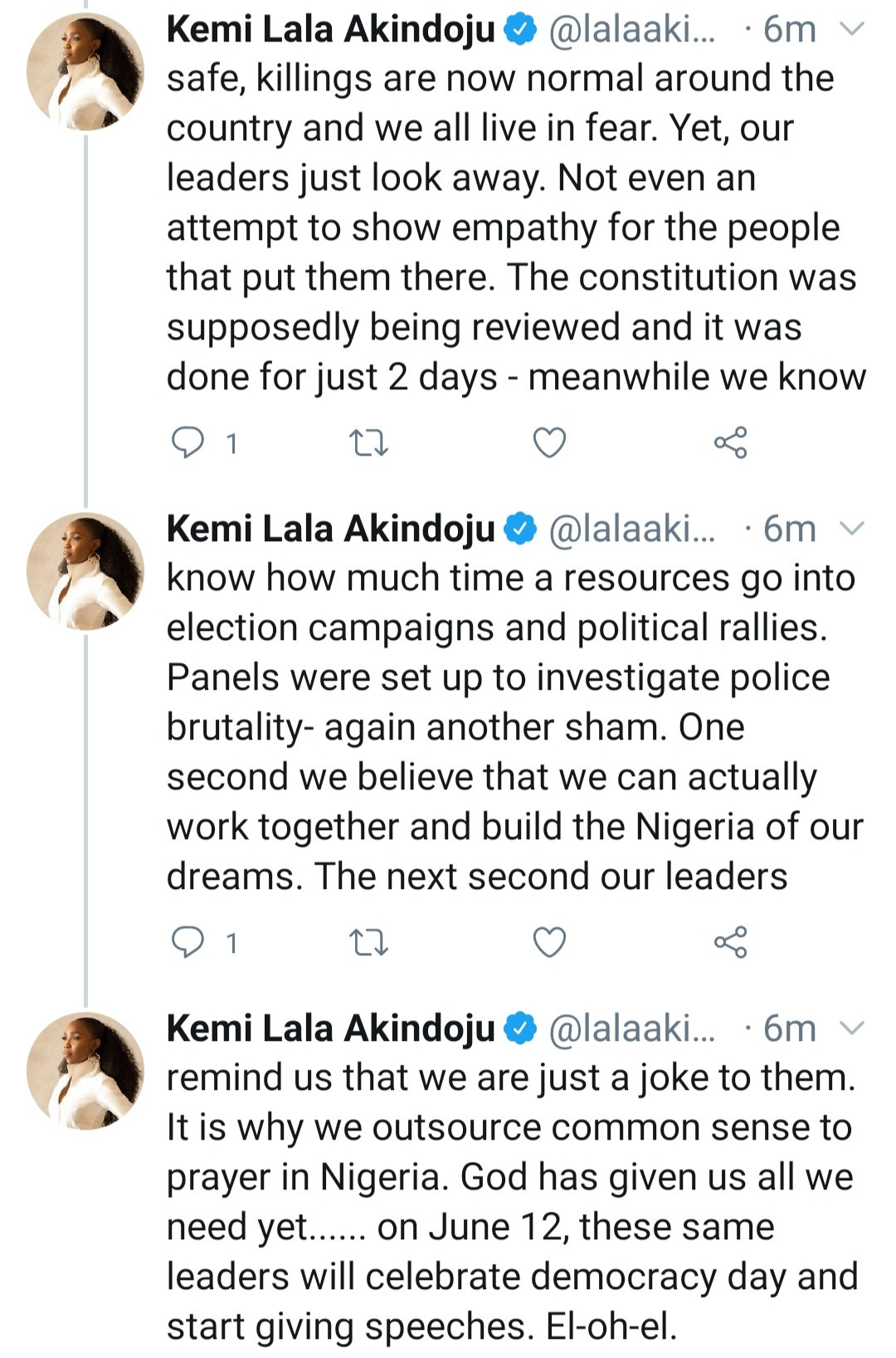 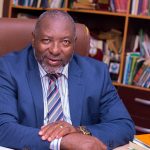 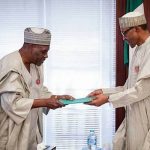