Kwara State (APC) the All Progressives Congress, has accused Senate President Bukola Saraki and Gov. Abdulfatah Ahmed of crippling the local government system in the state as well as impoverishing the people.

Rafiu Ajakaiye, the spokesman to the APC governorship candidate in Kwara, Abdulrahman Abdulrazaq, said this in a statement in Ilorin on Sunday.

Ajakaiye was reacting to a statement credited to Ahmed that the Muhammadu Buhari administration brought hardship to the people at the grassroots by crippling local government administration.

“ The truth is that the governor and his boss (Saraki) conditioned our people to poverty and underdevelopment, not Buhari.

“We recall that protests by some local government chairmen including Dele Abiodun of Ekiti and Engineer Ajimati of Oyun local governments against this evil diversion of council funds were met with unlawful gestapo-like dismissal.

“It took the erudition of their lordships of the Court of Appeal and Supreme Court to reverse this,” Ajakaye added.

He said local councils in the state had been unable to serve the grassroots, execute any project or pay salaries because of the continued diversion of their funds by the state government.

“How is Buhari guilty of this? Has Buhari ever withheld funds to any of these councils? If not, on what basis can anyone accuse him of impoverishing the grassroots?

“The governor’s statement was a dubious yet failed attempt to deceive the public on the true state of the situation and this is both irresponsible and devilish.

“It exposes the governor and his boss as politicians who exploit people’s lack of access to basic education and information, which they systematically perpetuate, to lie over issues of governance,” he said.

Ajakaiye said no amount of falsehood would save the governor and his party from defeat. 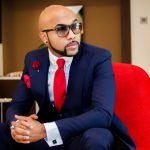 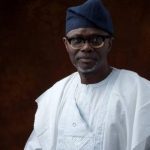