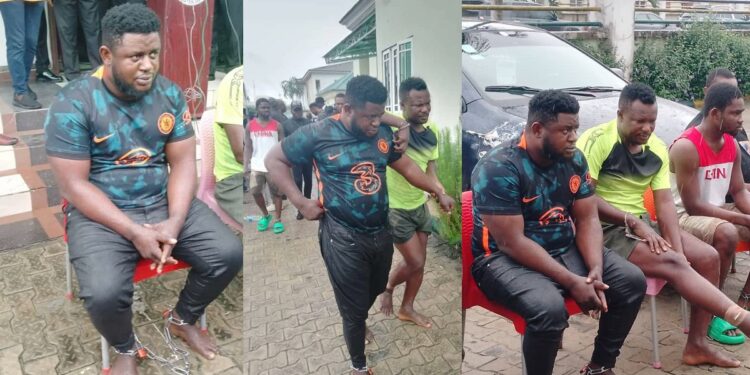 The Bayelsa state Commissioner of Police, Ben Okolo, has disclosed that kidnap kingpin John Ewa, was laid off from the bank where he served as a cleaner, after he was caught on camera stealing money.

Ewa and three of his accomplice were paraded by the state police command on Tuesday, September 27.

During the parade, the Police Commissioner said the group on December 8, kidnapped a bank manager, one Akeeb Oladele Olushola ‘m’ 48, from his residence at Old Commissioners Quarters Opolo. He was released on the 12th of December after paying a ransom of Eighty (N80) Million Naira. He said similarly, the group also abducted one Danjuma Omeje, 41, a Manager of a new generation Bank in Yenagoa was kidnaped at his residence at Okaka, Yenagoa, on  30th June 2022. He was later released on 14th July 2022 after paying a ransom of 60 million naira – thirty (N30) Million Naira cash and US Dollar equivalent of thirty (N30) Million Naira.

Ewa confessed to having collected Ten (10) Thousand US Dollars from the ransom collected in the kidnap of Danjuma Omeje.

Speaking on TVC this morning, the police boss said Ewa was dismissed from the bank as a cleaner after he was caught on camera stealing from bundles of naira notes.

”He was a former staff of a New generation bank. They laid him off since 2003. They caught him pilfering. Sometimes customers go home and the bundles will not be complete. They set up a CCTV and caught him that he was pilfering. He is no more working in the bank but he has knowledge of the people, where they live and it is their residents that he actually monitored.”Okolo said 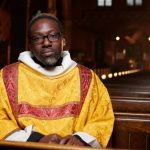