The 23 Local Government Areas of Kaduna State have commenced the payment of the new National Minimum wage of N30,000 to their workers.

The Executive Chairman of Kajuru Local Council, Cafra Casino, confirmed this to Channels Television in an interview on behalf of his colleagues.

He explained that the payment took effect from September and cut across all civil servants from grade level one to 16.

Casino said that the implementation of the new minimum wage at the local government level was to support Governor Nasir El-Rufai’s effort at strengthening the civil service and improving the welfare of workers in the state.

He also noted that all the 23 local governments in the state enjoy full autonomy and control their finances.

According to the Kajuru LG boss, this practice has made the chairmen not only to pay workers’ salaries but to also execute other developmental projects at the grassroots.

The Commissioner for Local Governments and Chieftaincy Affairs, Jafaru Sank, also confirmed the development in another interview with Channels Television.

He explained that workers from grade levels one to six would receive a higher percentage of minimum wage than those from seven to 16.

Sank said that the successful implementation of the new minimum wage for local government workers was due to the reforms carried out by the Local Government Service Commission.

This, according to him, include blocking all financial leakages, cutting down the cost of governance, and screening out ghost and redundant workers from the public service.

With the successful implementation of the new minimum wage, the commissioner urged the workers to reciprocate the gesture by demonstrating a high level of commitment, steadfastness, and dedication in the discharge of their duties. 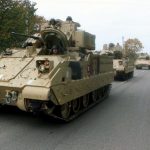