The new wife of Ghanaian actor ,Chris Attoh has been shot dead. 44-year-old Bettie Jenifer was shot in the head in the parking lot of a Maryland office building on Friday.

Jenifer, who recently got married to Ghanaian actor, Chris Attoh, had left the office in the 6300 block of Ivy Lane, and was walking to her car, when a man armed with a handgun approached her, the Greenbelt Police Department said.

Gistmania uncovered that when she tried to run away, the man followed her and fired off multiple rounds, with at least one shot striking her. He then fled in a vehicle. She was declared dead at the scene.

The killer was described as black and having a thin build with black hair. He was wearing dark clothing and may have been in a blue car.

The couple married in October 2018, shortly after Chris divorced his first wife and actress, Damilola Adegbite.
Last week, Chris sparked speculation on social media that his marriage was on the rocks after he deleted all of Bettie’s pictures from his Instagram page .

Jenifer got married to Chris Attoh last year, but their marriage was reportedly on the rocks after Attoh signalled the traditional sign of trouble in a celebrity marriage by deleting all her photos off his Instagram page.

We are yet to see Attoh’s reaction to this news, but would be on the watch out for it.

Police in Greenbelt, Maryland says the suspect is likely a black man with a thin build and with black hair. He was wearing dark clothing and may have been in a blue car.

May Jenifer rest in peace. 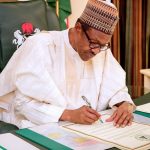 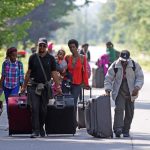