The administration of the University of Ibadan, and its scholastic union, Academic Staff Union of Universities, ASUU have denounced and dismissed the new cut-off mark for university admission for 2017/2018 scholarly timetable.

This position was contained in a statement titled, “On the Recently Announced cut off Marks of 120 for University Admission: our position in UI”, released from the Office of the Vice Chancellor of the institution, Professor Abel Idowu Olayinka.

The statement declared, “The Management of the University of Ibadan wishes to inform the public about the recently announced cut off marks of 120 for University Admission that UI will not lower her standards” , adding, “the Nigeria’s premier university still maintains her position in academic excellence and standards in order to continue to aspire towards becoming a world-class university”.

The statement reads, “It should worry us as patriots that candidates who scored just 30 percent in UTME can be admitted into some of our universities. Yet, we complain of poor quality of our graduates. You can hardly build something on nothing. The consolation here is that since JAMB started conducting this qualifying exam in 1978, UI has never admitted any candidate who scored less than 200 marks out of the maximum 400 marks.

“This translates to a minimum of 50 percent. This remains our position as an institution aspiring to be world -class. Reality is that only about four other universities in the country have such high standard. To that extent, apart from being the oldest, we are an elite university in the country at least judging by the quality of our intakes”.

The statement continued, “In fairness to the Registrar of JAMB, Prof Ishaq Oloyede, he repeatedly stressed at the Combined Policy Meeting held Tuesday, 22 August 2017 that the Senate of each university still has wide powers for admission in the spirit of autonomy. It is also gratifying to note that the Honourable Minister of Education, Mallam Adamu Adamu, who chaired the meeting, apologised publicly for canceling Post UTME Screening last year.

“In effect, universities are now allowed to conduct Post UTME test, using modalities approved by the Senate of each institution. To be fair to the incumbent Registrar of JAMB, he was not the registrar when the policy somersault of cancelling Post UTME test was made last year. Prof Oloyede’s appointment was effective 1 August, 2016, while the Policy Meeting for that year had held some two months earlier.  As strongly canvassed by us at every opportunity, for UI, the need to admit the best admission seekers is the primary motivation for Post UTME test and not money, even though we do not pretend that you can run any university so properly called without funds.”

Also, during an interview with some newsmen in Ibadan, ASUU Chairman, Dr. Deji Omole said that the development was bad for the nation’s education, adding, “This is a sad policy decision for the future of Nigeria.

Annoyingly, Omole accused the JAMB registrar of presiding over illegality, saying “30 percent of those in higher institutions do not take JAMB or have less than the cut-off marks. The admission process is now automated with direct involvement of the registrar of JAMB for final approval. We have agreed to regularise admissions that were done under the table this year. From next year we will not accept anything like that”.

He said that rather than sanctioning the identified universities who admitted over 17,000 students illegally, the JAMB authority simply regularised illegality and lowered cut-off marks to favour the interests of the friends of government who owns private universities and are hell bent on destroying public education.

Omole called for the scrapping of JAMB for out-living its useful existence, adding, “It is sad that the present administration’s dream was to destroy education in Nigeria. Where are those that the JAMB registrar said that entered universities illegally? Which universities admitted them? If 30 percent did not take JAMB and found their way into the university system is that not corruption and a message that JAMB is not significant anymore?

“What sanction did those who did the illegal thing receive other than regularisation of illegality? We are watching because long before now we have said that JAMB has outlived its usefulness. Let the universities set their unique standards and those who are qualified can come in. 120/400 is 30 percent. Even in those days 40 percent was graded as pass. But now JAMB said with F9 which is scoring 30 percent can be admitted. They deliberately want to destroy education”. 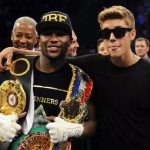 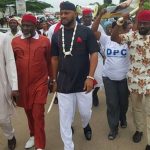