Stanley Osinachi, a suspected member of the Eastern Security Network, ESN, who alongside his other members attempted to attack the Imo police headquarters on Sunday, June 6, has said that their funding comes from their supporters abroad and that their charms were prepared by Aguleri native doctors in Anambra State.

Osinachi who is from Mbieri in Mbaitoli local government area of the state, said this when he was speaking at the Imo police command in Owerri, where he was paraded alongside the lifeless bodies of his gang members including their ring leader, Dragon, killed in an exchange of gunfire with the special forces on Sunday.

Speaking on how he was recruited, Osinachi said

“Dragon recruited me by calling me on phone to join the Eastern Security Network, ESN, I was recruited for the past three days. Even when I wanted to leave he said he will kill me. Our camp is at Akabo in Ikeduru local government area, that is where we normally operate from and plan for our operation and Dragon told us that part of our plan is to be killing and burning police stations.”

On how he was arrested, the suspect said

“Policemen got me when we came out as early as 4am to attack Owerri, we are more than 7 in number, coming to attack and five of us were killed by the police I am the only person that survived. I want to tell you that in our camp is only dragon that wears military uniform and our charms are prepared at Aguleri in Anambra state. My arrest is in God’s time everything that happens is according to God’s wish.”

When asked how they get their sponsorship, he said

“It is our people from abroad that send money to us through Dragon, it is dragon that will go and collect the money and bring it for our feeding and other of our needs.”

On how they get their guns for operation, he said

“Dragon tell us to kill police people and collect their guns for us to use it for operation. We even kidnapped a police woman officer, and kept her in our custody so that she will be given us information.” 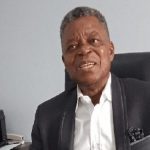 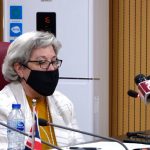