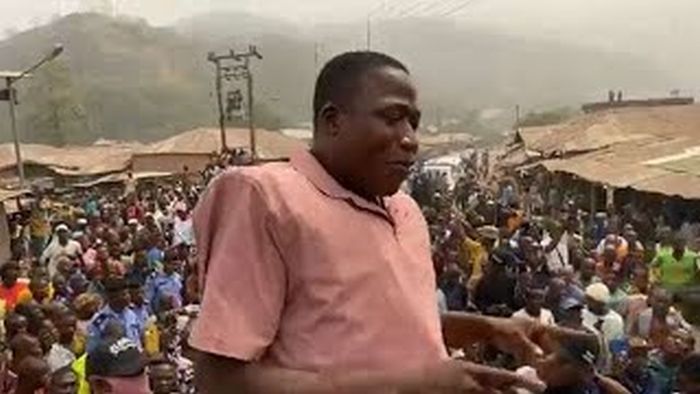 “Hello Femi. I have been trying to reach Sowore. Tell him Igboho has just been arrested in Benin Republic. Let this be out as soon as possible please.” This was the call I received in the early hours of today, Tuesday, 20th July 2021 from an ally of Chief Sunday Adeyemo, a.k.a Sunday Igboho. It was exactly 1.14am, believed to be about 15 minutes after he was arrested.
I am putting this forward because I have noticed that our lackluster stance towards documenting happenings clearly opens room for a lot of retrogressive debates.

It is verifiable that Sahara Reporters published the story FIRST before any media outfit, locally or internationally. Immediately I got the call, I reached out to the appropriate quarters to get the story out. Expectedly, the team was up to work.
The Nnamdi Kanu occurrence was the first thing that came to mind after the call. I had posted confidently on my social media accounts that Kanu’s was an outright abduction before anyone started talking about such, because I know that if his capturing had involved just one known security agency in the world, the news would have filtered out. It wouldn’t have been possible to keep him for ?8 days in a unknown place. I told myself such must not repeat itself and sleep left my already drowsy self.

But for the timely reporting by Sahara Reporters on the arrest,  “Ibu owo Baba Dami” would have been given the Kanu treatment, I so much believe.
If you have tasted state brutality before, you would understand that it is no respecter of status especially when the state has perceived that you are or you are becoming an existential threat to their fiefdom.
As I write this, he’s still in custody as against the WhatsApp broadcasts around that he is free and on his way to Germany.

I write this as an intervention, so as to make the agitators even though we disagree on methods, on diagnosis of our problems and on the drug prescription, see that it is crystal clear that we are all being attacked by common enemies and we must keep watching for one another. There is an urgent need for all oppressed persons to unite now. Anything less of uniting, we will perish separately.

Talking about methods of struggle, it is important now, more than before, for the Odu’a agitators to become organized in the argument for self-determination. Among other things that need serious review is the rhetorics of mysticism or some special treatment of Igboho.

These must be tackled immediately. The propaganda around how spiritually powerful Igboho is, how he must have disappeared from custody and appeared on the plane to Germany, how he couldn’t have been arrested; that he surrendered himself (how do you surrender yourself in Benin, on your way to Germany?), how one of his aides was shot 48 times by the DSS (who was counting?) etc. All must be trashed. These rhetorics are demobilizing genuine people who have heads sitting on their shoulders. Many are getting high on these illusions. This is the naked truth many don’t want to hear. Am I mobilizing for the Odu’a Nation? Maybe No. But for us in the RevolutionNow campaign , the earlier the contradictions in the secessionist agitations are exposed, the satisfied we are. We don’t see the need to defend the truth. The truth is static. It does not go anywhere. People come to it.

Still on mysticism, I belong to a movement that is part of coalition that argues for a total overhaul of our systems (Revolution) as the way out for all peoples in this part of the world. One of the conveners of the movement; prominent in the struggle, Sowore has proven time and again that there’s nothing mystical about him. If it’s about the cheap necklace he loves to wear, he wore same the day he was shot. He has been dragged, harassed, abducted, tortured, like every other Nigerian fighting for survival. The movement has experienced steady growth through these actions of mobilization. By posing as a person of mystical powers in a struggle that involves the masses who are on different levels of consciousness, you are only telling them that you are the Superman who can solve their problems by some magic wand. If Sowore was like that, by now, he would be the only one protesting in all the campaigns the Coalition has called. There’s nothing mysterious about the problems facing us. The solution would also not be mysterious.

I think I would prefer to hear Comrade Igboho and not Igboho Oosa.

I have been detained in one of the deadliest prisons in Nigeria, where all charms known and unknown get neutralized at the first “German gate”. Weren’t the 47 Odu’a Nation protesters just granted bail since July 3rd? The Ogboni King among them could not disappear from Area F.

I am making this intervention now so that my children will not read somewhere someday that while we were fighting to be liberated, a man appeared and strangled Buhari in Office. The future should be for smarter kids and not those of us who believed the 99-1 India Vs Nigeria match. Unfortunately, we are treading that path unconsciously, with “educated” people championing such narrative. More harm to ours struggles, if you ask me.

Away from mysticism, shall we look at methods?

When the issue of Igboho’s intervention started freshly, I have criticized the method of organizing defence against the killers in Igangan and other parts. Igboho could not be moving from one place to another. It’s not sustainable. People have the rights to defend themselves, especially when the government has failed woefully. It is in fact treasonous (betrayal of one’s self) to allow yourself to be killed when you can defend yourself with whatever. I have posited that local security committees under democratic control of the people be formed. It is this committee that would form the first line of defence against all forms of insecurity that have been made endemic by the cluelessness and wickedness of the Buhari regime. Insecurity is even way more than physical protection. That’s a discussion for another day.
Igboho can’t be everywhere.
This idea of creating messiahs out of vanguards of struggles must cease. Persons can start the fire but the masses must organize to sustain the fire. Nigerians must stop outsourcing the fight for their own liberation. Either to local heroes or international community. It is our duty to liberate ourselves. It should be clear to us now that no international community is watching. We should be done with that recital by now. #EndSARS taught us that.

Away from that is also the issue of blackmail that the movement I belong to is in a battle of ascendancy. This is far from the truth. What is the truth is that we are even glad that a large number of our people are becoming more conscious of their environment and are speaking up. The regular faces can now sit back some times while new faces and organizations are speaking. From electoralists to revolutionaries and secessionists, people are coming to the conclusion that we can not continue on this dangerous path and that there is a need for a turn-around.
Coalition for Revolution, to the best of my knowledge has called for the defence and protection of the rights of all agitators and unity of the oppressed, more times than other movements blackmailing it. It is time to treat the tyrants in the language they understand once and for all.

It is my sincere belief that my rants can find a place in the hearts of all freedom fighters and history will justify me, that I never kept quiet when things were going south. 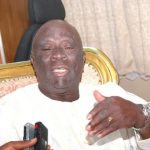