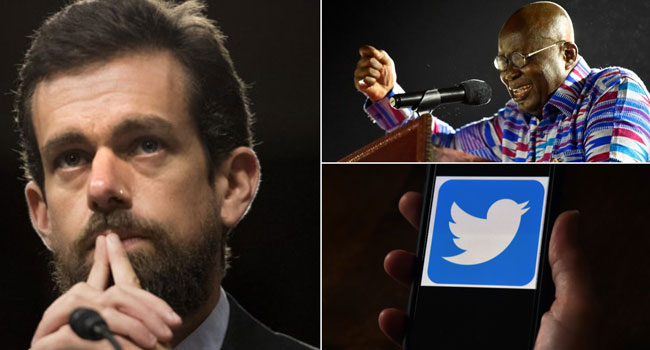 The announcement by Social media giants Twitter, stating it is officially making Accra the headquarters of its operation in Africa, has stirred diverse reactions all over social media.

As part of its plan to fully enter into the African Tech Space, Twitter through its CEO, Jack Dorsey on Monday stated that it would be making Ghana’s capital its HQ.

The announcement was very pleasant news to many Ghanaians with President Nana Akufo-Addo calling it “EXCELLENT news”.

He further stated that both the “government and Ghanaians welcome very much the announcement and the confidence reposed in the country.

“This is the start of a beautiful partnership between Twitter and Ghana, which is critical for the dev’t of Ghana’s hugely important tech sector,” the president’s statement partly read on Twitter.

The choice of Ghana as HQ for Twitter’s Africa operations is EXCELLENT news. Gov’t and Ghanaians welcome very much this announcement and the confidence reposed in our country. 1/3 #TwitterInGhana #TwitterGhana https://t.co/HdCqFgXK0x

The choice of Ghana as HQ for Twitter’s Africa operations is EXCELLENT news. Gov’t and Ghanaians welcome very much this announcement and the confidence reposed in our country. 1/3 #TwitterInGhana #TwitterGhana https://t.co/HdCqFgXK0x

These are exciting times to be in, and to do business in Ghana. 3/3#TwitterInGhana #TwitterGhana

While the people of Ghana were celebrating the new development which many believe will help the nation’s economy by creating more jobs and opportunities for young people, there were some who weren’t so pleased.

Many Nigerians specifically were not really happy that Twitter chose Ghana instead of Nigeria, however, the grievance was not necessarily against the tech company nor against Ghanaians, but against the government and those at the helms of state affairs in Nigeria.

Most Nigerians who reacted to the move argued that if all things were as they should be, then Nigeria’s population should be enticing enough to have Twitter make the country its African base.

They also fault the government in that there are so many policies that make the nation rather unsuitable for investors such as Twitter, especially with several reports suggesting that Nigeria’s parliament has from time to time deliberated on laws that tend to muffle the rights of individuals (mostly the rights to free speech).

How Ghana became the giant of Africa is still very funny to me.

So as it stands now, Entertainment, tech and Sports are the positive image launderers for Nigeria. The rest na vibes and that’s on giant of Africa

I remembered when Late Former President Hosni Mubarak celebrated Facebook's presence in Egypt, they caused of his downfall and serious destruction to Eqyptian people and their institutions

I know Ghanaians like to play too much. I hope Twitter is not used to undo Ghanian people.

Nigeria has lost its glory in the eyes of the world that's what make it descending instead of ascending. Am afraid one day the name giant of Africa will diminished from Nigeria and refer to other country like Ghana if we choose to cont. This way.

Dstv straight to South Africa,
Twitter hub straight to Ghana,
But Nigeria is the giant of Africa?
It must be from behind

Is Nigeria really the giant of Africa, or we are just living on past glory?

How do you guys expect Jack to bring Africa Twitter HQ to Nigeria while you're only good at #Yahoo yahoo and spreading fake news on his App,?? learn to use the internet for good and maybe he'll consider establishing a branch here. It seems like Ghana is now the Giant of Africa.

I get really amused when Nigerians start frothing at the mouth over being "passed over for" [insert other African country here]. We're such proud people, in spite of everything.

Whoever started this Giant of Africa nonsense really did a number on us. As if everything is by population size which is really our outstanding measurement at this time 🙄🙄

I'm here for Twitter HQ being in Ghana. Nonsense taya me.

Ghana, the real giant of Africa

I don't think I've ever used the terms "giant of Africa" and "Nigeria" positively in the same sentence. If I have in the past I'm sorry

Congrats to the giant of Africa 🇬🇭 https://t.co/TW6ns0qNqi

Because of inconsistent power supply and small kidnappings here and there, Jack decided to overlook a whole “Giant of Africa” and took Twitter Africa's Headquarters to Ghana?

Giant of Africa has been ignored again

The same Ghana Nigerians were making fun of their jollof has now become the giant of africa.

It's really saddens my heart that Nigeria 🇳🇬 claims to be giant of Africa, but can't attract strong foreign investors like @Twitter to come improve our tech services 😟 why can't Jack Dorsey call on Bubu because he have nothing to offer shame 😭

Let's stop deceiving ourselves with that "Giant of Africa" nonsense, apart from population, Ghana, Egypt & South Africa are much better and developed than us…These countries boosts investments, our country kill investments.

This government keep chasing away opportunities and investors. But we be giant of Africa.

We are not the giant of Africa but na we get the African giant.

Does anyone still truly believe Nigeria is the giant of Africa?

Yes, we are the giant of Africa.

Giant in corruption, bribery, extortion and all what have you.

If there is any other tittle above giant, please crown Nigeria already.

Giant of Africa doesn’t mean they should have all the opportunities.

Nigerians have taken Jack to court after he decided to open Twitter headquarters in Ghana instead. #TwitterGhana pic.twitter.com/KuQ0WCpRd2

Twitter CEO came to enjoy himself in Nigeria but when it was time to base Twitter Africa HQ, he chose Ghana. E get why… pic.twitter.com/POdDlGBro5

In answering the question, “Why Ghana?”, here is what @Twitter had to say, “As a champion for democracy, Ghana is a supporter of free speech, online freedom, and the Open Internet, of which Twitter is also an advocate.” #TwitterGhana #TwitterInGhana pic.twitter.com/f5GK44kpUc

Congratulations to me brothers in Ghana. We be the headqwaters of twitter Africa. Dem Nigerians be crying. With they president wey don pass menopause. God bless Ghena.

Back in 2019 Jack Ate Nigerian Jollof and Ghanaian Jollof and decided to build his headquarters here in Ghana. We won the Jollof war! 🇬🇭😂#TwitterGhana pic.twitter.com/CKgROTSAg6

One day we will wake up and Ghana will be the unofficial capital of Africa. Love the moves they've been making! Akwaaba! https://t.co/UZBrbmGSzh

The truth is that if the @MBuhari regime does not turn a new leaf (almost an impossibility), even Nigerian businesses and brands will be leaving Nigeria for Ghana. Both Dunlop and Michelin left Nigeria for Ghana. Even our Grammy winners @WizkidAyo and @BurnaBoy prefer Ghana

Under @MBuhari, our ease of doing business is so bad that it’s easier for terrorists to get phone lines than law abiding residents. You can land in Ghana’s Kotoka Airport and get a SIM card at the airport. But a camel has to pass through the eye of a needle to get one in Nigeria

Why Ghana?
"Ghana’s recent appointment to host The Secretariat of the African Continental Free Trade Area aligns with…efforts to improve and tailor our service across Africa."
As promised #AfCFTA = Jobs for Ghanaians. More to come! 🇬🇭 https://t.co/tMky8uO2ke

Nigeria is like the dazzling, exciting girl Jack dated. Ghana is the calm, dependable one he married. 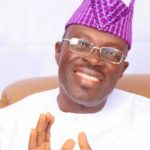 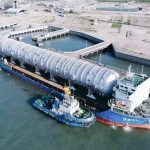