The United States Department of Justice has confirmed that Nigerian cyber-crime suspect, Raymond Abass also known as Hushpuppi made his first appearance in court in Chicago on Friday.

The United State Department of Justice says the 37-year-old is expected to be transferred to Los Angeles in the coming weeks to face criminal charges.

Hushpuppi, a Dubai resident was arrested last month by UAE security agencies for allegedly conspiring to launder hundreds of millions of dollars from business email compromise (BEC) frauds and other scams, including schemes targeting a U.S. law firm, a foreign bank and an English Premier League club.

Hushpuppi was then extradited to the United States and taken into custody by FBI special agents earlier this week.

If convicted of conspiracy to engage in money laundering, Abbas would face a statutory maximum sentence of 20 years in federal prison.

While the arrest of Hushpuppi by Dubai Interpol may help to resolve some cybercrimes, it has, on the other hand, also created problems for some Nigerians living in that country.

Nigerian youths and business owners in the UAE say they are at risk of being blacklisted by financial institutions, a move which could make their legitimate transactions in the country problematic. 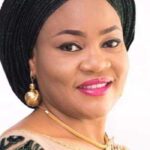 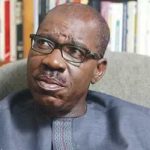