A woman has been rescued after her husband allegedly detained her in his house for one year with limited food in Nguru town, Yobe State.

Sadiya, a mother of four, was allegedly given only kunu – a local drink – to survive on by her husband Ibrahim Yunusa Bature.

He claimed he locked her up and refused to give her food because he feared his family members were trying to harm her and would succeed if she eats.

Sadiya was rescued by her mother Hadiza. Hadiza became uncomfortable with the way her daughter sounded over the phone so she decided to travel from Kano state where she lives to Nguru where her daughter lives. There, she found her inches from death.

Sadiya, who could barely walk when she was found, was rushed to Aminu Kano Teaching Hospital, Kano, where she is currently receiving treatment with her mother demanding justice against her in-law. 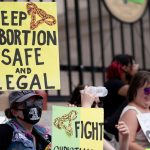 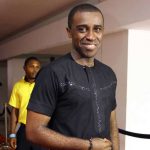