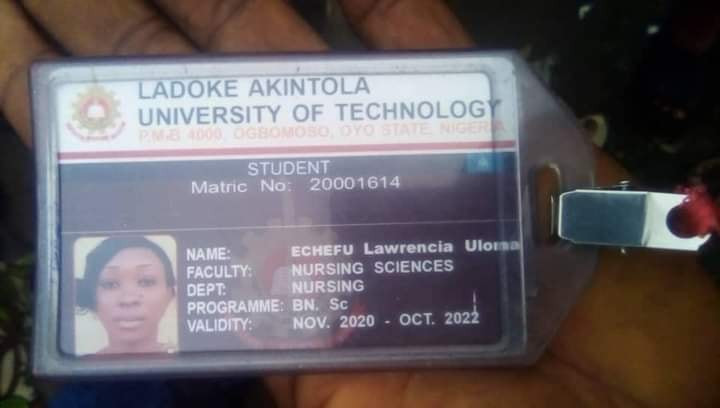 A hit-and-run driver has reportedly knocked down a female student of the Ladoke Akintola University of Technology, (LAUTECH)Ogbomoso, identified as Echefu Lawrencia Uloma.

It was gathered that the incident happened near Mega Chicken at Ikota area of Lagos on Saturday, June 12. 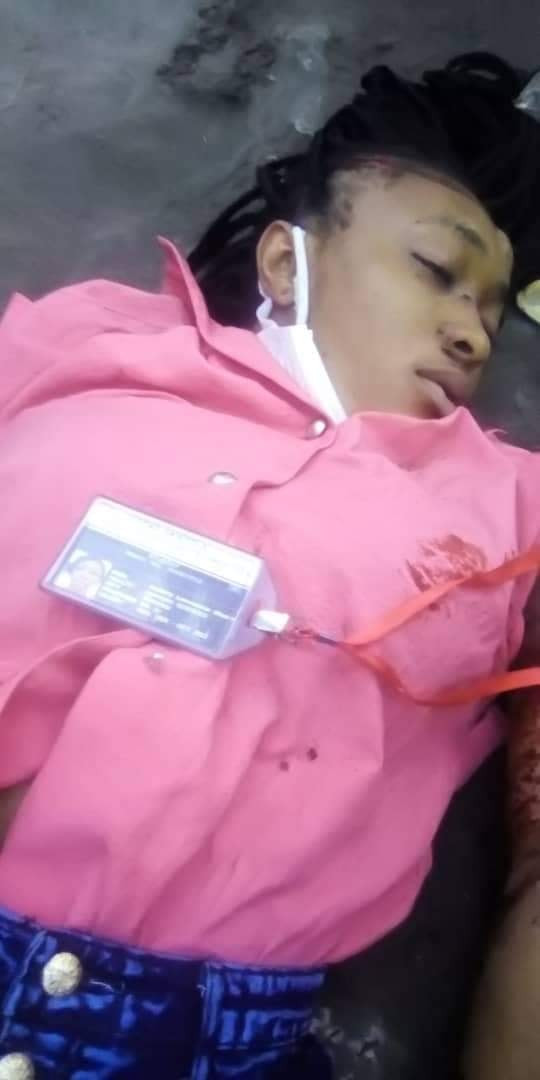 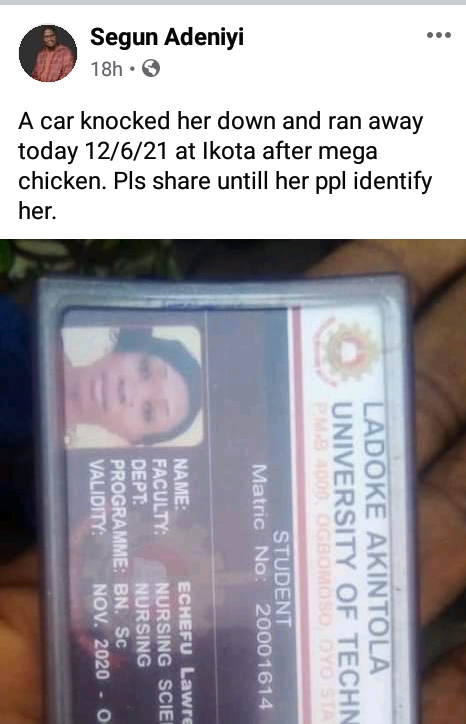 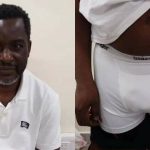 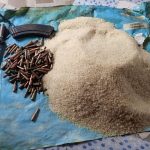