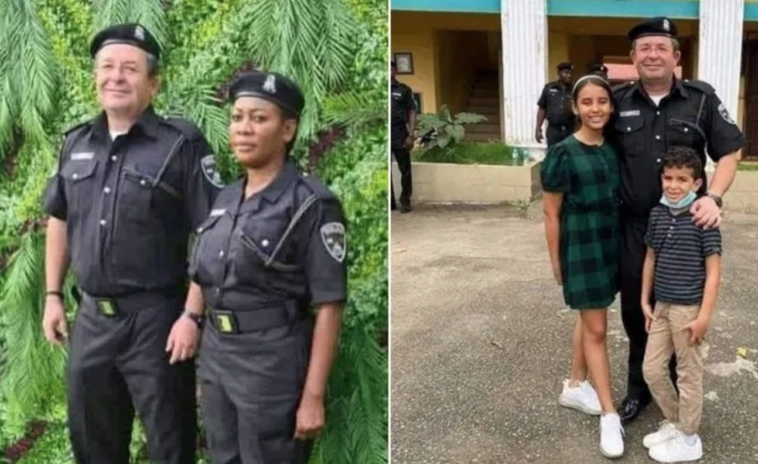 A white man caused a frenzy from Nigerians on social media as photos of him being a part of the Nigerian Police Force surfaced online.

According to reports surrounding the photos, the man married a Nigerian woman and relocated to the country some years back. He is now reported to be the first white man to join the force. 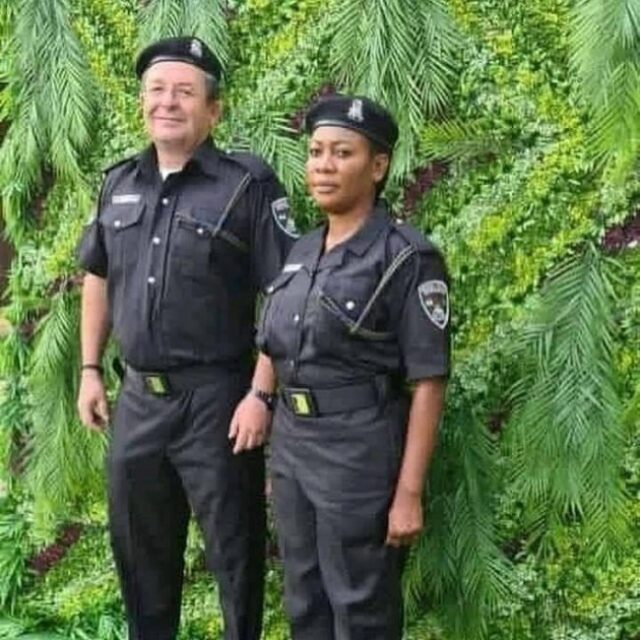 The white man became a citizen after spending several years in Nigeria and welcomed two kids, a boy and a girl in the country as well. 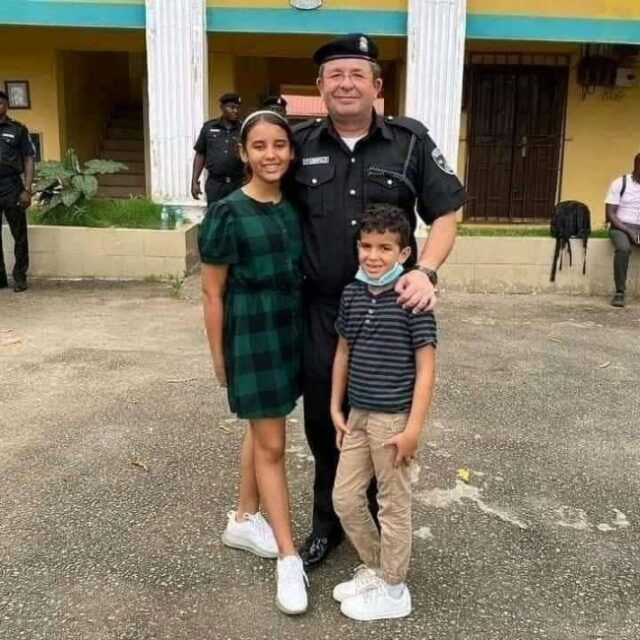 Some photos of the man in the Nigerian police uniform were shared on the internet and quite a number of people who found it rather strange, took to the comment section to air their views. 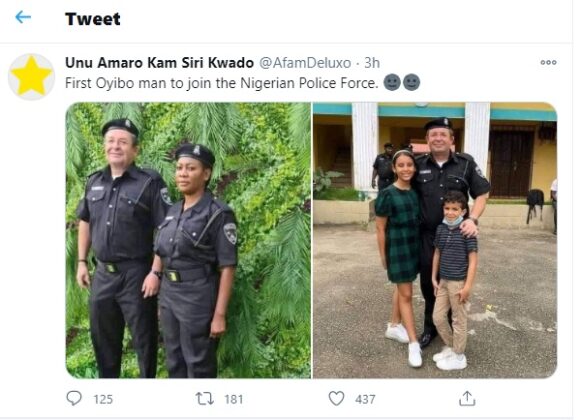 See some reactions below; 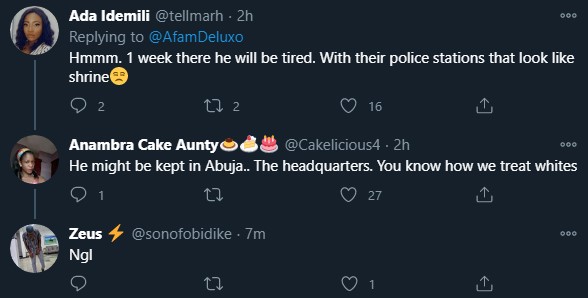 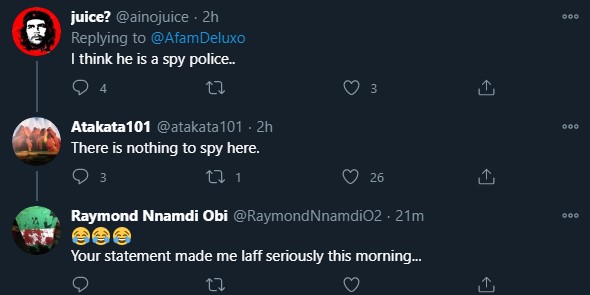 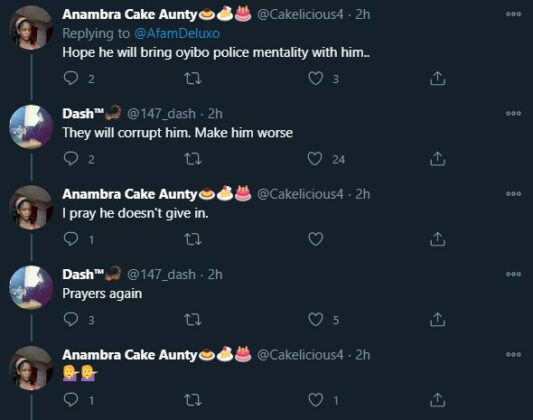 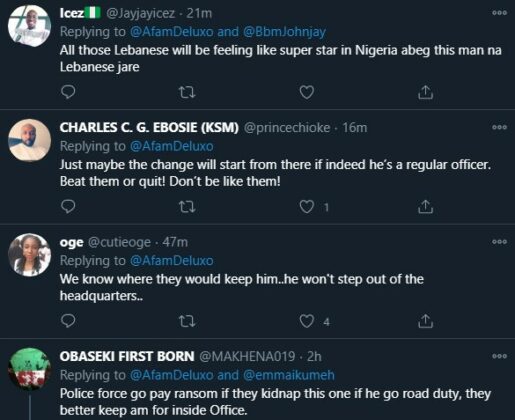 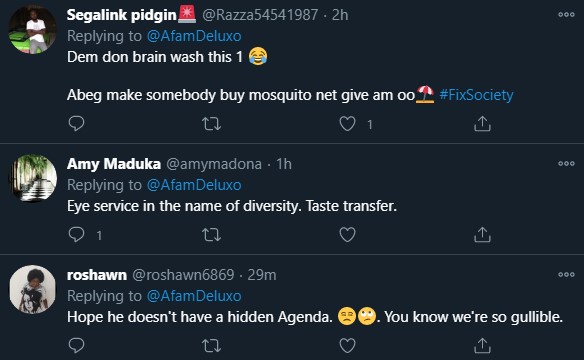 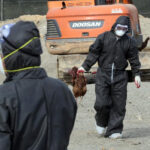 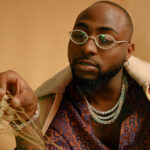