No fewer than 30 persons have been reported dead after gunmen again invaded Sarkin Pawa, headquarters of Munyan local government area of Niger state.

According to reports, the gunmen attacked Kachiwe village and spread to other adjourning villages in the area. The fully armed bandits who rode on motorcycles started shooting sporadically to scare the villagers during which many people were killed.

Confirming the incident, the Secretary to the Niger State Government, Ahmed Ibrahim Matane, said the State Government is not leaving any stone unturned in its efforts at ridding the state of crime and appealed to residents of the state to provide security agencies with credible information to succeed.

“What is happening to us in Niger State in terms of insecurity is beyond our power and this is why we are calling on the Federal Government to come to our rescue immediately,” the SSG pleaded

Similarly, the state Commissioner of Police, Monday Bala Kuryas, said the state police have taken steps towards tracking down the perpetrators of the criminal act.

“A team of policemen have been dispatched to the area to safeguard lives and properties of people of Sarkin Pawa,” the Commissioner revealed 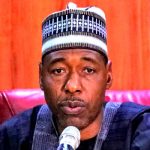 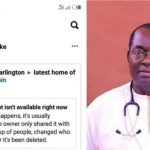