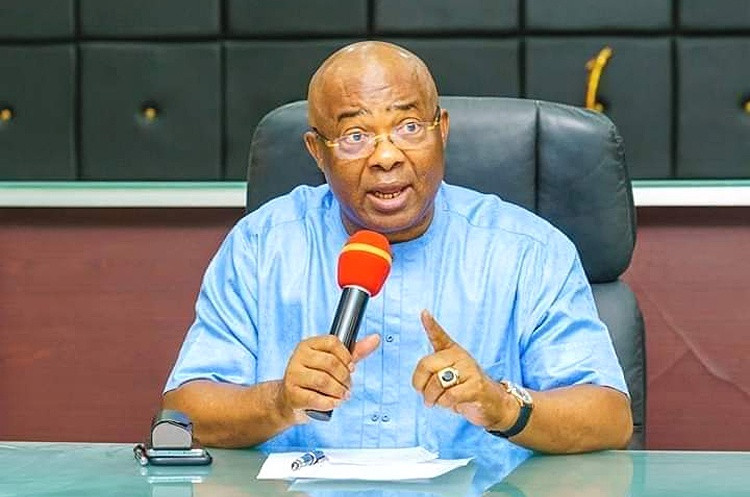 Imo State Governor, Senator Hope Uzodimma, has given the oil rich Izombe community youths a 7 day ultimatum to return weapons in there possession following the recent face-off between youths from the community and security operatives that resulted in the loss of lives and destruction of property.

Uzodimma on Tuesday, October 12 visited Aborshi Autonomous Community in Izombe in Oguta Local Government Area to assess the level of damage caused by the mayhem.

It was gathered that trouble started when soldiers in the area had a misunderstanding with some youths of the community over crude oil bunkering activities that have been on the rise in Izombe Eziorsu and Osobodo lately.

According to reports, soldiers at the heat of the misunderstanding allegedly shot and killed a youth of the community whose name was given as Chukwunonso Iherue.

Angered by the incident, the youths were said to have mobilized and attacked the soldiers, resulting in the alleged killing of two soldiers and burning of vehicles.

The soldiers, it was gathered reinforced and stormed the community in a reprisal attack and allegedly burnt houses

Addressing the community at Central School Aborshi, the Governor on Tuesday, October 12 expressed shock at the level of destruction following the mayhem and told all to embrace peace or be ready for the consequences of recourse to violence.

He also told the youths to return weapons that are still in their possession within seven days or regret not doing so.

Governor Uzodimma said he was “highly pained because Izombe is not supposed to be known from the negative point of view.”

The Governor had asked: “Where is the problem coming from? Where did Izombe people get it wrong and who are these youths and young men painting Izombe black? Where are the parents of these youths? Where are the leaders of Izombe?”

He regretted the death of the soldiers and consequently, heavy damage to property of innocent citizens and asked both the Military and the people of Izombe to bury the hatchet.

Governor Uzodimma who noted that most of the criminal-minded Izombe youths were being used by politicians appealed to them in particular and all yours in Imo State people in general, to return weapons that are still in their possession within seven days from now or regret not doing so. 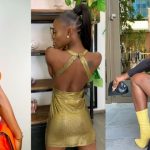 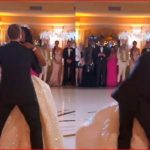