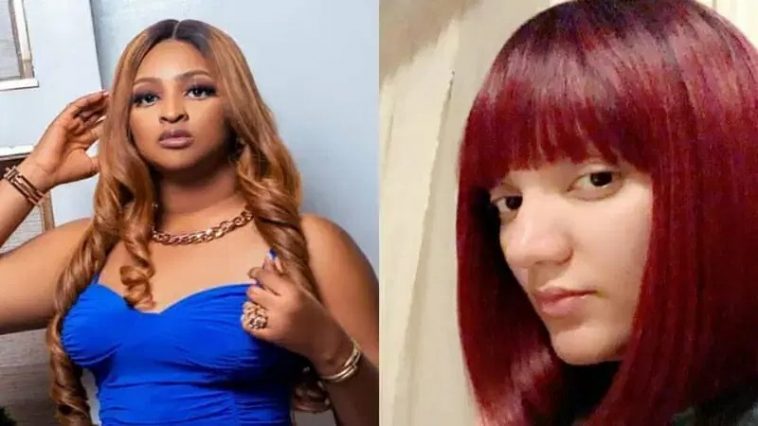 Reality TV star, Gifty Powers, has responded to actress Etinosa who slammed her for hailing Davido.

Gifty had on Sunday taken to her Instastories to celebrate singer Davido after he attended his son Ifeanyi’s birthday party.

Etinosa felt Gifty’s post was unnecessary and took to her Instastories to knock her. She wondered why a man should be praised for attending his son’s birthday party. According to her, women are not celebrated for breastfeeding their babies.

In a response shared on her Instastories this morning, Gifty said men should be celebrated because, without the sperm which the man carries, the ovary cannot be useful. She argued that it is not a sin to celebrate men who live up to their expectations, and asked Etinosa to stop being a ‘nuisance.’

The mum of two also stated that she is not a baby mama but a wife. 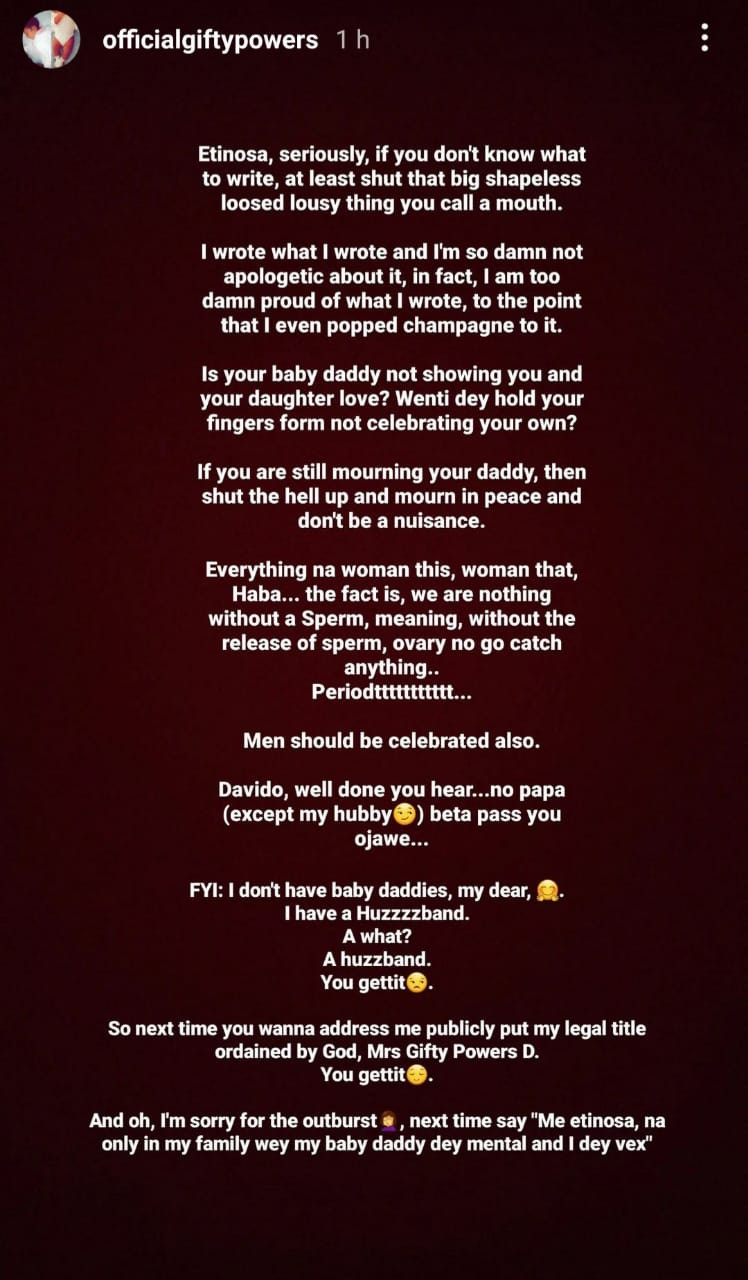 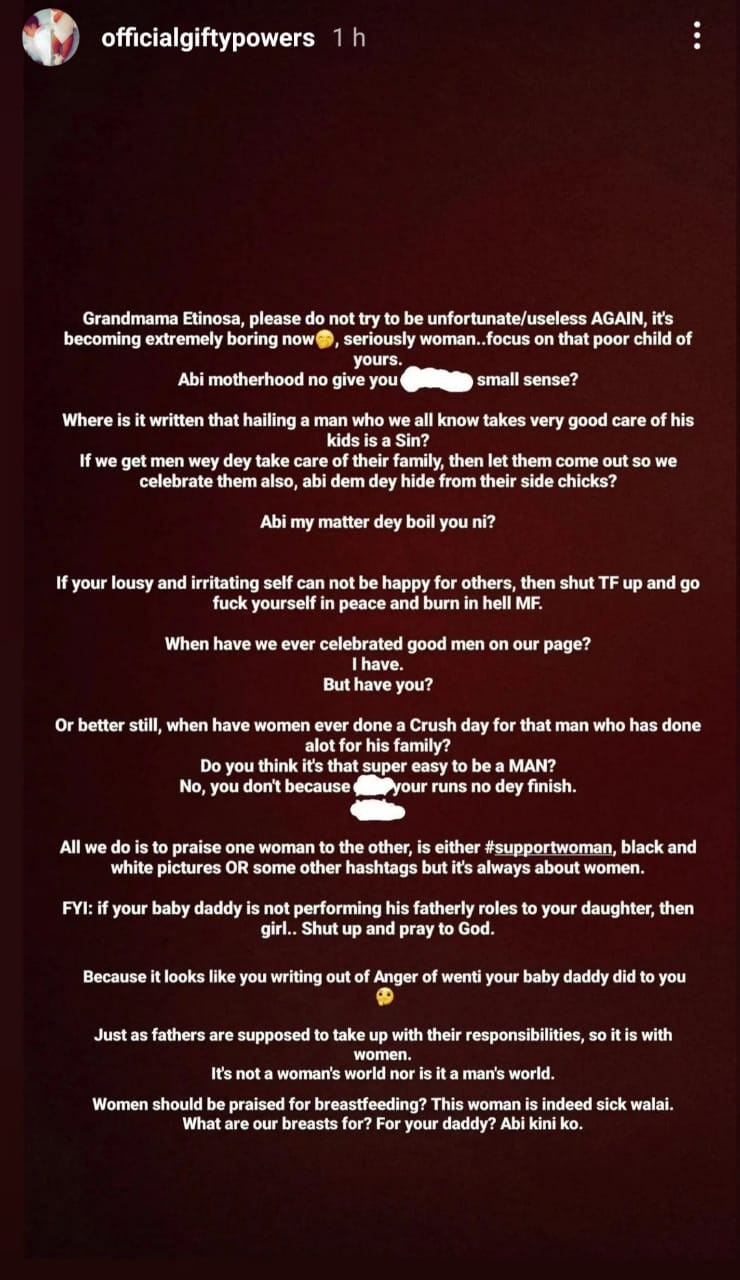 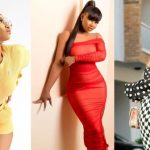 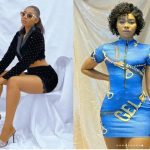