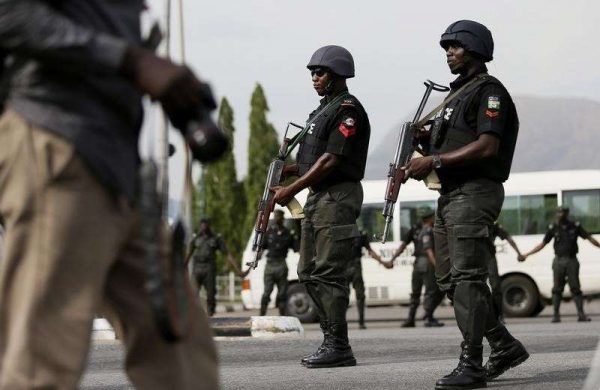 Operatives of the Federal Special Anti-Robbery Squad, FSARS, Lagos Island, Lagos have arrested a 71-year old man, Peter Othormor and 10 others for allegedly diverting goods worth N40 million entrusted in their care to deliver to a customer in Abuja to Ibadan to sell.

The suspects, according to the police, were arrested while offloading the goods for the alleged buyer, Abass Buhari from Kaduna State for N5 million.

The arrest of the suspects, according to a police source was made possible by a team led by DSP Olaniyi Festus, Officer in charge of strike force one at the FSARS, Lagos Island.

According to the police, trouble started for the suspects when Othormor was contacted by a clearing agent to help him look for a truck to convey about N40m goods from Kirikiri Phase 2, Apapa, Lagos to a customer in Abuja, Nigeria.

Othormor was alleged to have contacted a man called ‘Dollar’ who provided the truck with Reg. No. AKD 118 XV to load the goods.

The police alleged that after the driver, now at large, loaded the goods and headed to Abuja, Othormor and the said Dollar directed the driver of the truck to drive straight to a compound in Ibadan, Oyo State and offload the goods for the alleged buyer, Abass Buhari.

The police further alleged that nemesis caught up with the suspects while offloading the goods when a resident in the area who suspected their movement tipped off the Deputy Commissioner of Police, DCP in charge of FSARS, Mr. Ibrahim Kaoje about the development.

Following the report, Kaoje dispatched a team led by DSP Olaniyi Festus to Ibadan to arrest the suspects and recover the goods.

On sighting the police team, all the suspects reportedly took to their heels, but the police pursued and arrested eleven suspects while the said Dollar managed to escape.

The arrested suspects and the truck with the goods had been taken to the station.

During preliminary investigation, according to the police, Othormor allegedly confessed to the crime that they planned to divert the goods and sell it before the truck left Lagos with the container for Abuja.

The police said that all the arrested suspects would be charged to court after conclusion of investigation. 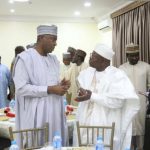