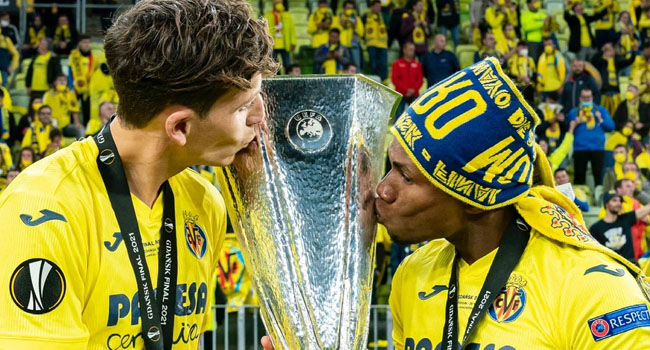 Super Eagles forward Samuel Chukwueze won the UEFA Europa League with Spanish team Villarreal on Wednesday night, capping off what many have described as one of the most remarkably successful football seasons for Nigerian footballers in Europe.

Although the 22-year-old did not play the game due to an injury he sustained in the second leg of the semi-final tie with Arsenal, Chukwueze featured prominently for Villarreal en route to winning their first major trophy in 98 years. He netted once in 11 matches in the Europa League.

During the 2020/2021 campaign, the U-17 World Cup winner played 40 matches for Emery’s men, scoring five goals and providing seven assists across all competitions.

Chukwueze’s success comes on the back of victories for Nigerian players who won major laurels with their European teams, a development that has continued to generate applause from football fans in the country.

From England to Cyprus, here is a list of players from the West African country who tasted glory with their clubs as the European season draws to a close: 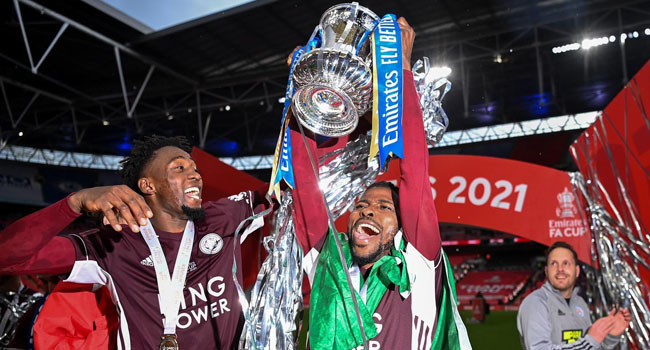 They were key players for Leicester City who defeated Chelsea to win the 2021 English FA Cup. Both players featured in the final with Iheanacho scoring vital goals for the Foxes on their way to winning their first FA Cup trophy after losing four finals.

The former Manchester City forward has netted 14 goals in the FA Cup, eclipsing Ivorian legend, Didier Drogba (12) as the highest-scoring African in the competition. 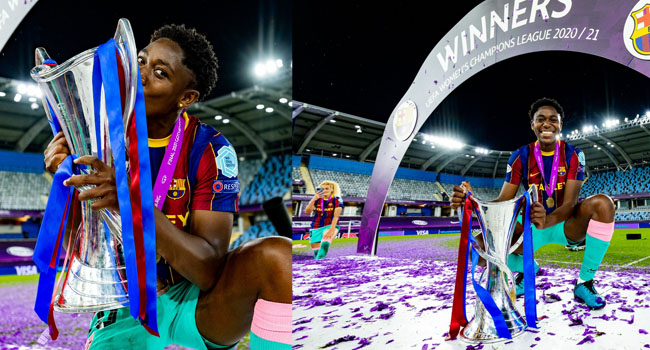 The former Arsenal Women player made history when she became the first African to win the Women’s Champions League with Barcelona.

Her team beat Chelsea 4-0 in the final of the competition. She played a prominent role in the Champions League, scoring four goals in six matches to help the Spanish club win the crown.

While critics had in the past questioned Onuachu’s performances for the Super Eagles, his stellar outing for KRC Genk in Belgium has earned him rave reviews worldwide.  He scored 33 league goals for the club in 38 matches and, alongside compatriot, Dessers, scooped the Belgian Cup. 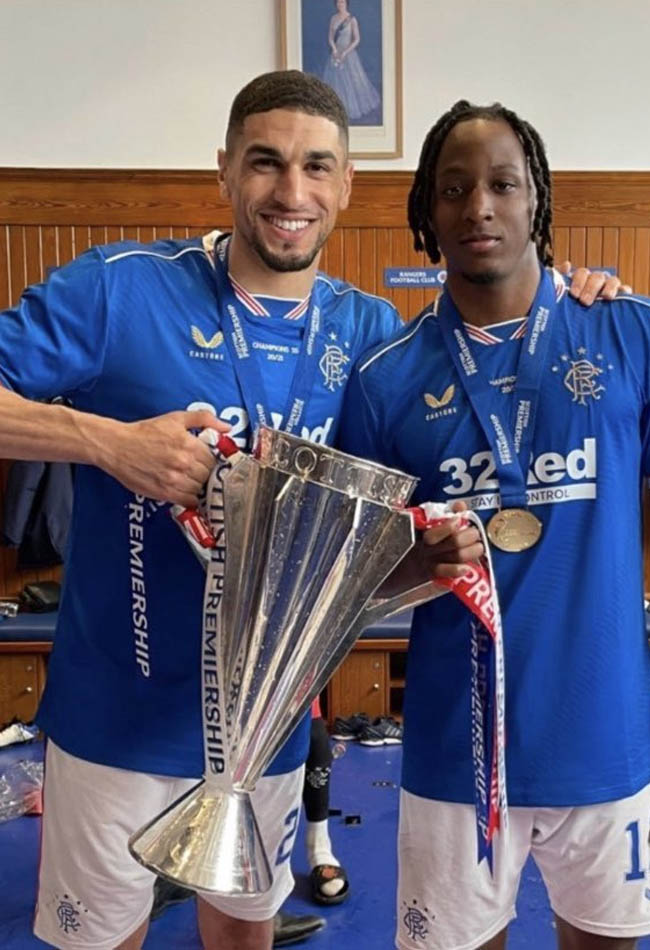 It was the Gers 55th league title and Balogun who joined them last summer, had a fine season with the Scottish team, bagging some Player of the Week awards in his maiden campaign.

Nigerian Players' Trophies in Europe in 2020/21

Iheanacho and Ndidi won the FA Cup with Leicester.

Shehu Abdullahi Wins First League Crown In Over A Decade 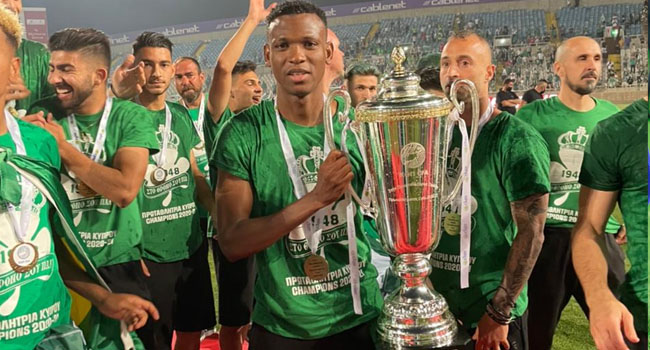 The 2016 Olympic bronze medalist joined Omonia Nicosia last summer from Bursaspor and quickly cemented his place in the team as they raced to the Cyprus league crown.

Abdullahi, a former Kano Pillars star, helped his club finish top of the league with 79 points from 36 games. 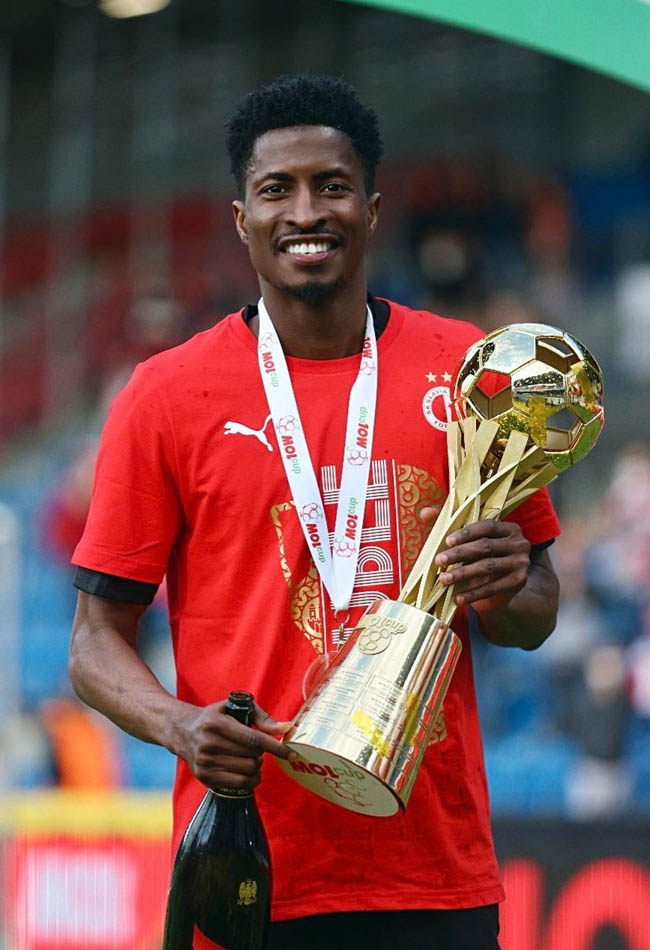 The 25-year-old was part of the Slavia Prague team that won the club’s third league Czech title on the bounce. The Red and Whites also won the Czech Cup after pipping Viktoria Plzen 1-0 at the Doosan Arena on May 20th.

His major contribution for the season was scoring six goals and getting three assists in 23 domestic outings.  He moved to the club in 2018 from Belgian side, Gent. 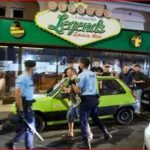