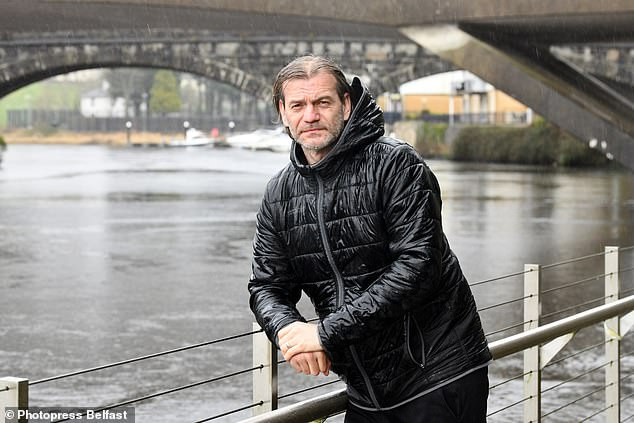 Former Manchester United goalkeeper, Roy Carroll has opened up on his battles with alcohol and depression

Carroll won the Premier League at United but found life off the pitch difficult.

The Northern Irishman began drinking in 2006 and it soon became more and more frequent.

He revealed how he became depressed after covid-19 forced him to leave his job as a goalkeeping coach at Nottingham Forest’s academy after one day and return to Northern Ireland a year ago.

According to him he found life during the lockdown tough and he was starting to struggle again before Dungannon Swifts offered him the opportunity to play again at the age of 43, two years after his last Irish League appearance for Linfield.

According to Carroll his problems with depression and alcoholism started at West Ham in 2006 when he was home nursing a back injury.

‘I’d never had a long injury before and slowly but surely I was getting into a deeper hole. I wasn’t mentally prepared for it,’ he says.

‘I was just in a dark room and drinking heavily. I had no outside help. Nobody knew what was wrong with me because I never spoke about it. Everybody thought I was the happiest guy in the world but I would go home, shut the door and bang my head against the wall, have a few drinks to try and forget.

‘For me, it was getting rid of the depression. You’d have loads to drink and forget about it. The next day it got worse and you’re back on the drink. It doesn’t work. I went into rehab because others wanted me to: my wife, my agent and my friends. I didn’t see there was anything wrong with me, that was my biggest problem.’

Carroll says his drinking continued while he was at Rangers, Derby and Danish club Odense.

But while jobless after leaving Denmark, it turned to another thing.

‘When I had a club, I always had the mind to not drink the day before a game,’ he says. ‘That was strange — when I stopped playing and nobody wanted me, I was drinking nearly every day.

‘I had a lot of time on my hands, my drinking was crazy. If I hadn’t stopped, I wouldn’t be here today. I don’t feel my body would have held up to it.

‘I was never at that stage where I would have killed myself. I was quite lucky I wasn’t that far ahead. But I would have died from the drink. The stuff I was drinking and the way I was drinking it, I wouldn’t have woken up one morning. I don’t care about alcohol any more. The first four or five years were very difficult but now I don’t need it. I’m mad enough without the drink!

‘But the depression will come back once in a while. I’m never going to get rid of it.

‘A lot of footballers will be going through it, but they don’t come out and say it until they retire. They try to keep it in because it’s their livelihood.’

‘Trust me, in this day and age when we’re locked down, I know what people are going through,’ says the former United keeper.

‘I’d been good for quite a long time until this. It doesn’t matter how strong you are, it knocks you down.

‘I would have to fight very hard sitting in the house. I was struggling with it because I didn’t know what I could do, then Dungannon came in for me. I never thought I would be back playing again after being out for so long.

‘I’m lucky. We watch football every night on TV and these professionals don’t realise how lucky they are to still be playing. I feel sorry for the thousands of kids, men and women who can’t play sport. I know how serious that is for mental health.

‘You have to show a brave face for the kids when you’re doing Zoom chats because each week they’re getting more and more down. There’s no point me saying everything is brilliant — it’s not.’ 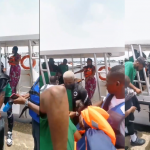 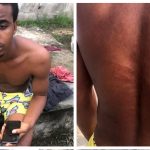