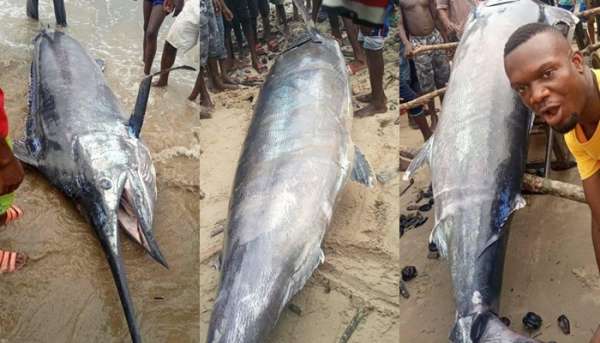 Photos making round on social media captured the moment a giant swordfish was caught at Oyorokotor fishing settlement in Andoni Local Government Area of Rivers State.

The Swordfish was caught by a fisherman on Friday, March 5. In the viral photos, a crowd gathered to catch a glimpse of the large sea animal.

Swordfish also known as broadbills in some countries, are large, highly migratory, predatory fish characterized by a long, flat, pointed bill. They are elongated, round-bodied, and lose all teeth and scales by adulthood.

In other news, a young Nigerian man, Lotanna Ezeike has paid off his mother’s debt of 1.5 million naira, 18 months after she used her credit card to fund his business.

According to Ezeike his mother funded his start up business with £3000, a rough estimate of 1.5 million naira.

Taking to Twitter the young man revealed that he now cleared all the debts incurred by his mother to support his business.

In a tweet shared on his Twitter page on Wednesday, March 3rd, Ezeike showered praises on his mum for her support, while he revealed she used her credit card to support his business despite being a startup.

“Mum used her credit card to help fund my startup (approx £3k)18months in, and I’m so happy to have paid off all her debts today (car + loan + credit)” 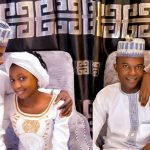 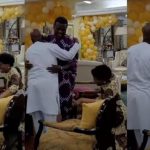