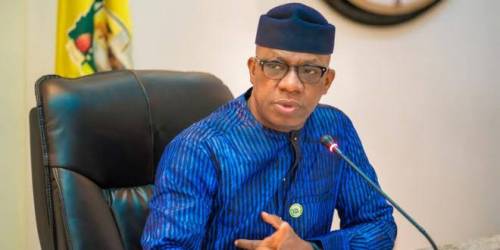 The Ogun State Governor, Dapo Abiodun has said that the Federal Government is owning the state over N300 billion as money spent on the rehabilitation of federal roads across the state.

He made this known while playing host to members of Igbobi College Old Boys Association who paid him a courtesy call in his Oke Mosan office, Abeokuta, the state capital

The governor, who lamented the deplorable condition of most of the federal roads in the state, also said a sum of N13bn would be needed to reconstruct the failed portions of the Lagos-Ota-Abeokuta expressway while adding that N75 billion would be needed to fix the entire stretch of the road.

“The Federal Government is owing Ogun State over N300 billion for the various federal roads we have constructed so far,” he said.

“Concerning the Lagos-Ota-Abeokuta expressway, when the engineers were asked to assess the road, they put the cost of reconstructing the failed portions at about N13bn, while the sum of N75bn will be needed to reconstruct the entire stretch of the road. Our State does not have such amount of money.”

While intimating the old boys association of his administration’s achievements in the last two and a half years, the governor said interventions had been carried out in the education, health, agriculture and road infrastructure and Information Technology, adding that a Tech Hub had been established to chart a pathway to technological innovations in the state.

He noted that the security architecture in the state had been rejigged to create a conducive business environment.

Abiodun also noted that the local fabric of Adire had been revolutionised to enable the people to benefit from its value chain, while 7,000 hectares industrial cluster had been opened at Magboro town, with necessary facilities for investors’ attraction.

The governor, however, called on investors to take advantage of numerous potentials available in the state, saying that land acquisition, hitherto done haphazardly, had been digitised.

He added, “A business promotion agency has also been established for the seamless business relationship between government and investors.”

The governor stressed the need for old students associations such as Igbobi College Old Boys Association, made up of prominent personalities from almost all parts of the country, to join the state government in reforming the education sector. 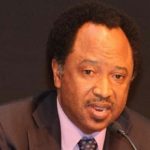 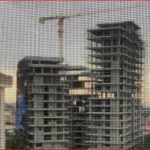