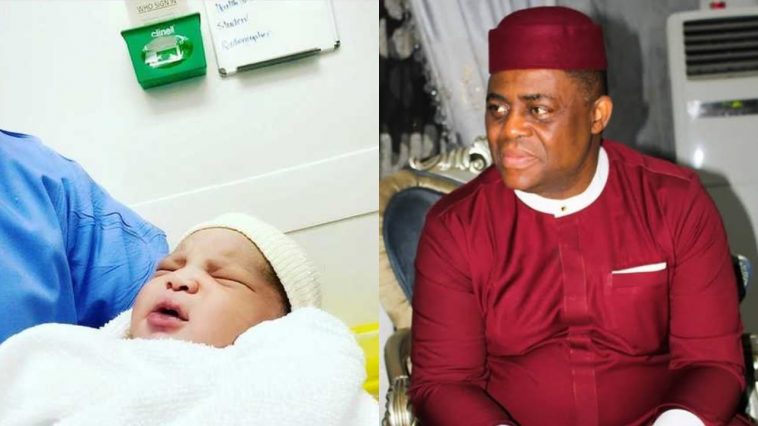 Femi Fani-Kayode, former minister of aviation, has welcomed the arrival of a son with a yet to be identified woman.

The ex-minister took to his Twitter page on Saturday to share a picture of the infant while at the hospital.

“Welcome to the world son! You are a great blessing. I am so happy and so proud of you. God bless and keep you now and always. You shall fulfill your purpose and achieve destiny,” he captioned the photograph.

Fani-Kayode, however, failed to reveal the identity of the baby’s mother, prompting curiosity among his followers.

Welcome to the world son! You are a great blessing. I am so happy and so proud of you. God bless and keep you now and always. You shall fulfill your purpose and achieve destiny. ❤ pic.twitter.com/QX4ZPL4dom

The bundle of joy comes months after his altercation with Precious Chikwendu, his estranged wife, who birthed him four children.

Fani-Kayode had, in an outburst, claimed that he once caught Chikwendu having an affair with a married man.

“There was no physical abuse. I simply took the phone from her to stop her from recording me after catching her in bed with a married man days earlier,” the ex-minister would later react.

“I repeat there was no physical abuse whatsoever and she had been insulting and subjecting everybody, including family members, staff, and children, to physical and verbal abuse the whole day. As usual, it was a nightmare!”

Fani-Kayode has been married four times. He had tied the knot with Saratu Attah in 1987. The duo, however, split three years later. They have one daughter whose name is Oluwafolake.

In 1991, the ex-minister married Yemisi Adeniji but they were separated by 1995. They have three daughters whose names are Oluwatemitope, Oluwatobiloba and Oluwatuminu.

His third marriage was to Gina Hall in 1997. The union has been blessed with one daughter, whose name is Oluwaremilekun, after which he tied the knot with Chikwendu in 2014. 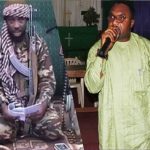 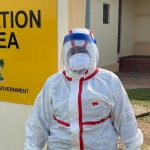