Gbenga Adekoya, a former personal assistant of Femi Fani-Kayode, has denied claims that his life was threatened in connection with the crisis rocking the former aviation minister’s marriage to Precious Chikwendu.

Ever since the duo’s marriage crashed in late 2020 over Chikwendu’s domestic violence claim and Fani-Kayode’s counter-claim of infidelity, both parties have been in a tussle for the custody of their children.

Some domestic workers of the ex-minister had recently joined the fray. The most recent is a video where it was alleged that Fani-Kayode once threatened his former PA with a hammer.

On Friday, Adekoya, the ex-staff captured in the footage, spoke in a monologue shared via the Instagram page of Tunde Ednut, a social media influencer. There, he denied any threat to his life.

“I received a call about a supposed video concerning an allegation against the chief as to having a threat on my life. I’m alive and living. I never had any issue with the chief (Fani-Kayode) in all my dealings with him,” the ex-PA said.

“I did my job as expected. If there had been a threat, I don’t think I will still be here doing my business. Concerning the video, we had a couple of frames we needed to hang in the house and I don’t think there was any issue then.

“I don’t even know who recorded the video. There was somebody in the house who attacked me with a knife. The person should be the one who leaked this video. I wish they can come out and defend what I’m saying.

“This is the same person that attacked me on different occasions there in the house, even threatened to poison me. If we can judge this, tell me who is placing a threat against who. I don’t have any issue with the chief.”

Adekoya alleged that the individual who leaked the footage once threatened to poison him.

“Ask the policemen and bodyguards, I left Chief Femi Fani-Kayode’s house peacefully, safe and sound with no issue and no blemish. Before I left, he told me something,” he added.

“He said, ‘Gbenga, you’re a young chap with a bright future. I don’t want to wake up in my house with a dead body. I don’t want to have issues. Go out there, win, and be focused.’ Ever since then, I’ve been doing my thing.

“Today happens to be my wedding and I’m preparing. I don’t have issues with anyone. There’s no threat on my life and I’ve never had one from the chief. Chief is my mentor and we’re good.” 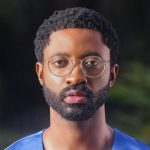 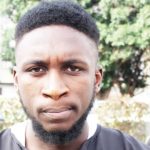