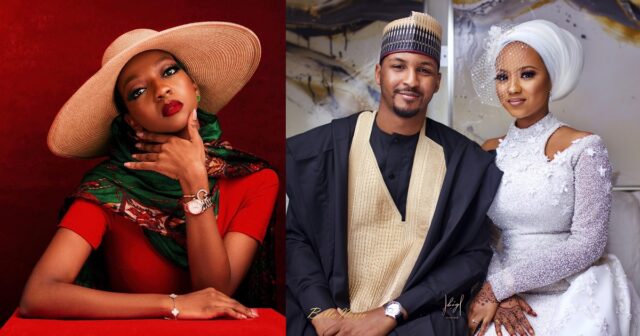 Daughter of Maiduguri billionaire, Fatima Amma Indimi has taken to social media to speak on forgiveness, three years after her sister married her ex-boyfriend.

Recall that in 2018, social media was set ablaze with news that her kid sister, Hauwa married her ex, Mohammed Yar’Adua, the son of late NNPC Managing Director Abubakar Yar’Adua. 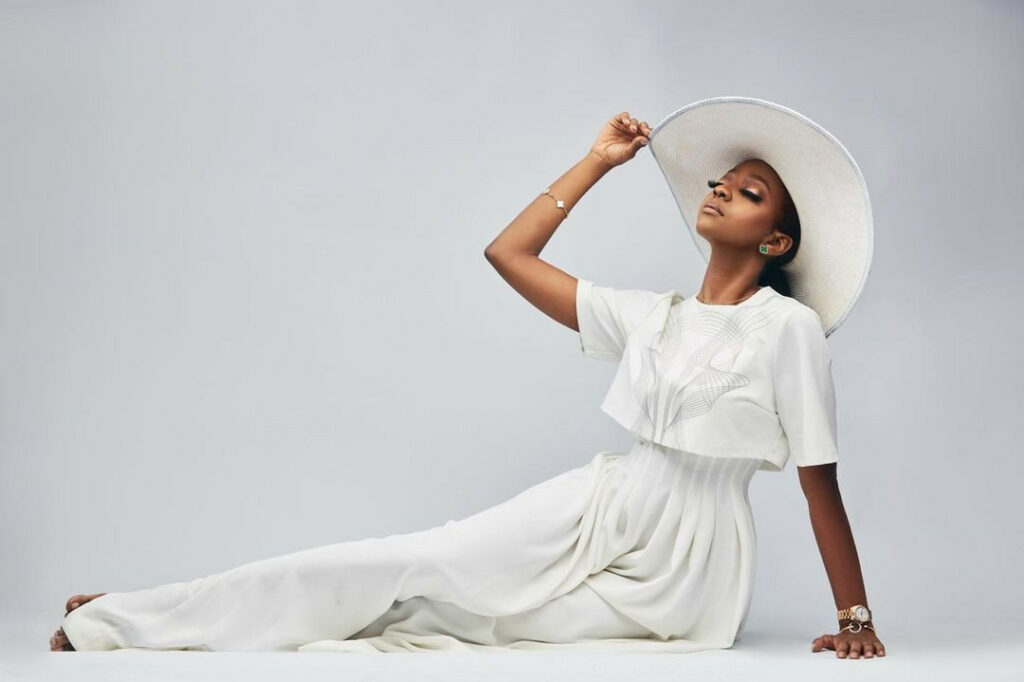 The Indimi siblings were reportedly displeased with Hauwa because Mohammed dated Fatima and later broke up with her in a controversial circumstance that left her heartbroken.

During the wedding preparations, the Indimi sisters took to their respective Instagram pages to throw shades at Hauwa for choosing to marry Mohammed. 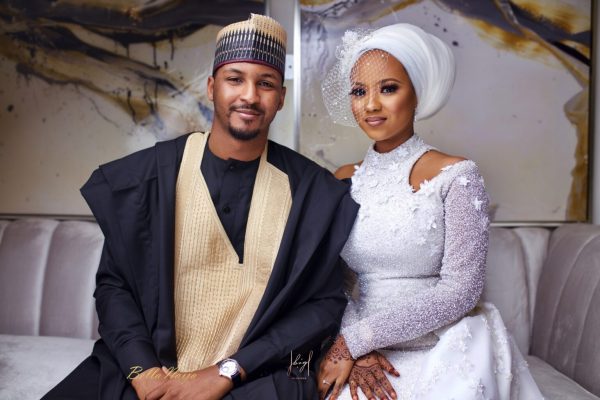 Rahma Indimi openly expressed her displeasure, without mincing words. She wrote, “This is f–k, he is an ex for a reason and now you will go and bring the f–k back in my life. Nahhh. I won’t support it. There’s a code for this. Friend’s and family ex’s should be off the table.”

In a post shared via Instagram on Sunday, March 21, Fatima declared that she has finally forgiven someone who had hurt her badly because she is trying to be a better person.

“You know, I was thinking around 3am. We all know that we are here temporarily. However, are we actually preparing for when we go, knowing very well that we don’t know when that is?” she wrote.

“You realise that you may have knowingly or unknowingly hurt someone, and my, it’s actually not between you and God but you and that person. I realise that I may have and would like to take this opportunity to sincerely and wholeheartedly ask for the forgiveness of those I ‘ve affected in anyway,”

“There’s one person who has been so difficult for me to forgive but alas, I ‘m trying to be a better person so I forgive you all. Alhamdullilah! May Allah guide us all towards the right path.” 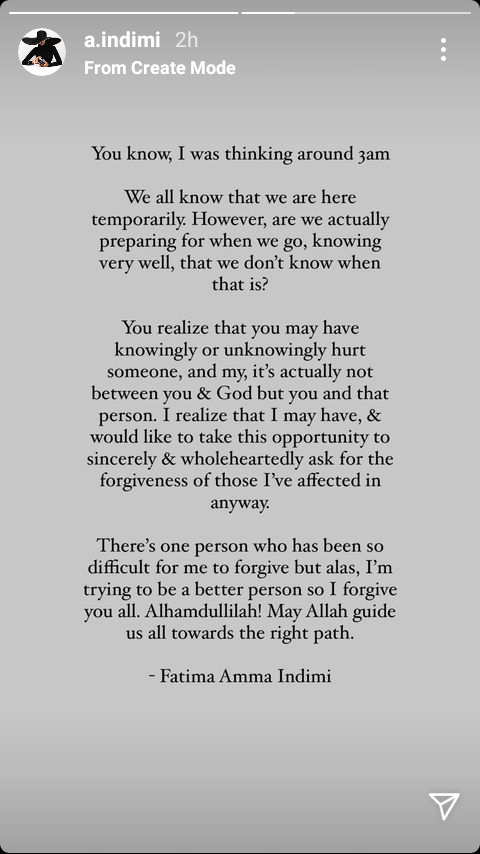 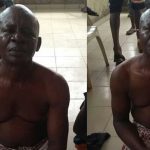