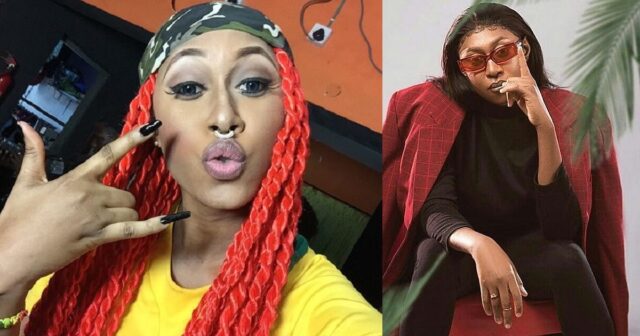 Nigerian singer and songwriter, Cynthia Morgan has taken to social media to call out her family members over an unmentioned offense.

It all started when media personality Uti Nwachukwu, in a recent tweet opined that a love affair that makes one go against his family should be watched.

Uti who appears to be reacting to Prince Harry and Meghan’s interview with Oprah Winfrey, said that family should always come first. According to him, he would never turn his back on his family or join anyone to make defamatory comments about them because loyalty is key.

In reaction the Nigerian dance-hall artiste, Cynthia disagreed with Uti’s notion about family and stated that “family is the root of all evil”.

However, a fan berated her for her unpopular opinion about family, the fan stated that the singer might have formed her opinion from her personal experience.

Cynthia Morgan quoted the fan’s tweet and wrote, “especially when you have step siblings and your mother is a fool”.

Her cryptic message suggests that she has a strained relationship with her mother and siblings. 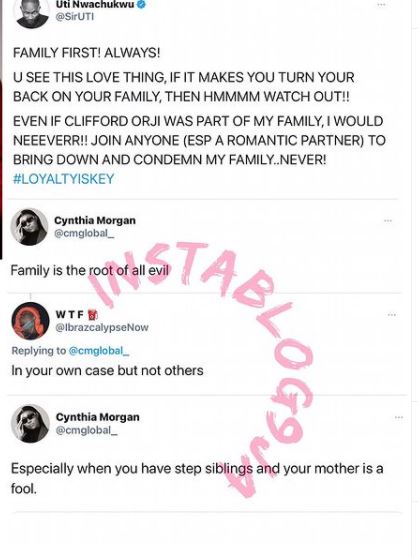 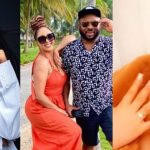 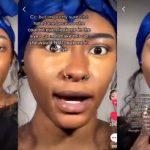