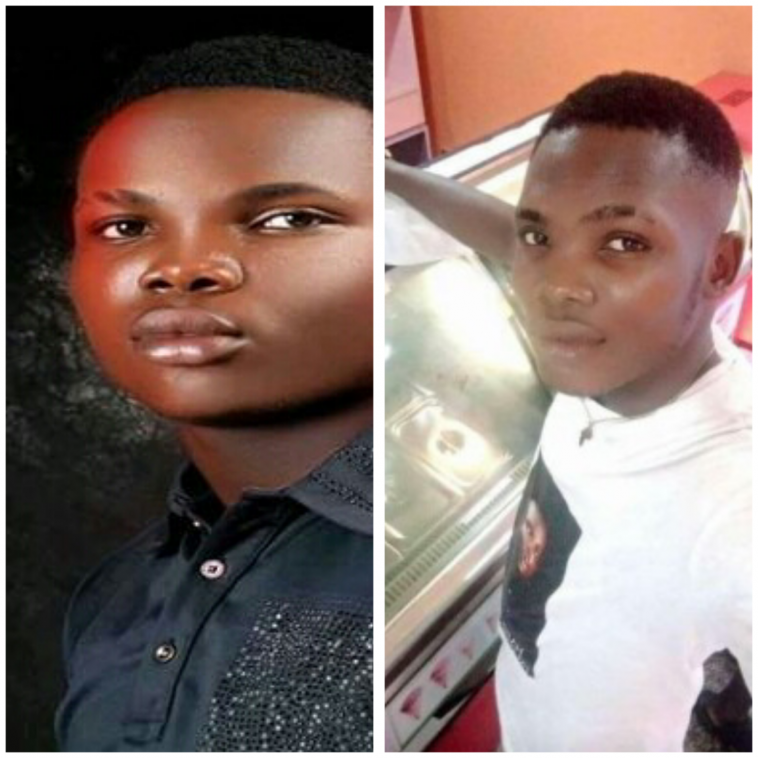 The family of late Chinemerem Orji, a 22-year-old painter allegedly shot dead by a local vigilante in Rivers State, has demanded justice for their son.

It was gathered that the incident happened at a Point of Sale centre in Umebele community, Oyigbo Local Government Area of the state on Saturday, May 22.

Speaking with Punch on Monday, May 24, the deceased’s elder sister, Kelechi, said her brother had gone to a PoS operator to withdraw money sent to him,.

However, trouble started when Chinemerem discovered that one of the notes allegedly given to him was a ‘counterfeit.’

According to Kelechi, during the ensuing argument, the PoS operator called members of the Oyigbo Security Peace Advisory Committee, who on arrival, compounded the situation and tried to drag her brother to their office near a police station where they allegedly stabbed him with a dagger.

“My brother was with his girlfriend, who said she didn’t have any money, but needed cash to go out.  So, he called his friend to send N1,500 to his account, which was done. He went to the PoS operator to withdraw the money. After withdrawing the money, he found out that the N1,000 note was counterfeit. So, he went back and asked the PoS operator to change it, but he refused,” she narrated.

“As they were arguing, the PoS operator called the OSPAC vigilantes. They came and tried to force my brother to mount their motorcycle. They were dragging him to follow them to their office, but he said he wasn’t going with them, because he didn’t commit any crime. He was just asking the guy to change the money for him.”

“The other members came and dragged him and in the process, one of them brought out a dagger and stabbed him in his two hands and body. One of them, who was on a motorcycle, disembarked and shot my brother in the back. They took his body to their office and called me on the phone. Already, my mum had gone to the police station, because she didn’t know the OSPAC office. When she came back, I was already at home. So, I went to the police station.”

Kelechi said while at the station, a female cop asked her if the station was a hospital.

She further narrated, “I finally traced the OSPAC office, but I couldn’t go in because the place was not looking safe. So, I called my mum to come. I thought that when they see her they would allow us to see Chinemerem, but they chased us away,”

“All of a sudden, the OSPAC guys started coming out from their office one after another and started chasing us that we should leave the street. They started threatening us with guns. While we were there, an ambulance came to their office.

“My mum, my brother’s girlfriend and I refused to go. One of them came and shot in the ground. I dragged my mum and we ran. Some people, who saw what happened, came to hold my mum. We were there when the ambulance took the body out. Up till now, we have not seen his corpse.”

Asked what they were told at the police station in Oyigbo, she said,

“They didn’t even tell us anything reasonable. They only told us to come back the following day. We are asking for justice. I want to see my brother’s corpse and let them identify the man, who shot him and make him to face the law. We want help from the government and the public” she added. 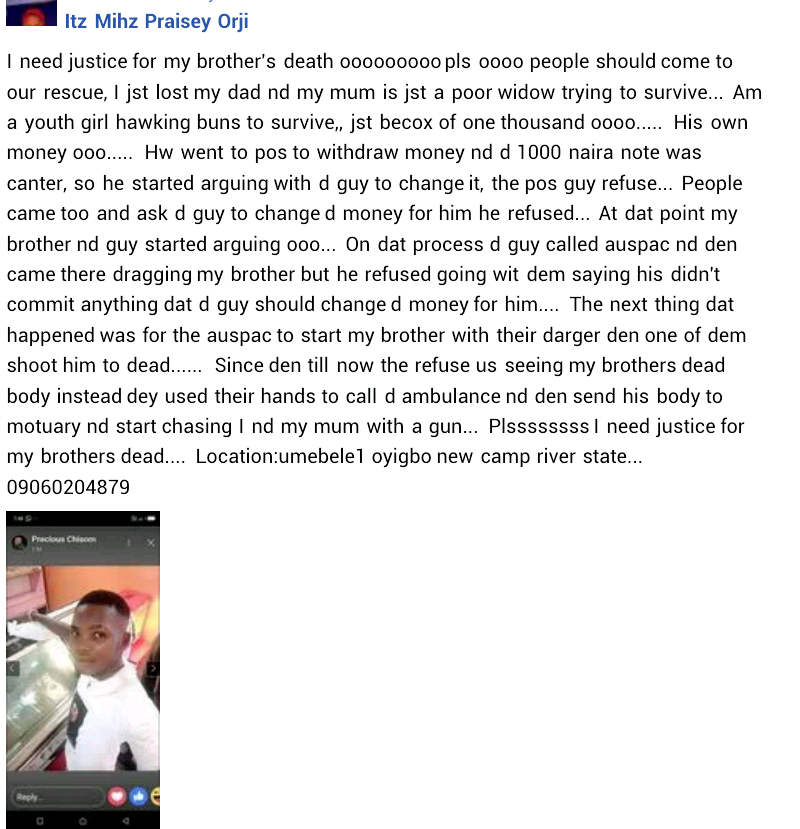 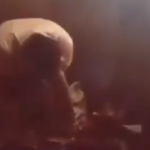 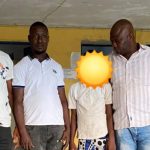