The Managing Director of Techno Oil, Anthony Onyeama, on Friday appeared before the Lagos State Judicial Panel on restitution for victims of SARS and other related offences, in deference to a summon issued on him and two other management staff of the company.

At the last sitting of the panel on the petition filed by Prince Sunday Adebayo, the Chairman of the panel, Justice Doris Okuwobi, had granted the request of the petitioner to summon three management staff members of Techno Oil.

Those summoned were the Group Managing Director, Mrs Nkechi Obi, the MD, and Mr Godfrey Okigbo.

The petitioner, a stock investor, had told the panel that he was unlawfully arrested and detained by men of the Special Anti-Robbery Squad (SARS) from July 17 to August 10, 2015, without bail with respect to a trumped-up allegation of using a fraudulent cheque to lift four tankers of Automotive Gas Oil (AGO) from the Kirikiri Depot of Techno Oil.

He said the allegations were made by the three management staff members of the oil company to the police.

The petitioner asked the panel to summon all three to testify so that he can clear his name and seek compensation from the police for his alleged unlawful arrest and detention.

Led in evidence by the petitioner’s counsel, Adeyinka Omowa, Onyeama said he has worked with the company for 25 years but cannot recall having any business dealings with the petitioner.

“Techno Oil has a standard of about 12 major customers. Most times, some other companies could also pay through the major customers. The customer paid some money and claimed that he was paying through Zedimano,” he said.

The witness added, “A teller came in, claiming to have paid in favour of Zedimano and the manager loaded products, but the cheque did not drop, and on contacting GTB, we were told that the cheque is a dud cheque.

“Then we contacted the police and they arrested Sunday Adebayo. The matter happened in 2008 and I was the MD as of then.

He said from the police information, the petitioner defrauded the company, adding that he does not know if the police have concluded their investigation.

Onyeama was, thereafter, shown some documents by the petitioner’s counsel which he recognised and affirmed his signature on the document and when asked if the documents have been admitted in evidence, he said he does not know because he was not present when the petitioner gave his evidence in chief.

Consequently, the petitioner tendered the documents which were admitted as an exhibit with no objections.

The petitioner’s counsel asked the witness if the real culprit for the fraud had been arrested by the police and he responded that he was not a policeman to know that.

Under cross-examination by the police counsel, the witness admitted writing a petition to the Nigeria Police, saying it was on that basis that the petitioner was arrested.

The police counsel then sought to tender the petition which was not objected to and was admitted as exhibit.

Onyeama also admitted that a member of staff of Techno Oil was invited to the Zone 2 Headquarters of the police, but he could not recollect who made the allegation.

He admitted knowing that his company filed a suit against Adebayo and CSP Ebikwe at the State High Court, noting that it was for the same case of theft.

The witness was shown a copy of the suit filed which he recognised, and the police counsel sought to tender it. It was not objected to.

A fundamental right suit of the three management staff members against the AIG in charge of Zone 2 at the time and Adebayo was also tendered and admitted as exhibit.

Similarly, a copy of the MOU between Mr Olufemi Olusi of Techno Oil and the petitioner dated June 5, 2014, was admitted and marked as exhibit. 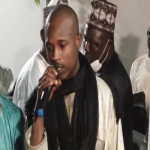 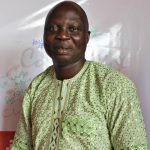