A petitioner, Nnamdi Eze, has narrated how officers of the Special Anti-Robbery Squad (SARS) allegedly extorted ₦3.2 million from him.

He disclosed this on Tuesday while speaking before members of the Lagos State Judicial Panel of Restitution and Inquiry, set up to investigate issues of police brutality.

Led by his counsel, Kingsley Nwachukwu, Eze said, “at about 1:20 – 1:30 am, there was a knock on my door and I heard shouting, open your door, you are surrounded. When I opened the door, torchlight was flashed in my face and I couldn’t see. I received three slaps and they immediately started asking where is the gun?”

He said even though he couldn’t see the faces clearly, he realised that some of the intruders were uniformed policemen while some others wore mufti.

“They asked for my International passport and I gave them. I was to travel the next morning to Imo state and I usually travel with cash. I had withdrawn N700,000 for my trip to the village. They picked up the money, handcuffed me and drove me out until we got to the FSARS Adeniji-Adele police station. They took me into a cell and the next morning they told me to call my people” he said.

But according to him, his family members refused to show up for fear of being detained. He eventually called a friend.

“I called a friend, who also said he could not come alone but he would go to Zone 2 & come with an officer. He came the next day, 12th September and they told him and the officer that I was an armed robber, when he asked for proof, they later said I’m a drug lord, then they later said I’m a yahoo boy (fraudster). They told the officer to go, that they will resolve with me. After he left, they asked me for N2.5 million”.

“They took me to a first bank, in Maryland to make the withdrawal. The cashier called the bank manager who took me into his office and asked if I was under threat. I denied but he wasn’t convinced and he later said there was no such money in the bank.

“They took me to another First bank in Igando and gave me a Gtb account to transfer ₦2million.

“They then asked me to join the queue to withdraw another 500,000 so in total, they took N3.2m from me. They took me back to Adeniji Adele and released me around 6:00 pm. The #ENDSARS protest gave me an opportunity to talk about my experience.

“The FSARS destroyed my business and brought me down. I have come to the panel knowing that justice will be served”.

Under Cross-Examination from police counsel, Cyril Ejiofor, the witness admitted that he did not report the incident to the authorities neither did he file any petition.

When asked if he found out how the FSARs came to pick on him, Eze said, “one of them said, they have informants at the bank”.

According to him, after the incident, he started to withdraw ₦500 thousand from the bank every day, to dissipate all the funds in the account which he said was about ₦7million

The cross-examination also revealed that the account to which the petitioner was asked to transfer ₦2million belonged to one Mr. Yusuf.

The petitioner denied knowing him or doing any business with him.

The police counsel, thereafter, asked the panel to raise a petition against the account so that Mr. Yusuf and/or the bank manager can be summoned as a witness to also testify before the panel.

The case which was one of eight, was then adjourned to February. 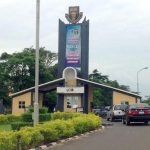 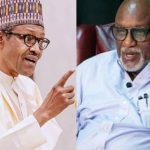