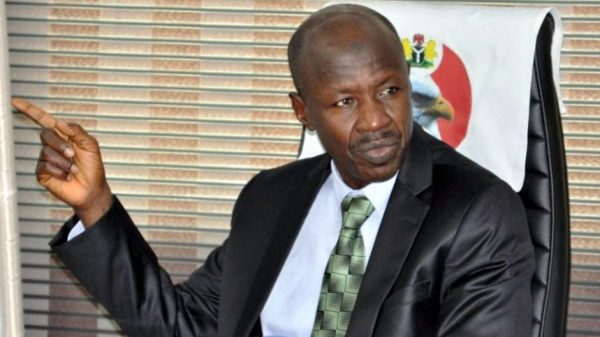 The Acting Chairman of the Economic and Financial Crimes Commission (EFCC) Ibrahim Magu, it was time yesterday to give account of his stewardship.

Speaking before an audience of dignitaries, including President Muhammadu Buhari and House of Representatives Speaker Yakubu Dogara and Commonwealth Secretary General Baroness Patricia Scotland, Magu said the EFCC had recovered over N500billion from looters between November 2015 when he took office and now. Besides, 486 convictions have been secured.

The President twice presented Magu’s name for confirmation. He was rejected by the Senate but the Presidency said he remained the best man for the job.

Magu spoke in Abuja during the inauguration of the N24-billion new headquarters of the anti-graft agency.

“The recoveries meant for the Federal Government are duly remitted to its account while recoveries for individuals and private institutions are equally paid to them in accordance with the law.

“We are also making strides as it relates to the prosecution of high-profile cases. For instance, for the first time in the history of Nigeria, a Senior Advocate of Nigeria was convicted in a case prosecuted by the EFCC.

“I, therefore, again, restate the commitment of the Commission to the fight against corruption.

“We do not go after innocent citizens, we go after those who have stolen and arrogated same to themselves, like President Buhari has said.”

Magu said the Federal Government had recovered and was still recovering trillions of naira stolen in the past few years by “people without conscience”.

President Buhari said his administration never engaged in witch-hunt in its anti-corruption war.

He urged Nigerians to change their ways of handling public trust and pleaded with the Judiciary to continue to collaborate with the Executive to bring corrupt people to book.

He also told the audience that he was ousted from office as a military leader in a palace coup in August 1985 for fighting corruption.

President Buhari, who ruled between January 1, 1984 and August 27,1985 as Head of State, was overthrown in a coup led by then Chief of Army Staff Gen. Ibrahim Babangida and subsequently detained. Gen. Babangida replaced him and ruled the country till he stepped aside on August 27, 1993.

He said although the corrupt would always fight back, he would not be intimidated, adding that the Federal Government was determined to make a success of it.

“War of corruption is not an easy one to fight, because it affects so many different branches of our lives, so much that some people do not even consider breaking trust is anymore a crime. It has become the norm. That is why we must fight this attitude and encourage Nigerians to change their attitudes and perspectives,” Buhari said.

He went on: “The goal of this Administration is to ensure the protection of public trust, and the anti-corruption war is at its centre. We never intended, and we are not engaged in witch-hunt, but we are determined within the laws to call people to account.

“It is for this reason that we appeal to Nigerians to support regulatory agencies, like Economic and Financial Crimes Commission, because fighting corruption is everyone’s concern. I call on the Judiciary and the National Assembly to join hands in this national effort.

“ I am glad to note that quite a number of nations are signifying interest to help us tighten their laws and enter into agreements with Nigeria to repatriate not only stolen funds but to make the culprits face due process of law.

“We are committed to working with our foreign friends to stop the inflow of stolen funds from Nigeria into their countries and recovering what is there already. These assets, when repatriated will be put to building our infrastructure.”

“My first attempt to fight corruption, corruption fought back successfully. I was removed from office and detained for three years,” the president said.

Buhari said with the anti-graft war by his administration, everyone now knows that corrupt officials will be held to account no matter how long it takes.

“Since 2015, we have made significant progress in the fight against corruption. Everyone now knows that corrupt officials will be held to account, no matter how long it takes.

“We have recovered and are still recovering trillions of naira that were stolen in the past few years by people without conscience.

“We are pursuing recoveries everywhere and are making sure that anyone who has been found culpable is made to answer for his or her crime under the law.”

He said although the completion of the complex was significant, it is also a sign of Nigerians’ resolve to fight corruption.

Baroness Scotland said Nigeria was on the right track in its fight against corruption.

She said: “We hope that this building will not only take the angels but will send all the corrupt [persons] to where they rightly belong.”

Dogara said: “I had said with the commitment of the President to fight corruption, anyone who had gone to the former Head Office of the EFCC as if you’re a foreigner visiting Nigeria for the very first time, the impression you’d leave with is that the fight is a joke because we didn’t have a building that represented the seriousness with which the fight against corruption was attached.

“I am happy to say to Mr. President that by this singular effort, he has demonstrated that he has put his money where his mouth is. I am happy to say that it’s through the support of the National Assembly that funds were put together to complete this institution and I can assure you of our continued commitment to supporting the fight against corruption.

“ So emphasis must now be moved to those wonderful men and women who are sacrificing so much in order to ensure the war is sustained and won.

“We expect that the officers of the EFCC should be angels; that is not a misplaced expectation, except for the reminder that angels live in heaven; they don’t live in hell.

“When you have an angel banished to hell, he’s now a demon, and demons cannot lead this fight. The last thing I will say is that this is perhaps the most important venue from which we must begin to change the narrative about corruption in Nigeria.

“ The Chairman made a statement about a reference that was made of Nigeria as a fantastically corrupt country. Incidentally, that statement was made in a city that is the home of the inflow of a lot of illicit funds.

‘The person also stated that Nigeria leads the world in criminal enterprise, In fact, that in the university … you can study and major in credit card fraud. That’s the narrative out there, but that must change due to the fact that we have sitting before us here a President who has won global acclaim as being corrupt-free. I can tell you that he is not alone in Nigeria; there are millions of Nigerians that we come across day by day who are corrupt free. 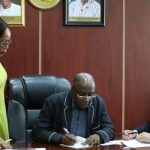 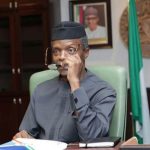