The former minister is facing multiple corruption and money laundering allegations during her tenure as minister.

She is also being investigated by the British and American authorities, and has been living in the United Kingdom for two years where she is receiving treatment for cancer.

Very wrong headline it was! How can EFCC be seeking her extradition & same time blocking it? Please read this report for what transpired.

Read the report below:

Justice Nnamdi Dimgba of the Federal High Court Abuja, on September 20, dismissed an application brought by a former Minister of Petroleum Resources, Diezani Alison-Madueke, seeking to be joined as a defendant in the trial of Jide Omokore, and also struck out the eighth count in which her name was listed.

Counsel for Diezani, Onyechi Ikpeazu, SAN, had on September 18 filed the application, based on the fact that her name was listed in the eighth count, and sought for amendment of the charge, to include her as the seventh defendant, “in order to give her the opportunity to defend herself”.

In the said application, Diezani also requested that the court direct the Attorney General of the Federation to facilitate her appearance in court on the next adjourned date in October 2017.

Counsel for the EFCC, M.S. Abubakar, in an 18-paragraph counter-affidavit, however, vehemently opposed the application, arguing that, ‘the applicant realized she was being investigated, and she absconded abroad and sometimes in March this year operatives were in London, but her lawyers refused to allow the operatives interview her.’

He added that: ‘My lord, this present application is a plot by the applicant to enable her escape prosecution in London, also to enable her come to Nigeria and scuttle the ongoing case which has already gotten to an advanced stage.’

After hearing arguments, Justice Dimgba, declined to grant the application, and instead, struck out the eighth count in which Diezani’s name appeared.

The trial of Omokore and his co-defendants continues on October 5.” 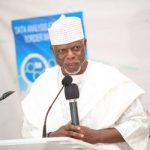 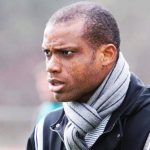