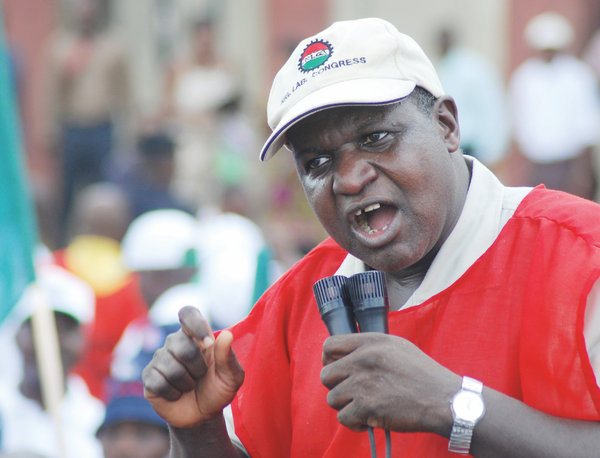 The Nigeria Labour Congress (NLC) has warned the federal government against testing the resolve of workers and other Nigerians by contemplating an increase in the prices of petroleum products.

The congress also backtracked on its earlier support for the plan by the Buhari administration to borrow about $29 billion, saying the government should instead pursue and recover stolen government funds and use same to fund infrastructural development

Speaking at the opening of its National Executive Council meeting in Sokoto, NLC President, Comrade Ayuba Wabba, expressed concern over ongoing media campaign and contradictory statements from the NNPC and government officials on the rumoured plan to increase the pump price of petrol.

He said the congress was totally opposed to any form of increase in prices of petrol as such an act would further increase the sufferings of Nigerians, adding that congress would mobilise Nigerians to resist any such increase.

Wabba said: “While Nigerians are still struggling to cope with the severe hardship imposed on them by the last increase in the price of petroleum products, there are ongoing media campaigns and contradictory statements by the NNPC and government officials on yet another plan to review the template for the pricing of petroleum products.

“We are totally opposed to any further increases as we are yet to see the benefits of the last increase even as the current Minimum Wage Act has not been reviewed.

“It would amount to unleashing further hardship on workers and the poor if any further price increase is allowed.

“The government must not take us for granted. Indeed, the patience and perseverance of the entire populace must not be taken for granted, as we will sure mobilise the entire citizenry for mass protests in addition to other legitimate actions to resist any further increase.

“What is urgently required of government is not another increase but a downward review of the current pump price of petroleum products.

“The current National Minimum Wage Act has long elapsed, and as you are already aware, we have long submitted our proposal for a review but Government seems not in a haste to recognise the urgency in attending to our demands.

“Nigerian workers and pensioners are as important to the growth of the economy and must not be allowed to continue to suffer further hardships.

“We therefore reiterate our call on government to treat the review of the minimum wage and pension with the utmost urgency they deserve.”

While commending the Federal Government in its sustained battle against corruption and determination to ensure good governance in our country, Wabba said the battle should be more systemic and institutionalised with strong laws and institutions strengthened enough to sustain the battle, adding that “our country has been seriously harmed both in image and resources by the impunity with which public funds were looted for decades such that what we need is beyond a flash in the pan approach.

“We will support government in all areas that will promote good governance at all levels and all facets of the Nigerian society as long as it sustains its commitment to delivering people-driven governance that will promote decency and growth in all spheres of our socio economic and political endeavour.

“But we will not support the plan by the Federal Government to borrow more money from anywhere as we obviously have enough to attend to our immediate needs.

“For instance, if the government vigorously pursues those in possession of our collective wealth, especially multinationals who have refused to remit funds meant for corporate Nigeria, we would have enough to rejuvenate the economy and the quality of the lives of our people.

“NEITI has already been quoted to have discovered that $22 billion (twenty-two billion dollars) has not been remitted by multinational firms to the federation account. This amount alone can take care of some of the areas any new loan is expected to be expended on. “If we must borrow, perhaps such borrowings, on terms strictly not against our collective interests and in particular not designed to deepen our debt burden, it should be directed towards revitalising rail transportation and roads and not for servicing remunerations or tastes of public office holders.

“Loans must have specific targets in public interest and strictly directed to their original uses; that is if we must take any at all.

“We are also opposed to the idea of giving public funds to bail out commercial banks or interests, especially the recent proposal to give out $7 billion as bailout funds to commercial banks without any repayment schedule whatsoever.

“While we also support the need for budget reform, we urge the government to ensure that the process is all inclusive, transparent, accountable and in line with the principle of good governance.

“Once more, we urge government to be very careful with the process of economic reforms and development as it has become clearer around the world that neo-liberal prescriptions handed troubled economies have not been of any help but rather further unleashed mass poverty and infrastructural decay on recipient countries and their citizens.

“The prescriptions only generate massive wealth for the tiny few rich while devastating the quality of lives of the citizens.

“Indeed, a prominent report by Forbes has alarmed that ‘unless it changes, capitalism will starve humanity by 2050’.

“We should not be seen to be accepting alien economic recovery policies that have been proven to be responsible for our problems in the first instance, as all previous prescriptions from the Breton Woods institutions have only ended up destroying our economy and impoverishing our people.

“We have enough intellectual capacity in our country that can develop people-driven policies that is truly rooted in our specific circumstance for the recovery of our economy.” 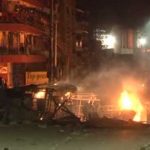 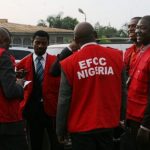