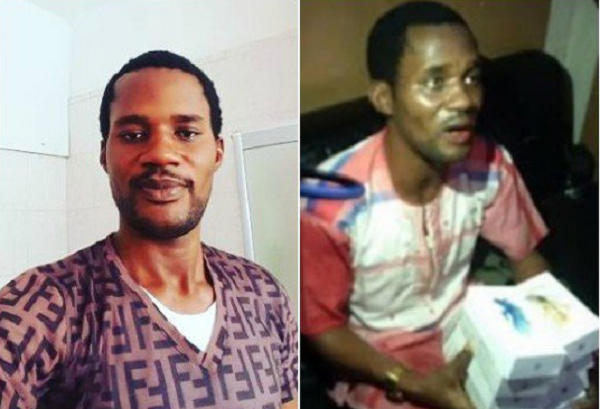 Egbegbe will, however, be allowed to go home free as he has been in detention for 57 months since his arrest in 2017.

The judge also freed the four other defendants who were standing trial with him.

Egbegbe was imprisoned on February 10, 2017, following his arrest for allegedly obtaining money by false pretence from no fewer than 40 bureau de change operators in different parts of Lagos from 2015 to 2017.

Egbegbe, who is said to be the owner of Ebony Production, allegedly defrauded the BDC operators by claiming to have naira to exchange for foreign currency and vice versa.

He and one Oyekan Ayomide were first arraigned by the police on February 10, 2017, before Justice Oluremi Oguntoyinbo, on 36 counts bordering on advance fee fraud.

They pleaded not guilty and were remanded in prison from that date.

The charge sheet was subsequently amended twice, with the counts eventually increased to 40 and three other defendants – Lawal Kareem, Olalekan Yusuf and Muyideen Shoyombo – added, making the defendants five.

Again, the defendants pleaded not guilty and were remanded in prison pending when they would satisfy their bail conditions.

Egbegbe was, however, unable to meet the bail terms and remained in detention during the trial.

After reviewing their case, Justice Oguntoyinbo in her judgment on Wednesday, threw out 39 of the 40 counts because of a lack of witnesses to substantiate their claims.

The judge held that those counts crumbled “because of a lack of witnesses to substantiate the claims”.

She also held that the prosecuting team failed in its responsibility to produce evidence, to be backed with witnesses on counts 4, 19 and 21.

In the final analysis, Justice Oguntoyinbo held, “Having considered the entirety of the circumstances and taking judicial notice of the allocutus, I hereby sentence the 1st Defendant (Kareem) to imprisonment for a term of Seven {7} years with hard labour, only in respect of Count 19 of the amended charge.

“The term is to begin from the very first date the 1st Defendant was detained in police custody and/or remanded in prison, whichever comes first. I so hold.”

The judge further said, “This is to send a clear message to all and sundry, the young as well as the old, the unknown and the famous that, regardless of the number of days a crime goes unpunished, the law would definitely take its course in due course.

“Most importantly, the prosecution witnesses’ contradictory testimonies have failed to satisfy the exact sums of money contained in the majority of the unviable and unsupported counts of charges filed against the 1st Defendant. I so hold.

“From the avalanche of evidence before this Honourable Court, it is crystal clear the Nigerian Police tampered with the various sums of money collected from the 1st & 2nd Defendants. The serial number of the various sum of money was not recorded by the Exhibit Keeper nor the Exhibit Ledger tendered before this Honourable Court.

“The Nigerian Police Force, Lagos State Police State Criminal Investigation & Intelligence Department, Panti, Yaba and the entire Lagos Police Command and sadly its Legal Department have failed in the discharge of these solemn responsibilities to present the actual exhibits before this Honourable Court. I so hold.

“These law enforcement agencies should not be seen to play hanky – panky with crucial items necessary for the determination of issues of this ilk. I so hold.

“I hereby acquit and discharge the 2nd, 3rd, 4th & 5th Defendants from the charges levelled against them.

“This is the judgment of this Honourable Court read in open court.” 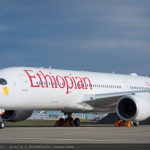 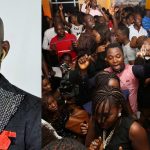