The Central Bank of Nigeria has launched countdown clock on its website ahead of its deadline for the submission of three Naira notes which would be redesigned.

CBN Governor, Godwin Emefiele who had earlier revealed that the new notes to be redesigned are N200, N500 and N1000, had also disclosed that the decision was taken due to persisting concerns with the management of the current series of banknotes and currency in circulation, particularly those outside the banking system.

He had also said that statistics shows that over 80 percent of the currency in circulation is outside the vaults of commercial banks. 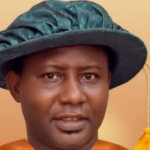