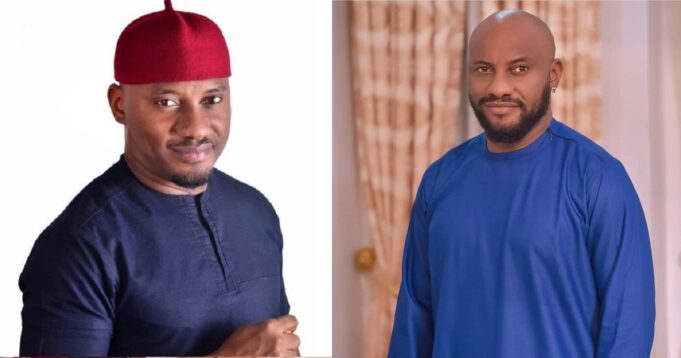 Popular Nollywood actor, Yul Edochie has given a piece of advise to Nigerian youths who use social media for frivolous activities.

In a tweet posted on Twitter, the actor, who said he doesn’t have a problem with the youths and is only trying to sensitive them, said catching cruise and trolling people online won’t get them where they want to be.

He admitted that though the government are not performing their roles well, but there’s so much the youths can achieve if they focus on improving themselves. According to the 40-year-old, anything one focuses on will eventually grow,

“I have nothing against Nigerian youths. Just trying to wake them up. Catching cruise & insulting people every second won’t get you where you want to be. Yes the Govt hasn’t done well but there’s a lot you can achieve if you focus on self improvement. Whatever you focus on grows.” 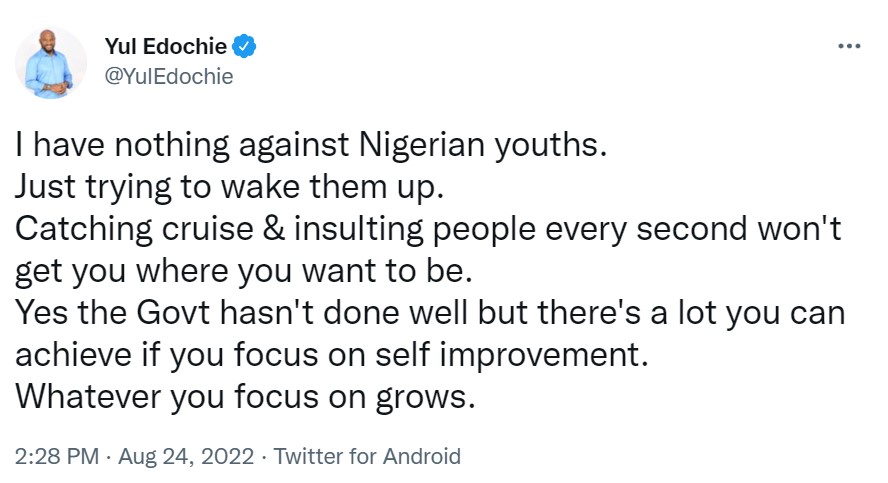 A while ago, Yul Edochie took to his social media page to offer some ‘nuggets’ to his followers.

According to the Actor/Politician, Money is good but it is not everything. He also averred that one ought to be wary of those who make money the core of their existence. 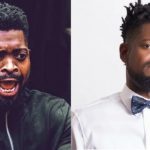 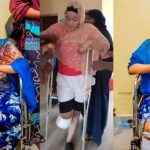