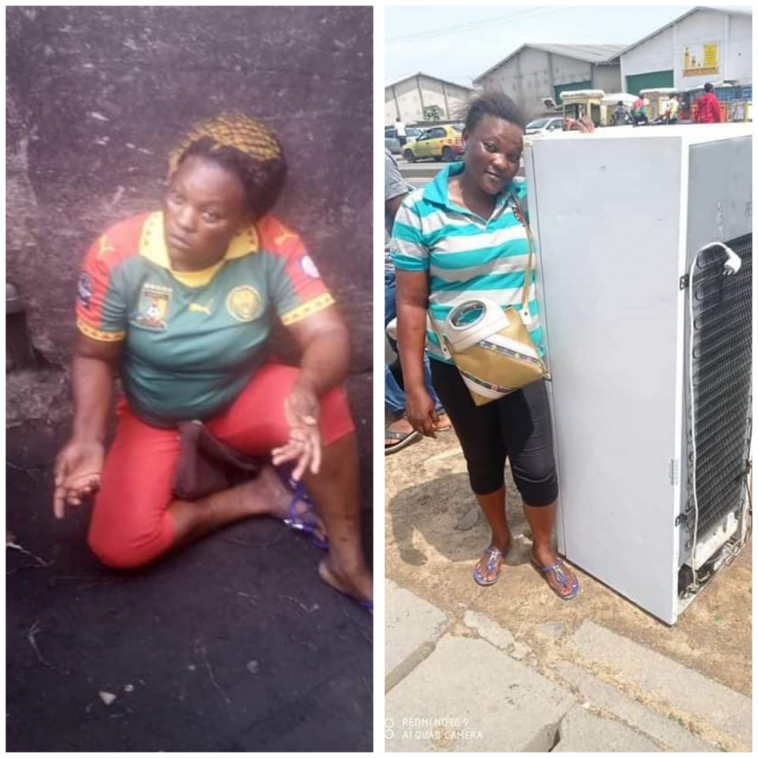 A Cameroonian woman who was humiliated over alleged theft has been made a businesswoman by generous social media users.

It was gathered that the woman was mocked and almost lynched by an irate mob few days ago after she was caught stealing food spices at Ndogpassi markets market in Douala.

After photos of the incident went viral, French speaking Cameroonian blogger, N’zui Manto Officiel launched an online campaign to raise funds and establish a business for her.

On Thursday, May 20, the blogger shared photos of a refrigerator, food items, other goods and cash handed to the woman to start her own business. 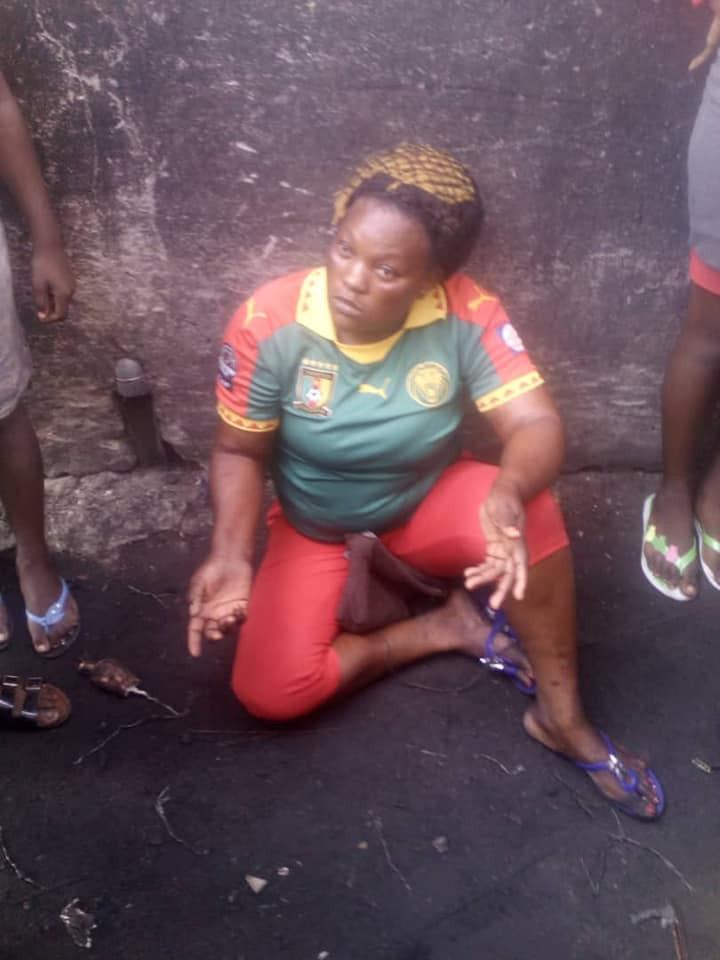 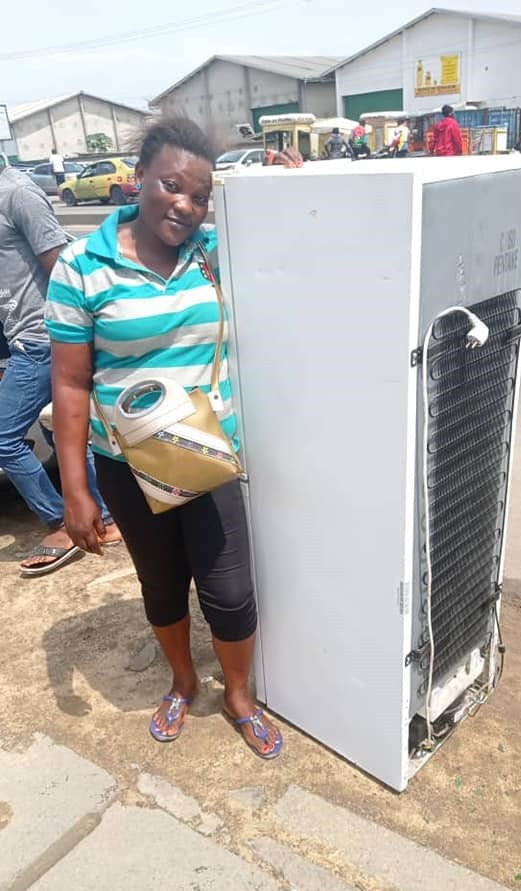 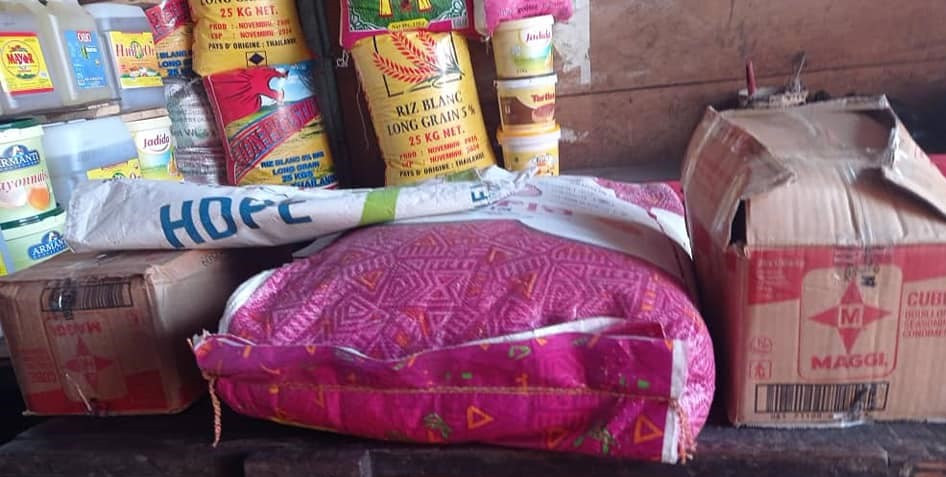 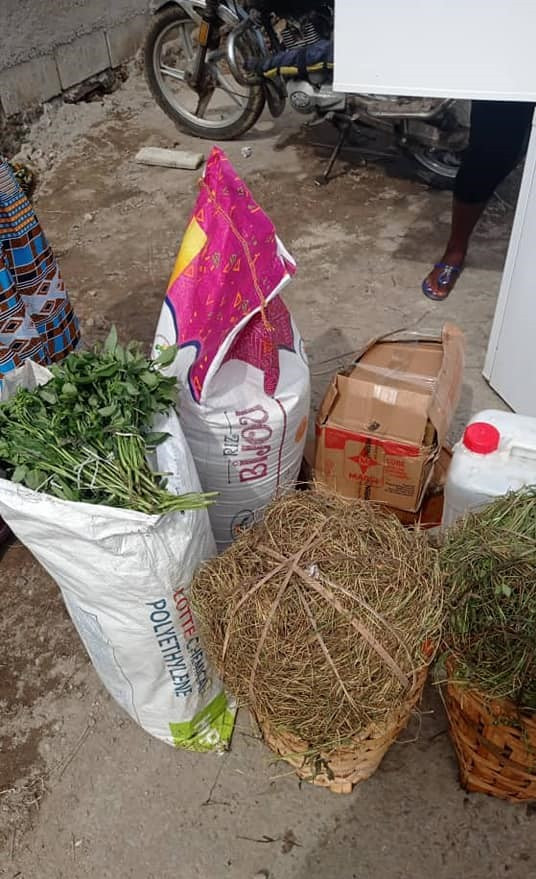 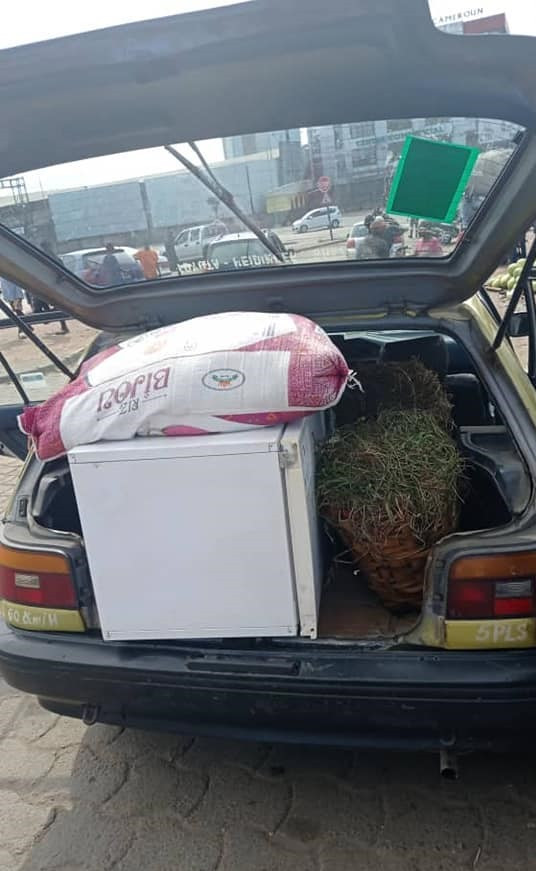 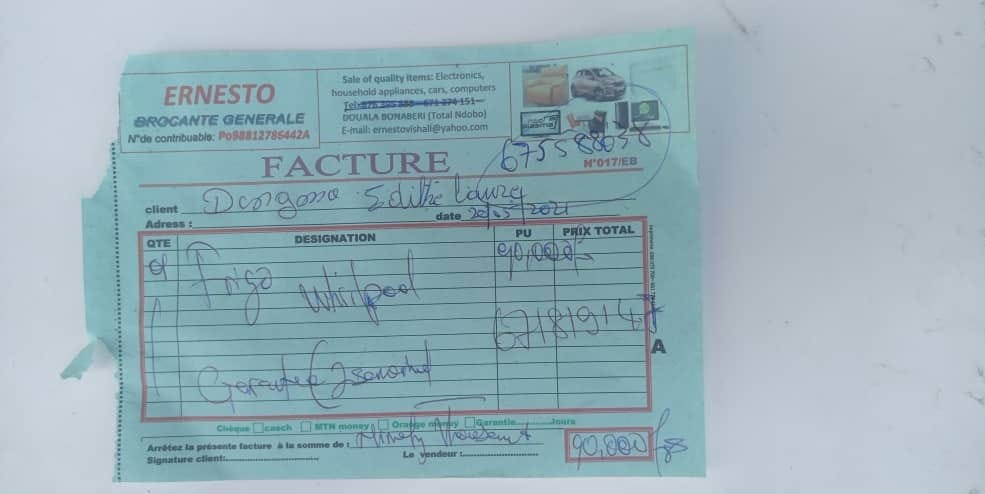 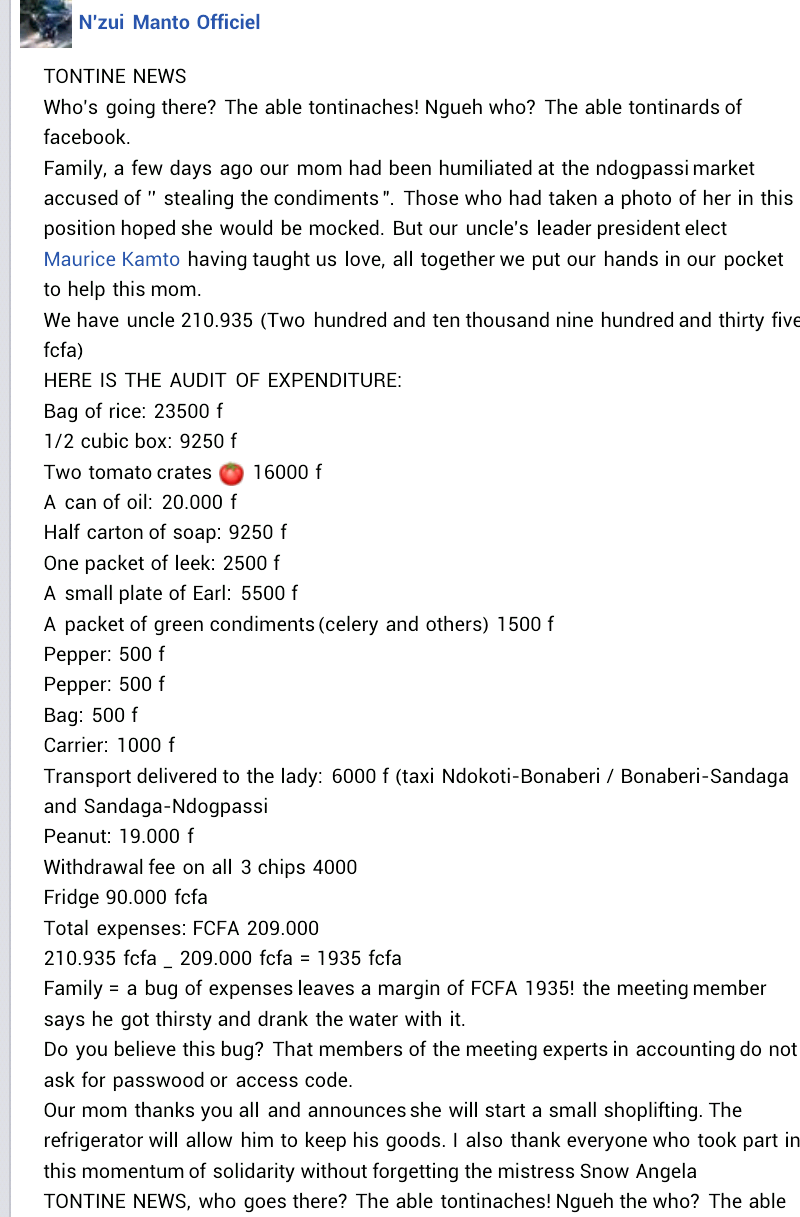 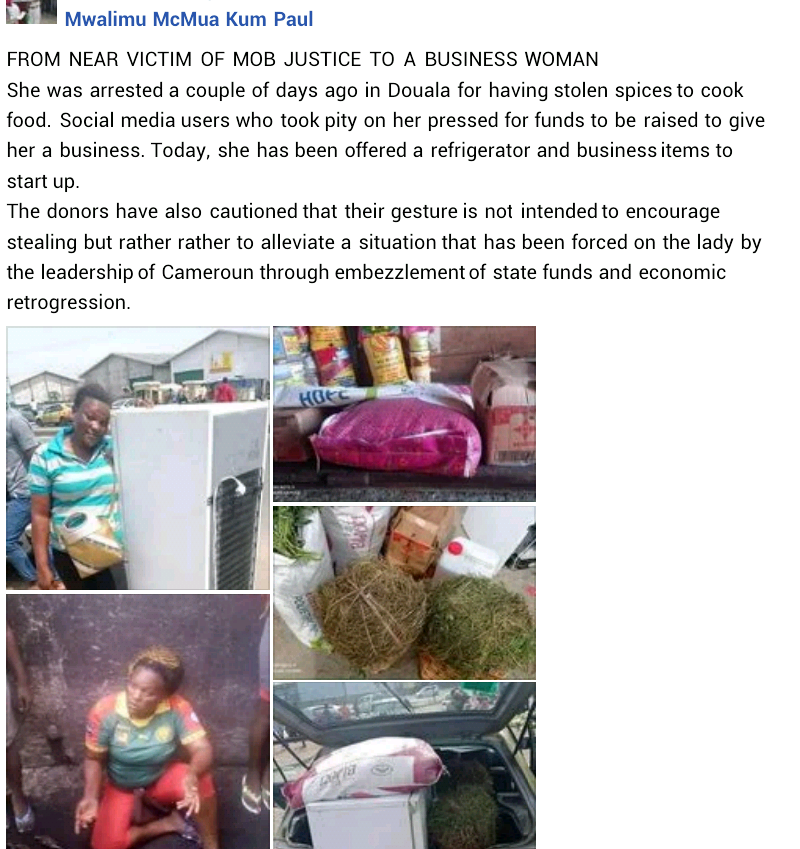 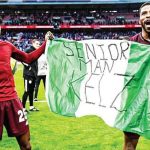 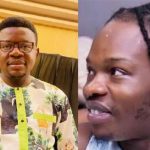