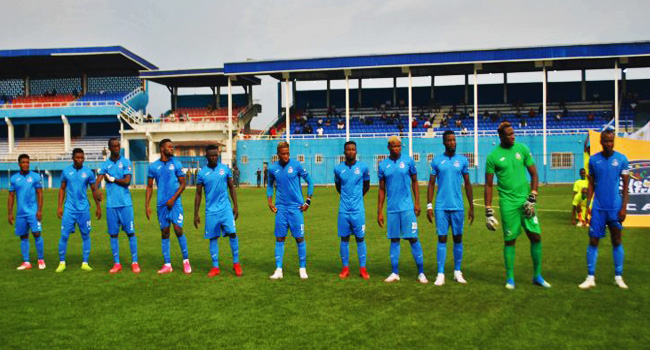 Enyimba Football Club showed their determination to remain in the CAF Confederation after a hard-fought 1-0 over Rivers United in the first leg of the play-off round of the competition.

The match which took place at the Enyimba International Stadium suffered some challenges due to bad weather conditions; in the 9th minute, the game was suspended and later resumed after the rainfall reduced.

The first half was drab with both sides creating no clear chance at goal because of the water-logged pitch. The movement of the ball was slow and the players struggled to make passes, connect and make timely runs.

When play resumed in the second half, the pith condition improved and the real contest began and it didn’t take long before the hosts scored the decisive goal.

It happened in the 59th minute when the hardworking Anayo Iwuala dazzled his way to Rivers United danger zone and located Cyril Olisema who produced a calm finish to give Enyimba the lead.

Rivers United defenders judged Olisema to be offside but they were wrong. They contested the decision with the centre referee but he insists it was a good goal.

The visitors had enough time to go in search for an equaliser but did not create enough to pressurize the People’s Elephant. Instead, it was the home side who got close to doubling their leading with captain, Austin Oladapo releasing shots at goal that forced goalkeeper Theophilus Afelokhai to produce brilliant saves.

In the 75th minute, Tosin Omoyele was shown a red card for what the referee interpreted as retaliation but Rivers United did not take advantage of the man advantage and Enyimba held on to seal victory.

The defeat also means Stanley Eguma’s team will miss out on the 20 million naira offer made by Governor Nyesom Wike as a winning bonus if they beat Enyimba in Aba.

Enyimba will take the advantage into the second leg contest which will be played on Sunday, 21 February at the Adokiye Amiesimaka Stadium in Port Harcourt. 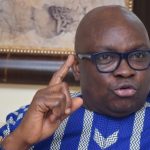 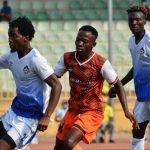