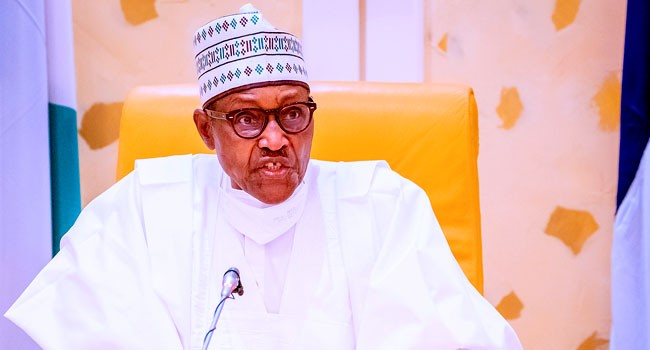 The President, Major General Muhammadu Buhari (retd.), has said ongoing investigations have revealed a serving member of the National Assembly as one of the high-profile financiers of the leader of the proscribed Indigenous People of Biafra, Nnamdi Kanu; and the Yoruba nation activist, Sunday Adeyemo, popularly called Sunday Igboho.

He said his regime was vigorously pursuing the financiers whom he refused to name.

Buhari disclosed this in his nationwide broadcast to Nigerians to mark the nation’s 61st independence on Friday.

He said while his regime would continue to work on dialogue-based solutions to address legitimate grievances, it would take decisive actions against secessionist agitators and their sponsors.

The President insisted that Nigeria’s unity is not negotiable.

He said, “Nigeria is for all of us. Its unity is not negotiable. And its ultimate success can only be achieved if we all come together with a common goal of having peace and prosperity for our nation.

“We shall continue to work on dialogue-based solutions to address legitimate grievances. But we remain ready to take decisive actions against secessionist agitators and their sponsors who threaten our national security.

“The recent arrests of Nnamdi Kanu and Sunday Adeyemo, and the ongoing investigations being conducted have revealed certain high-profile financiers behind these individuals.  We are vigorously pursuing these financiers including one identified as a serving member of the National Assembly.

“This is a clear example of how people abandon their national leadership positions for their selfish gains. Instead of preaching unity, they are funding and misleading our youths to conduct criminal acts that sometimes lead to unfortunate and unnecessary loss of lives and property.

“As the so-called leaders run abroad to hide, our innocent youths are misled and left in the streets to fight for their senseless and destructive causes.”

Buhari said in line with Section 14(2)(b) of the 1999 Constitution (as amended), the security and welfare of Nigerians continued to be the prime focus on which programmes and projects of his regime revolve.

To this end, the President vowed to arrest and prosecute those he said weree fond of inciting violence.

He added, “As government, we are ready to arrest and prosecute all persons inciting violence through words or action. Our resolve for a peaceful, united and one Nigeria remains resolute and unwavering.

“That said, our hope is not to fight for peace. We can always settle our grievances peacefully without spilling any blood.

“I will therefore take this opportunity, on this special day that symbolises the unity and oneness of our great nation, to ask all Nigerians to embrace peace and dialogue, whatever your grievances.

“The seeds of violence are planted in people’s heads through words. Reckless utterances of a few have led to losses of many innocent lives and destruction of properties.

“Such unfiltered and unsubstantiated lies and hate speeches by a few evil persons must be stopped. Our media houses and commentators must move away from just reporting irresponsible remarks to investigating the truth behind all statements and presenting the facts to readers.

“We must all come out and speak against the lies being peddled. At this point, I would want to sincerely appreciate the large number of our traditional, religious and community leaders as well as other well-meaning Nigerians who, in their various fora are openly spreading the message of peaceful co-existence and conflict settlement through dialogue in their respective communities.”

Buhari admitted that the past 18 months had been the most difficult period for Nigeria.

“The past 18 months have been some of the most difficult periods in the history of Nigeria. Since the civil war, I doubt whether we have seen a period of more heightened challenges than what we have witnessed in this period,” he said.

He said his regime’s original priorities for 2020 were to continue stabilising the economy following the deep recession while restoring peace in areas confronted with security challenges.

He said the COVID-19 pandemic and its devastating impact on all nations forced the regime to shift gears and re-strategise.

Buhari claimed that his regime was winning the war against insecurity.

He said, “As our economy continues to open after the COVID-19 related lockdowns, we have also seen the resurgence of insecurity in certain parts of the country.

“In the last four months, the gallant men and women of the military and security agencies have made tremendous progress in addressing these new security challenges. We are taking the fight to our enemies from all angles and we are winning.”

Meanwhile, the President said he has directed the conditional lifting of ban placed on the operations of the micro blogging sire, Twitter, in Nigeria.

He said, “Social media is a very useful platform that has enabled millions of Nigerians to connect with loved ones, promote their businesses, socialise, and access news and other information.

“However, recent events have shown that the platform is not just an innocuous platform for information dissemination.

“Rather some users have misused the platform to organise, coordinate, and execute criminal activities, propagate fake news, and promote ethnic and religious sentiments.

“ Following the suspension of Twitter operations, Twitter Inc. reached out to the Federal Government of Nigeria to resolve the impasse. Subsequently, I constituted a Presidential Committee to engage Twitter to explore the possibility of resolving the issue.

“The committee, along with its Technical Team, has engaged with Twitter and have addressed a number of key issues. These are National Security and Cohesion; Registration, Physical presence and Representation; Fair Taxation; Dispute Resolution; and Local Content.

“Following the extensive engagements, the issues are being addressed and I have directed that the suspension be lifted but only if the conditions are met to allow our citizens continue the use of the platform for business and positive engagements.

“As a country, we are committed to ensuring that digital companies use their platforms to enhance the lives of our citizens, respect Nigeria’s sovereignty, cultural values and promote online safety.”

Buhari said a lot had been achieved in the last six years on many fronts.

He said his critics misdiagnosed incremental progress as stagnation.

He claimed that no government since 1999 had done what his regime had done in six years. 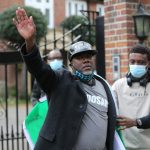 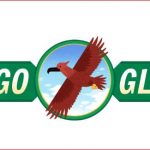