Previous Next
The personal assistant to the president on Social Media, Lauretta Onochie, has revealed that President Muhamamdu Buhari has been lean from birth as she responds to his health issues.

While responding to enquiries from twitter users about President Muhammadu Buhari’s health, the personal assistant to the president on Social Media, Lauretta Onochie, dismissed suggestions that the president’s medical condition is critical, adding that Buhari has been thin from birth.
When asked why Buhari could not seek medical attention in Nigeria, Onochie stated that the president could not change the doctors he had been using for the past 30 years.
See tweets on the issue below:

Nice response Ma, but is he the only one his age w/ that sickness in Nigeria, how come he isn't treated here in Naija w/ local roots/ herbs?

At his age, we don't expect him to change doctors he has seen for close to thirty years when it's hard for any man to change his barber. https://t.co/UUeIF3lBFY 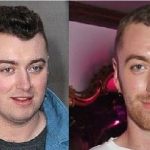 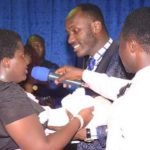