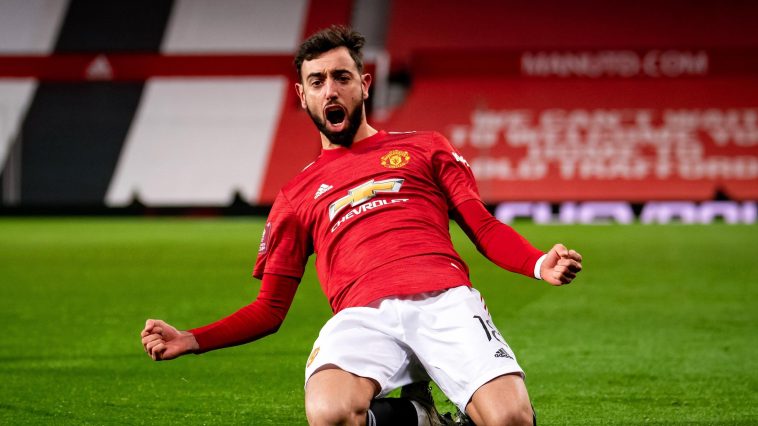 Portuguese star Bruno Fernandes’ freekick was enough to send Manchester United to the next round of the FA Cup with a 3-2 win over rival Liverpool on Sunday.

As soon as Liverpool’s defender Fabinho caught the leg of Edinson Cavani a yard outside the penalty area, the danger was so clear you could almost smell it.

They say that those kind of free-kicks are too close to be as threatening as they may look. Too difficult to get the ball up and down, apparently.

But Bruno Fernandes is a bit smarter than that. Round the side of the Liverpool wall, he sent his shot. Too much power for goalkeeper Alisson to get across. Too much accuracy for him to reach it.

And with that strike a classic FA Cup tie was won and lost. They will not talk about this game the same as they talk about some of the great meetings between these teams. Without supporters to watch, everything feels that little bit diminished. But this was a superb game, all the same.

Liverpool played their full part in it and may seem slightly unfortunate to have lost. Jurgen Klopp’s team enjoyed plenty of the territory and created some good chances. With the score at 2-2 just before Fernandes’ winner, they were the dominant team.

But Liverpool also made mistakes, too, and you simply cannot do that against this United team. Ole Gunnar Solskjaer’s side are not the finished article – not by a long margin – but they do have goals in them. They won here simply because they were the more clinical.

Liverpool were ahead early through Mo Salah and it was a fine goal. But then United roared back in to it through Mason Greenwood and when young Liverpool defender Rhys Williams miskicked to allow Marcus Rashford through early in the second period. Solskjaer’s team looked set fair. Liverpool had endured a difficult ten minutes before half-time and suddenly looked a little lost.

However their equaliser – swept in by Salah after a sublime James Milner dummy – arrived with half an hour left to play and had Salah been a little more assured with two subsequent opportunities, Liverpool could have won it.

But this was a finale and indeed a result that said much about where these teams are at the moment. Liverpool have not won a proper game for more than a month while United cannot stop at the moment. As such, it was no surprise a titanic, tight game went United’s way.

If last weekend’s meeting in the Premier League took a while to get going, this match did not.

Liverpool, impressive early on, looked as though they maybe had something to prove while United appeared to have shed the hesitancy that perhaps held them back a little at Anfield.

The result was a game of cut and thrust and two first half goals of real quality.

United looked dangerous on the break early on. Greenwood found an angle to run at goal from the right side in the ten minutes or so. On the first occasion, he forced goalkeeper Alisson to save with his legs and then, a couple of minutes later, he was wide.

It was perhaps a warning of the way United would play. Quickly and on the break. For a while they didn’t have that much choice. Liverpool’s press in the United defensive third was energetic and relatively successful, forcing United in to mistakes when they tried to play through and in to harmless long passes when they chose not to.

In the 18th minute, Liverpool scored. Gini Wijnakldum picked up play 40 yards out and when he slipped the ball forwards to Roberto Firmino, the ball slid between Luke Shaw and Victor Lindelof for Salah to run on to was terrific. Salah’s first touch gave United goalkeeper Dean Henderson just enough hope that he may block the shot but when it came it was just too cute, Salah lifting the ball high in to the goal with his right foot.

It was a very good goal and for a while United did not really respond. Liverpool picked them off relatively easily and enjoyed a period of possession. In the 23rd minute young Curtis Jones saw space open up ahead of him but his low shot from 20 yards was straight at Henderson.

United – for all their improvement this season – have not managed particularly good results against the better teams and briefly we wondered if this was to turn in to another reminder that they still have much more to do if they are to cement their position among the elite of the Premier League once again.

However, United are increasingly a team capable of scoring from pretty much nowhere and that was what happened here.

Liverpool were actually in a threatening position of their own on the edge of the United penalty area when Paul Pogba dispossessed Salah and set his team away. Referee Craig Pawson could have stopped play for a foul on Pogba as Salah tugged his shirt but the advantage he played was the right call. When the ball was fed to Marcus Rashford on the left touchline, there still seemed only the remotest danger but his long pass across field was an inch too high for James Milner and when Greenwood took it, he drove a right shot across Alisson and in to the far corner.

It was a typical United goal. Quickly and cleverly created and clinically taken.

For the rest of the half, the game was transformed. United stripped Liverpool’s early authority away and started to embarrass them down the left hand side of their attack.

Trent Alexander-Arnold has struggled for form recently and he did not look happy here. But he wasn’t the only one. Whenever United probed the gap between him and right-sided centre back Rhys Williams they seemed to prosper. Sometimes it was Rashford and on other occasions it was bombing left back Luke Shaw. Even Donny van de Beek managed to reach the byline on that side, forcing Alisson to save with his legs.

Liverpool began to look uncomfortable. Pogba and Scott McTominay both headed over from corners after escaping their markers while Fabinho was forced to foul Greenwood on the edge of his own area after Alisson sold him short with a pass. Pogba curled the free kick wide.

The pattern of the game now looked set and it was up to Liverpool to break it. Shaw and Rashford both got behind Liverpool down that left side as half time neared. Thiago cleared a shot from McTominay and then Pogba shot wide. When the interval arrived Liverpool looked glad of it. But whatever the said to each other in the dressing room didn’t pay any immediate dividend.

The second United goal – coming in the 48th minute – was a horror show for the visiting team. Greenwood’s through pass should never have reached Rashford but young Williams totally miskicked the attempted interception and the finish was applied with the right foot.

Liverpool, in all honesty, looked all at sea. It was amazing the way the game had changed. But Klopp’s team were not ready to cave in just yet. Back they came with a renewed sense of urgency and after Milner spooned a good chance over from Firmino’s knock down in the 58th minute he played a huge part in the equaliser less than a minute later.

United tried to play the goal kick out from the back and never looked comfortable. Edinson Cavani eventually gave the ball away to Milner and when he drove forward and looked to exchange passes with Firmino, he eventually let the ball run across him and Salah swept it in from 12 yards.

So a good game had just gone up another level. Neither side looked particularly inclined to play extra time and so the punch and counter punch continued, Alexander-Arnold the next to threaten as he brought a near post save from Henderson when he may have looked to square the ball.

With Sadio Mane soon sent on for Liverpool and United introducing Bruno Fernandes, it seemed unlikely the entertainment levels would drop any. Indeed had Salah not applied an unusually weak finish when played through down the right by Firmino Liverpool would have entered the final 20 minutes ahead.

As it was, Henderson was able to save and United continued to look for opportunities on the break. Apart from their second goal, Solskjaer’s team had not created anything since half time. And when Salah worked Henderson again with just over 15 minutes left it was indicative of the flow of the game.

Nevertheless United always carry a threat and when Fabinho needlessly brought down Cavani a yard outside the penalty area, the home team had a golden opportunity. Fernandes took it and almost out of nothing they were back in front. 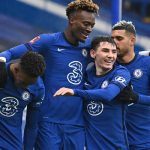 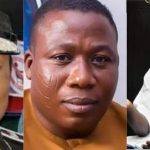