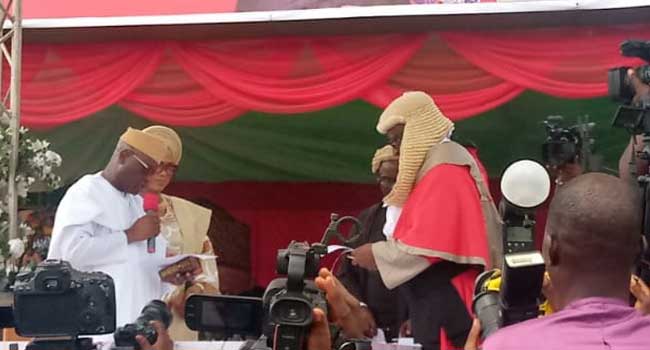 Mr Abiodun Oyebanji has taken his oath of office as the Ekiti State Governor.

He was sworn in by the Chief Judge of Ekiti State, Hon. Justice Oyewole Adeyeye at exactly 12:53 pm amid cheers from the mammoth crowd present.

Clad in white agbada with a cream cap to match, he pledged to preserve, protect and defend as well as preserve the office as governor.

Oyebanji’s deputy, Chief (Mrs) Monisade Afuye was also sworn in by the Chief Judge of Ekiti State. She took her oath of office at exactly 12:46 pm.

The immediate past Ekiti State Governor, Kayode Fayemi, his predecessor, Ayodele Fayose; Osun State Governor, Gboyega Oyetola were also at the Ekiti Parapo Pavillion, the venue for the inauguration.

Oyebanji served as the former Secretary to the State Governor under the administration of Fayemi before he resigned to pick up the All Progressives Congress (APC) governorship ticket.

Having contested in June 18 governorship poll, he polled 187,057 votes to beat his closest rival, Segun Oni of the Social Democratic Party, who garnered 82,211 votes and Otunba Bisi Kolawole of the Peoples Democratic Party who raked in 67,457 votes.

The Ikogosi-Ekiti-born governor is described as a grassroot politician. His emergence as governor has offered a platform for a thoroughbred local politician to govern Ekiti State for the first time. 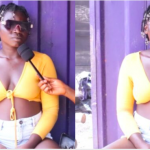 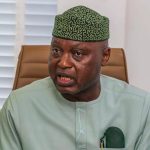