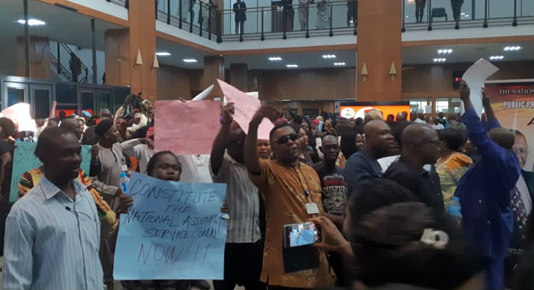 Members of the Parliamentary Staff Association of Nigeria (PASAN) on Monday took to the National Assembly in Abuja, in a protest over unpaid salaries.

The protesting workers barricaded the NASS complex thereby preventing anyone from gaining access.

This development follows the issuance of a four-day warning strike and nearly two weeks after a previous protest where they almost shut down legislative activities.

One of the leaders, Mr. Odo Chris told the protesting members to stick to their agreement with the police to embark on a strike action and not a protest that will prevent other people from gaining access to the National Assembly complex.

The strike is coming two days before President Muhammadu Buhari’s presentation of the 2019 appropriation to a joint session of the National Assembly.

The grievances of PASAN include a new condition of service for members, promotion, and payment of 28 percent increment in salary captured as contained in the 2018 budget. 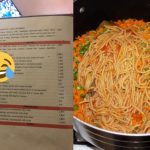