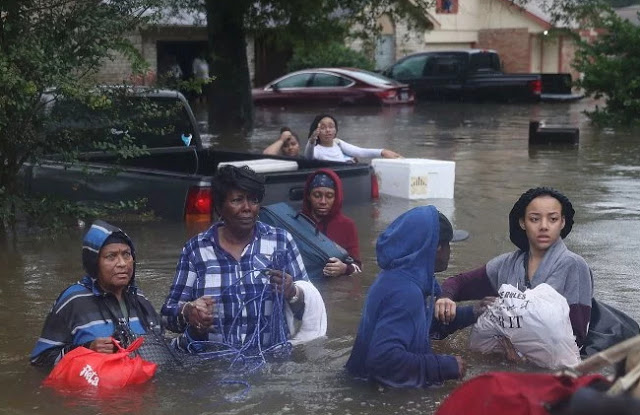 Harvey made a second landfall near the Louisiana-Texas border on Wednesday, drenching the region with rain that could lead to “catastrophic and life-threatening flooding.”

The rainfall that caused a deluge in Texas has ended for the most part in Houston and is moving east, threatening to dump an additional 3-6 inches from southwestern Louisiana into western Kentucky, the National Hurricane Center said.

Before Harvey made landfall around 5 a.m. ET, two people were killed when a tree fell onto a truck in Jackson County, Texas, an area that was “particularly hard hit” by the storm, officials said.
Louisiana has beefed up its emergency resources, doubling up on high water vehicles, boats and helicopters on duty.

Harvey is expected to bring winds of 30-40 mph and a 2-4 foot storm surge along the Louisiana-Texas border.

“We are dealing with a state that has already had a lot of rain this summer, so we are very aware and conscious of the potential for flooding,” said Col. Ed Bush, a public affairs officer for the Louisiana National Guard.

Southeastern Texas, including the saturated Houston area, is dealing with the aftermath of the catastrophic storm that has already claimed 11 victims.

Houston Police sergeant on his way to work and a Beaumont mother who was swept by water were confirmed dead on Tuesday.

First responders are loading boat after boat with evacuees, looking for an undetermined number of people who are missing, including six family members whose vehicle was swept away in the floods, and getting ready to face what is hidden under water.

Houston Mayor Sylvester Turner issued a midnight to 5 a.m. curfew until further notice. He tweeted the move is meant to prevent property crimes at evacuated homes. 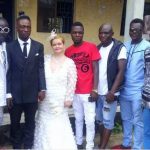 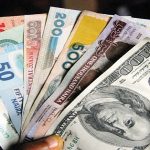