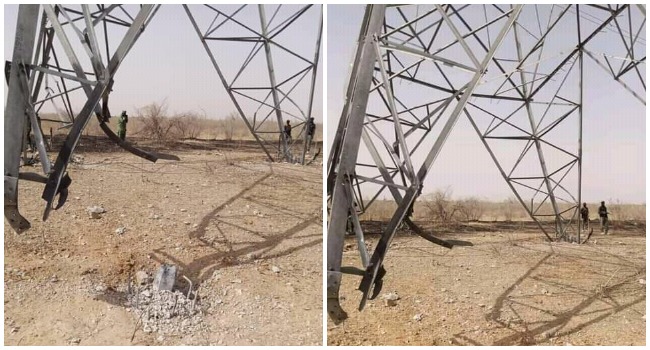 Boko Haram terrorists reportedly blew up a power tower in Maiduguri on March 27, 2021.

Barely three days after electricity was restored in Maiduguri, Boko Haram terrorists have plunged the North-East city into darkness again after blowing up a power tower on Saturday.

In January, the terrorists had struck power installations thrice to keep the city in the dark.

It took power authorities almost two months to repair the damage inflicted in January as the insurgents laid land mines, which injured officials of the Transmission Company of Nigeria when repairs commenced.

Repairs had to progress under heavy military escort, as residents and business owners turned to alternative power generating sets for electricity.

Last Wednesday, residents expressed elation after electricity from the national grid was restored.

But that elation now seems short-lived after Saturday’s attack.

“I am tired, depressed,” one resident told Channels Television. “It’s just too much for us.”

Maiduguri, the capital city of Borno State, has become a target for insurgents as the Nigerian military continues its offensive against terrorist operations in the nation’s North-East.

In February, at least ten persons were killed and 47 injured after Boko Haram launched explosives towards the city.

A Professor of socio-linguistics and international relations at the University of Maiduguri, Dikwa Khalifa, has said the attacks on Maiduguri should be interpreted as a sign of weakness on the part of the terrorists.

According to him, the attacks are meant to serve as distractions from the ongoing military operation in Boko Haram strongholds. 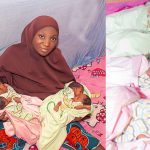 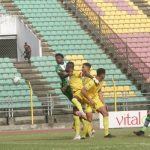