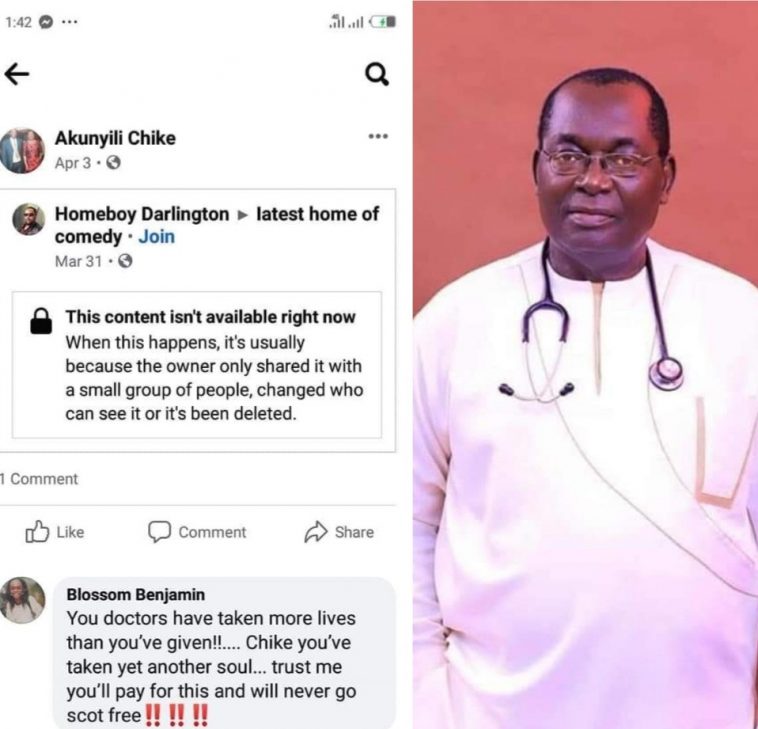 A certain Facebook user with the username Blossom Benjamin is trending on the platform following the murder of Dr. Chike Akunyili.

Following his death, Facebook users dug out an old comment made by a certain Blossom Benjamin, threatening to make the late doctor “pay” and “never go scot free”. 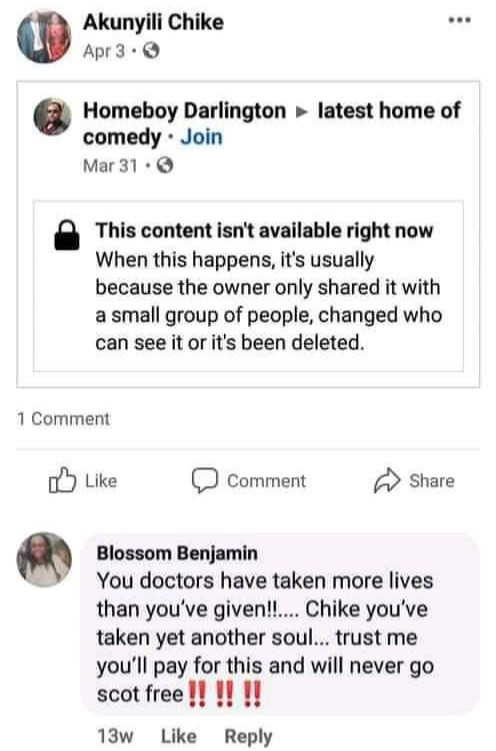 When Nigeriana checked the post where the threat was made, it was observed that the Facebook user who made the threat has now changed their name to Nimah Nnenna after Facebook users started calling them out. 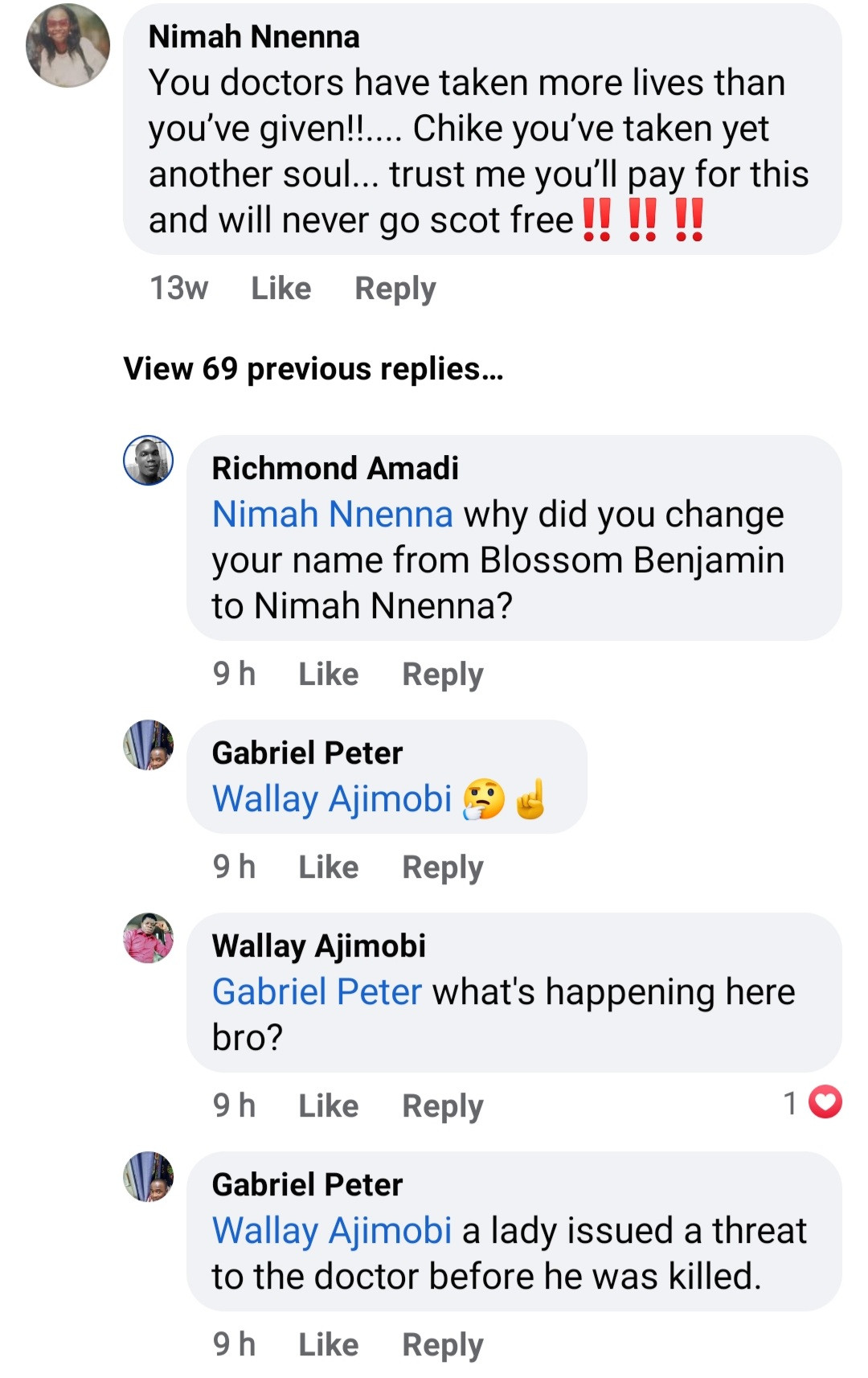 Below are some posts from Facebook users reacting to the threat. 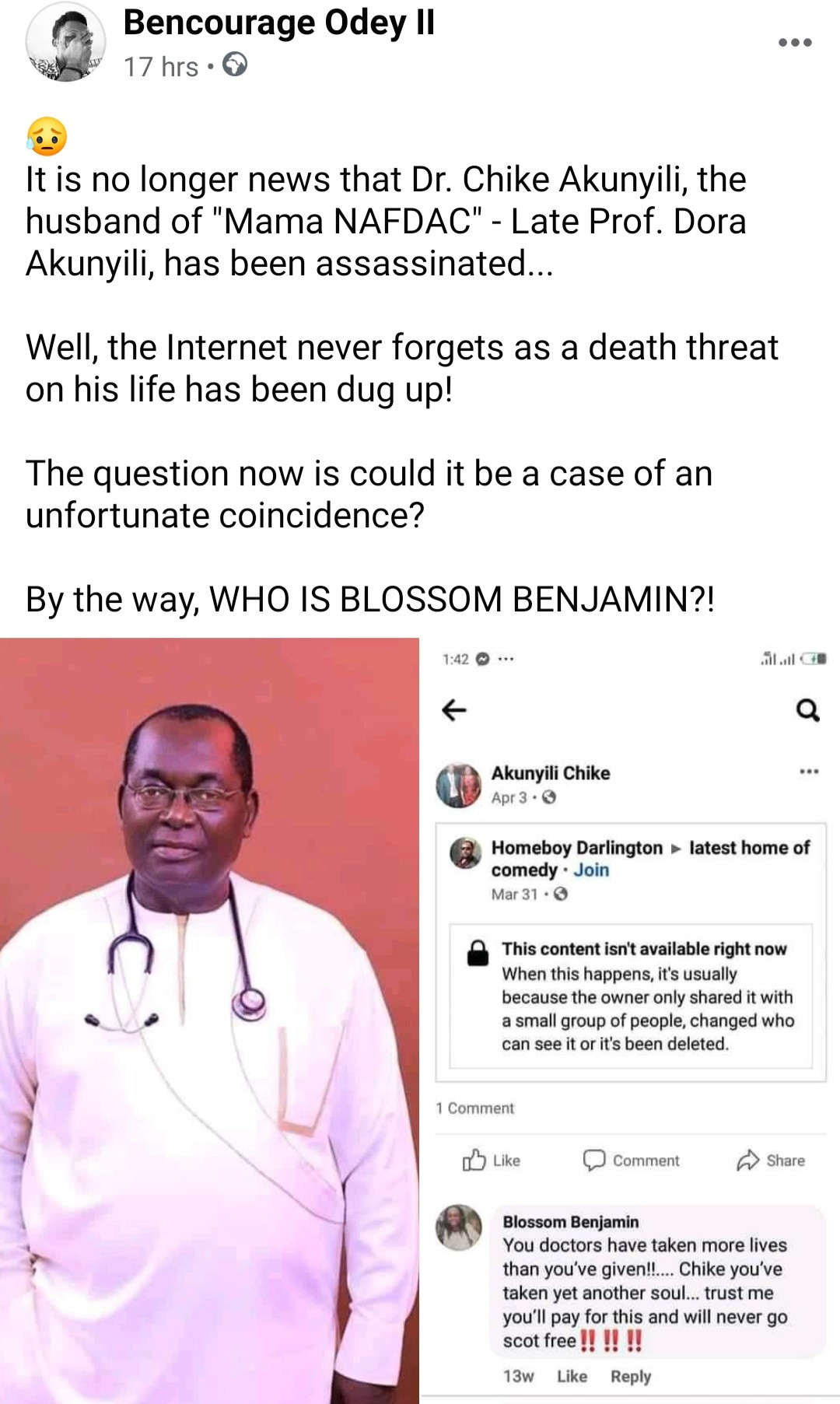 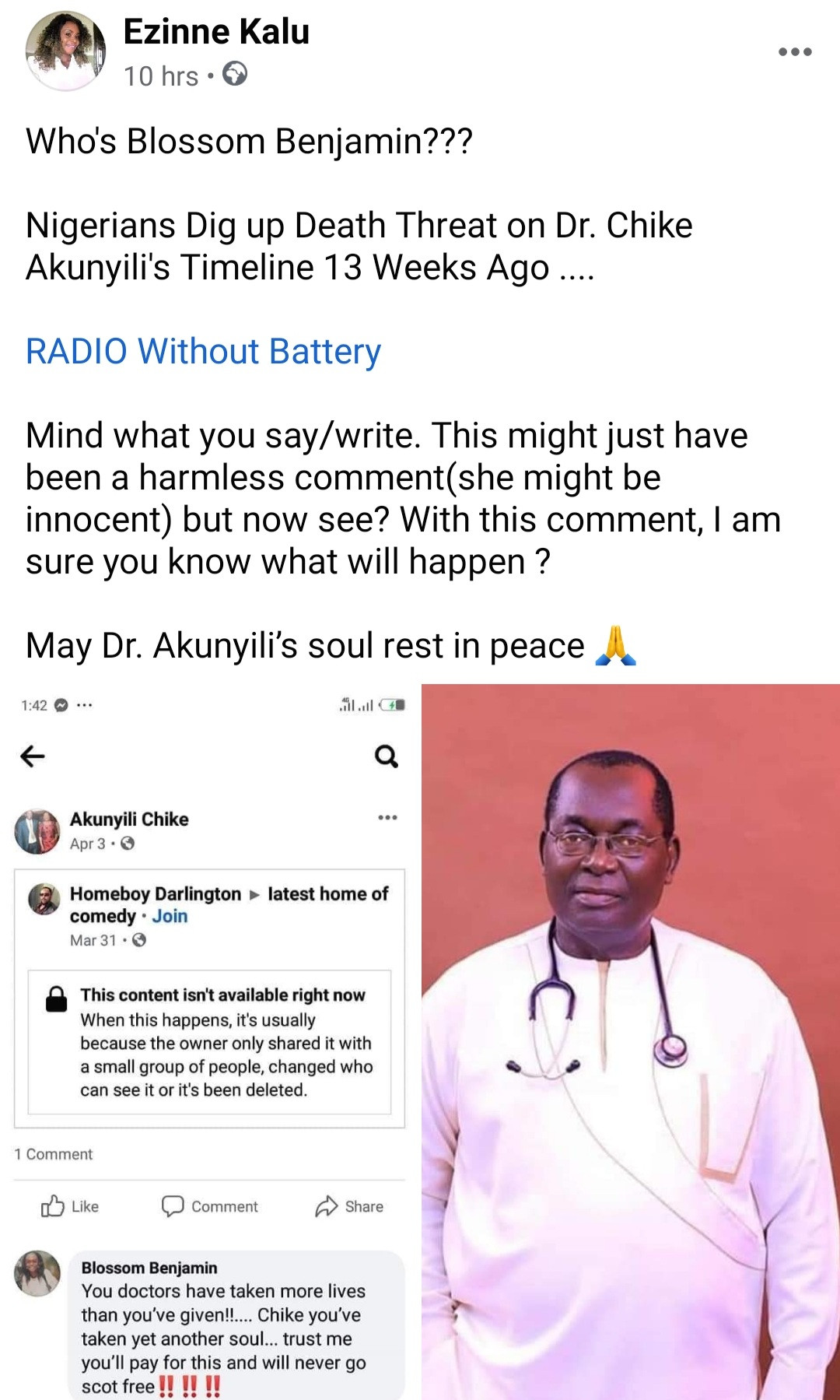 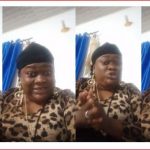