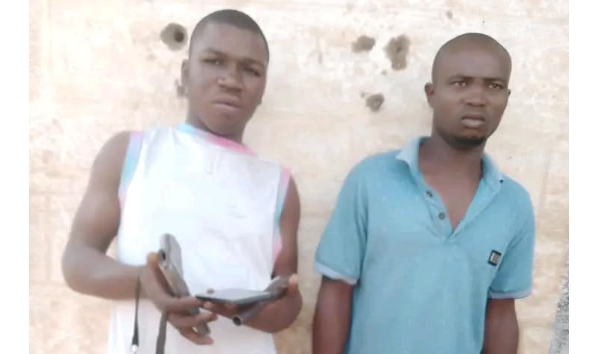 The suspects were arrested with two locally made pistols at Yaman Park, Wurukum area of Makurdi on Tuesday, November 15, 2022.

When interrogated, both suspects admitted snatching a phone from a traveler who alighted from Kano on Monday night, as well as collecting Twelve Thousand Naira (N12,000) from another traveler last week at gun point.

The suspects further narrated how they trick travellers into the their trap.

“I begged him to let me make a call with his phone and he obliged. Then, my friend followed him with slaps in the face. Out of fear, he ran away leaving us with the phone,” one of the suspects said.

The two suspects confessed to having been into the act for years but begged for forgiveness from their victims, BSCVG, Police and the public, saying they would desist forthwith if forgiven.

Parading the suspects at the BSCVG State Operational Office Railway Station Makurdi, the Patrol & Guard Officer (P&G) who is also the leader of the team Officer Ime Nathan along with the Principal Staff Officer (PSO) to the Commandant officer Adi Titus all reiterated their commitment to intensify such operations, promising that no stone will be left on turned to wiping out criminals in the state.

Ime said they will handover the suspects to the police to continue investigation and subsequent prosecution after the parade even as efforts were still on to tack other members of the sindicate. 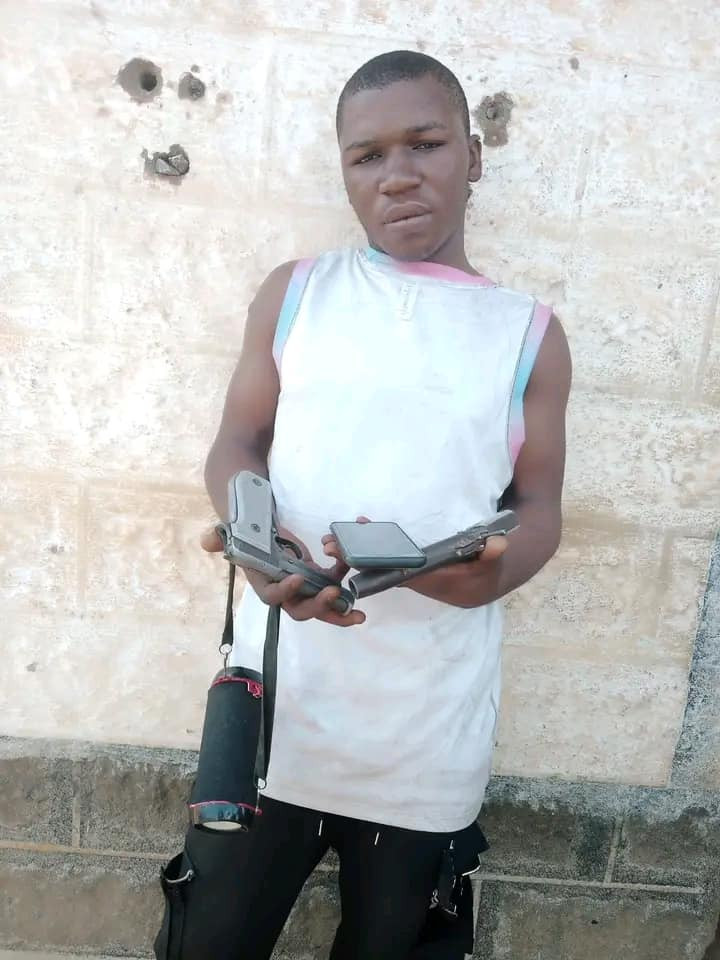 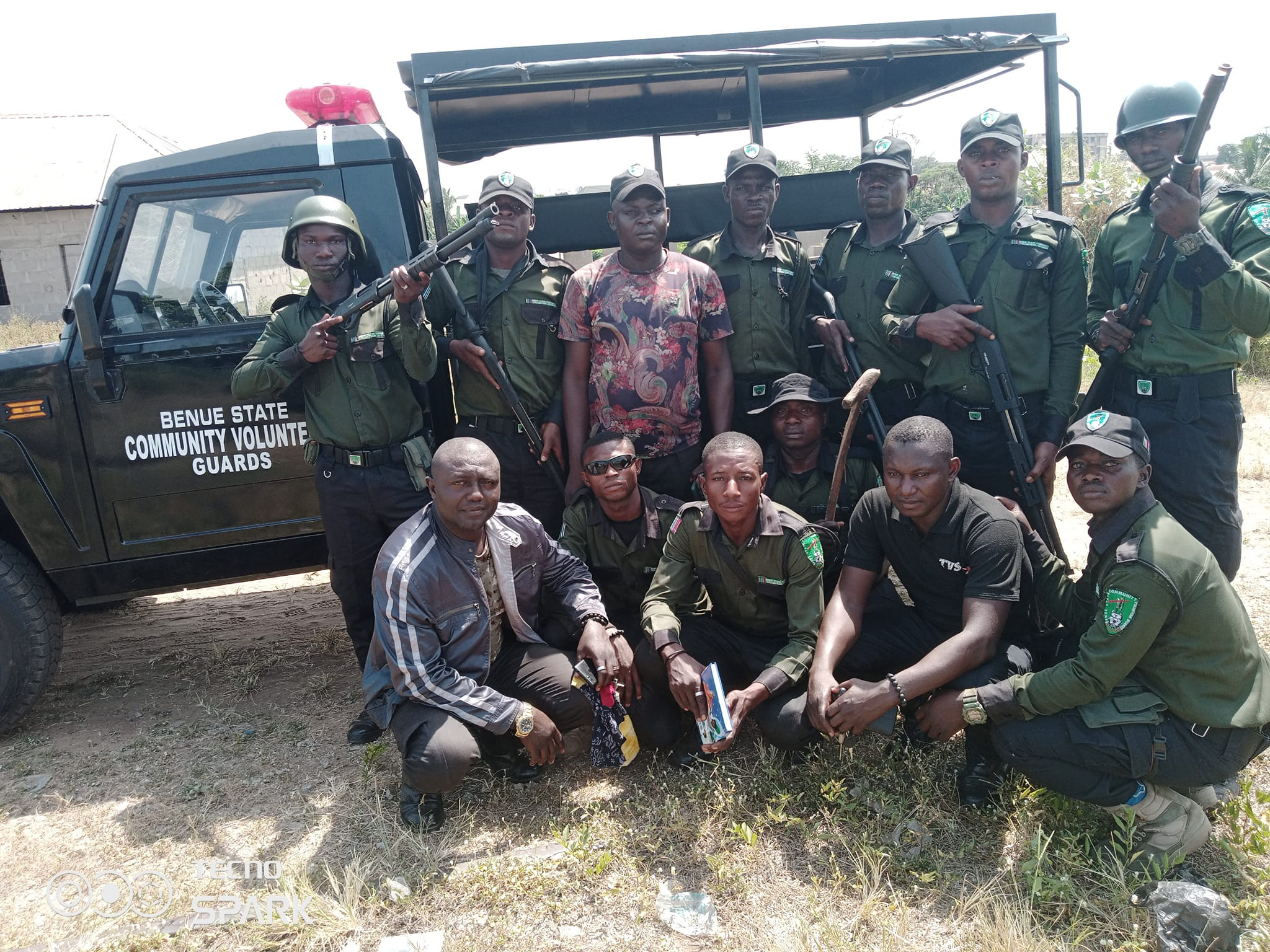 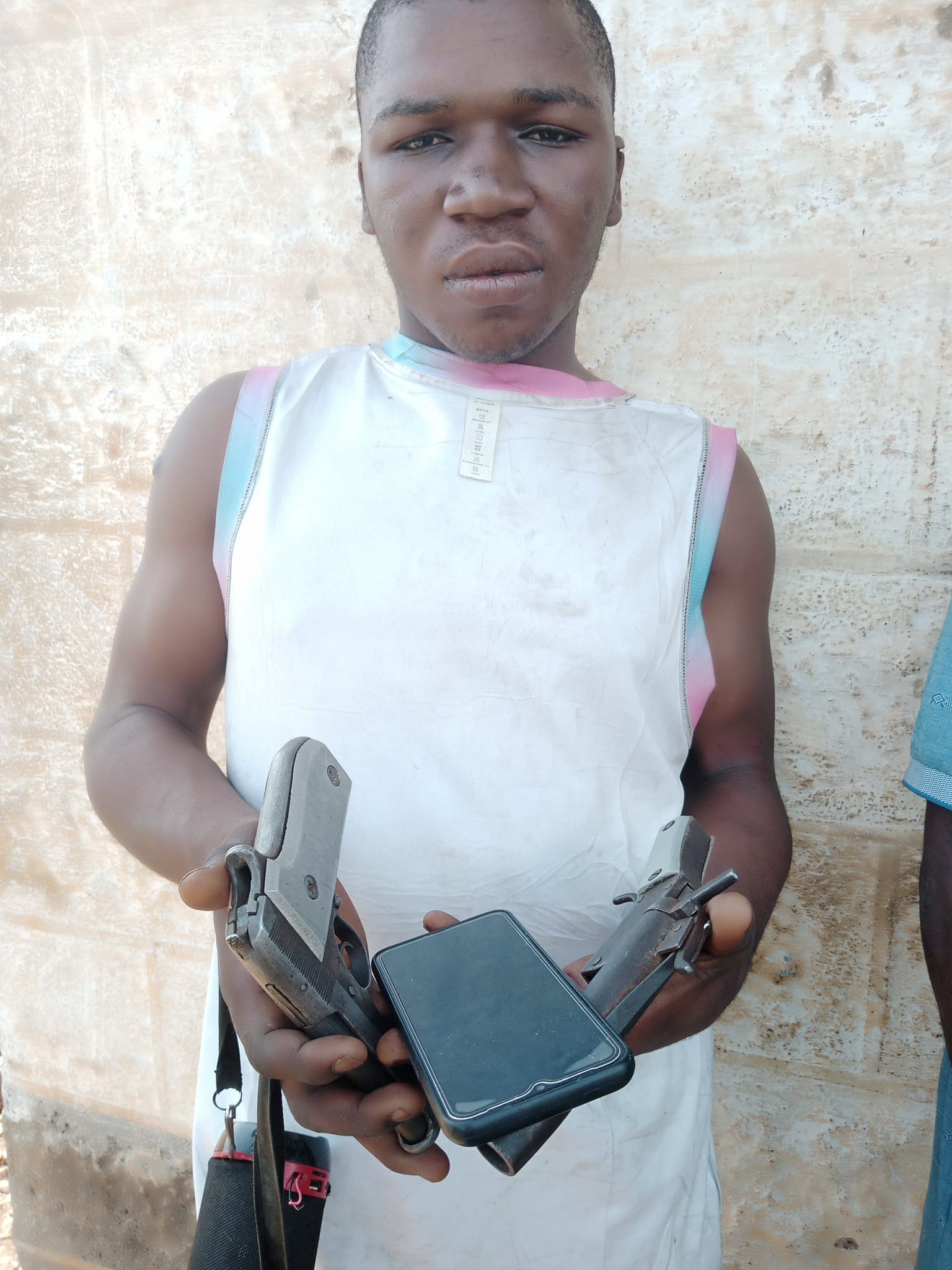 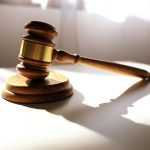 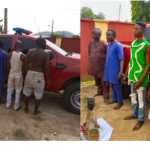