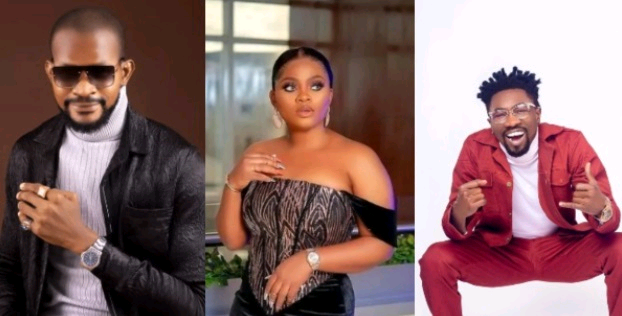 Tega has warned Uche Maduagwu after he made a post about her relationship with Boma Akpore during the Big Brother Naija reality show.

Uche had done a post, shaming Boma for getting intimate with a “married woman” on television.

Tega, the married woman in question, then responded to Uche, writing: “You go soon chop another slap.”

By “slap”, she was referring to the viral video of Uche Maduagwu being confronted by Jim Iyke over a post he made about him. The video is believed to have been made to promote Jim Iyke’s movie. 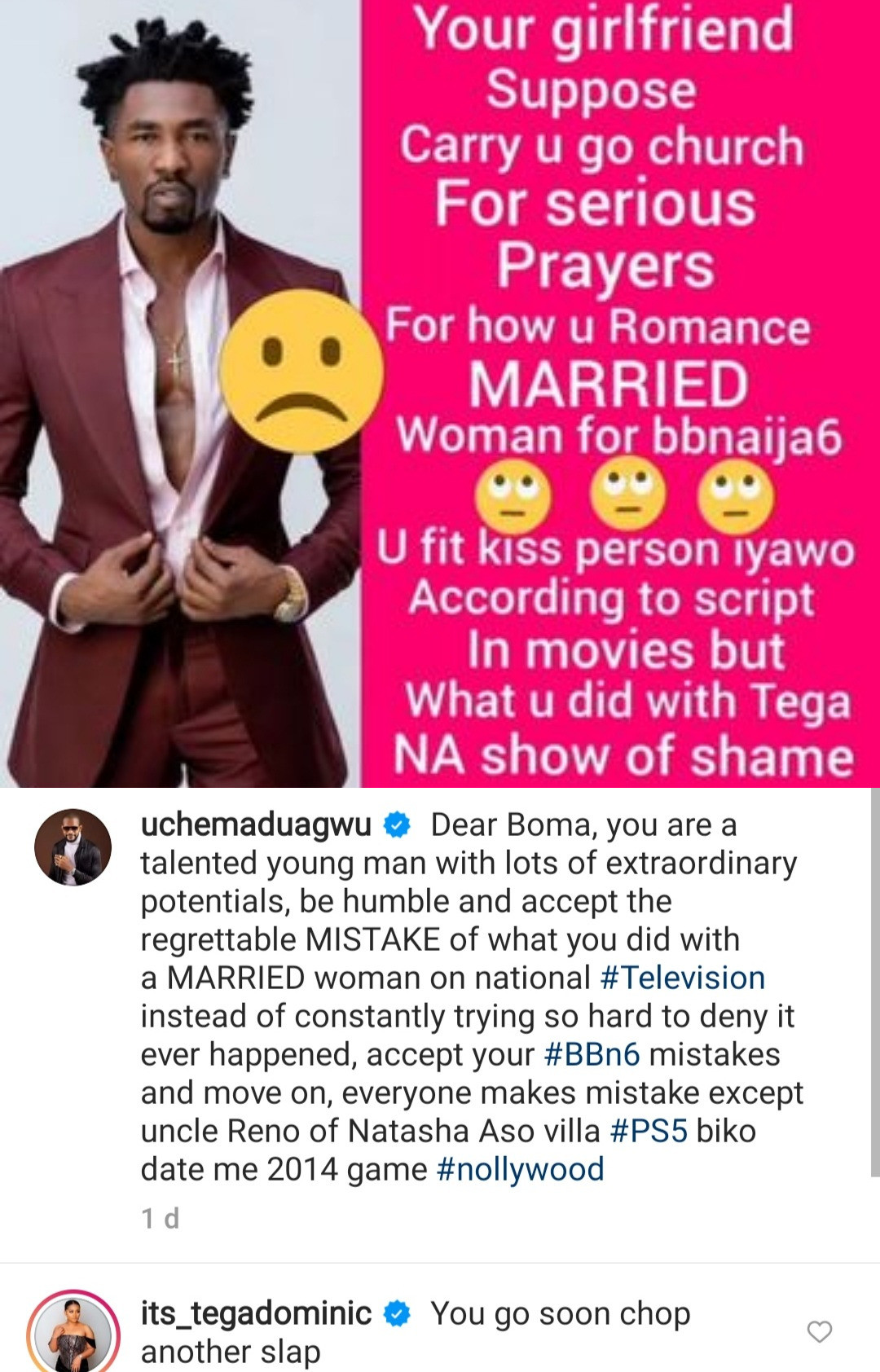 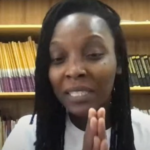 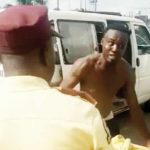