Senator Andy Uba has said that Awka, the capital city of Anambra State was the worst state capital in the whole of Nigeria.

Uba, a governorship aspirant of the All Progressives Congress (APC) disclosed this in Awka after touring the state aead of the primary election of the party slated for August 26.

In a statement issued by his media aide, Joseph Itazi, Uba after touring the 14 local government said that the state lacked a befitting capital.

He added that his tour of the state had also re-emphasised the enormous work that needed to be done in the state.

“Let us look at Awka as a state capital, Awka till today remain’s the worst capital in the whole of Nigeria, it’s present infrastructural state does not justify its status as a capital city.

“When I won my elections in 2007, I had plans for Awka, we were going to create a new Awka, with well laid out plans befitting to a state like ours

“Sadly, I was removed from office after 17 days and till date no administration has deemed it worthy to toe such a path.

“Let me assure you that in my first year in office, I will begin to implement such ideas, Awka must be given the status it deserves,” he said.

Uba said that the current administration in the state lacked ideas and had failed to deliver benefits to Anambra people.

He said that the state had not had any development since the administration adding that he was aware of the enormous work that needed to be done if he is voted in as the State governor.

He bemoaned the state of infrastructure in the state, promising to galvanize all resources available to the state for the benefit of its citizens.

He urged the delegates to ignore the lies peddled against him, stating that he at no point in time had the intention of changing or removing any of the party leaders, officials  or delegates.

Uba also promised to run an inclusive campaign that would be powered by ideas. 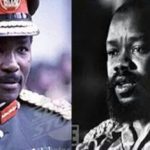