PHOTO USED TO DEPIC THE STORY: A picture taken on November 13, 2018, shows Tanzanian soldiers from the United Nations Organization Stabilization Mission in the Democratic Republic of the Congo (MONUSCO) patroling against Ugandan Allied Democratic Force (ADF) rebels in Beni. The Beni area has for the last four years been under seige from the ADF, an Islamist armed group that has killed hundreds of people since 2014. PHOTO: John WESSELS / AFP

The Zamfara state government has confirmed the arrest of an Army officer and his girlfriend for aiding banditry in the state.

The officer is accused of supplying arms, military uniforms, and other items to the bandits.

Authorities in the state say the arrest further confirms the position of the state Governor Bello Matawalle, that until the security structure in the state is reviewed, banditry and kidnapping will continue to strive.

The government is worried that some security operatives deployed to protect the lives and properties of residents are now aiding banditry which is worsening the situation.

“Another issue of topical importance is the recent arrest by the Military of an Army officer and his girlfriend who are engaged in assisting bandits with Military uniforms and ammunition in active connivance with other saboteurs.

“While the state government awaits the action the military will take on this matter and make an official statement, the development has further proved the position of Governor Bello Mohammed that until bad eggs and saboteurs among those fighting banditry are cleared, we may not record the desired success in the fight.

“Let me use this medium to salute the courage and patriotism of the individuals who came forward with information that led to the arrest of these traitors,” a government communique partly read. 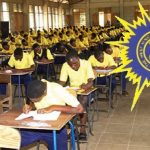 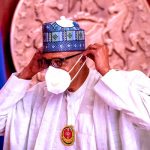